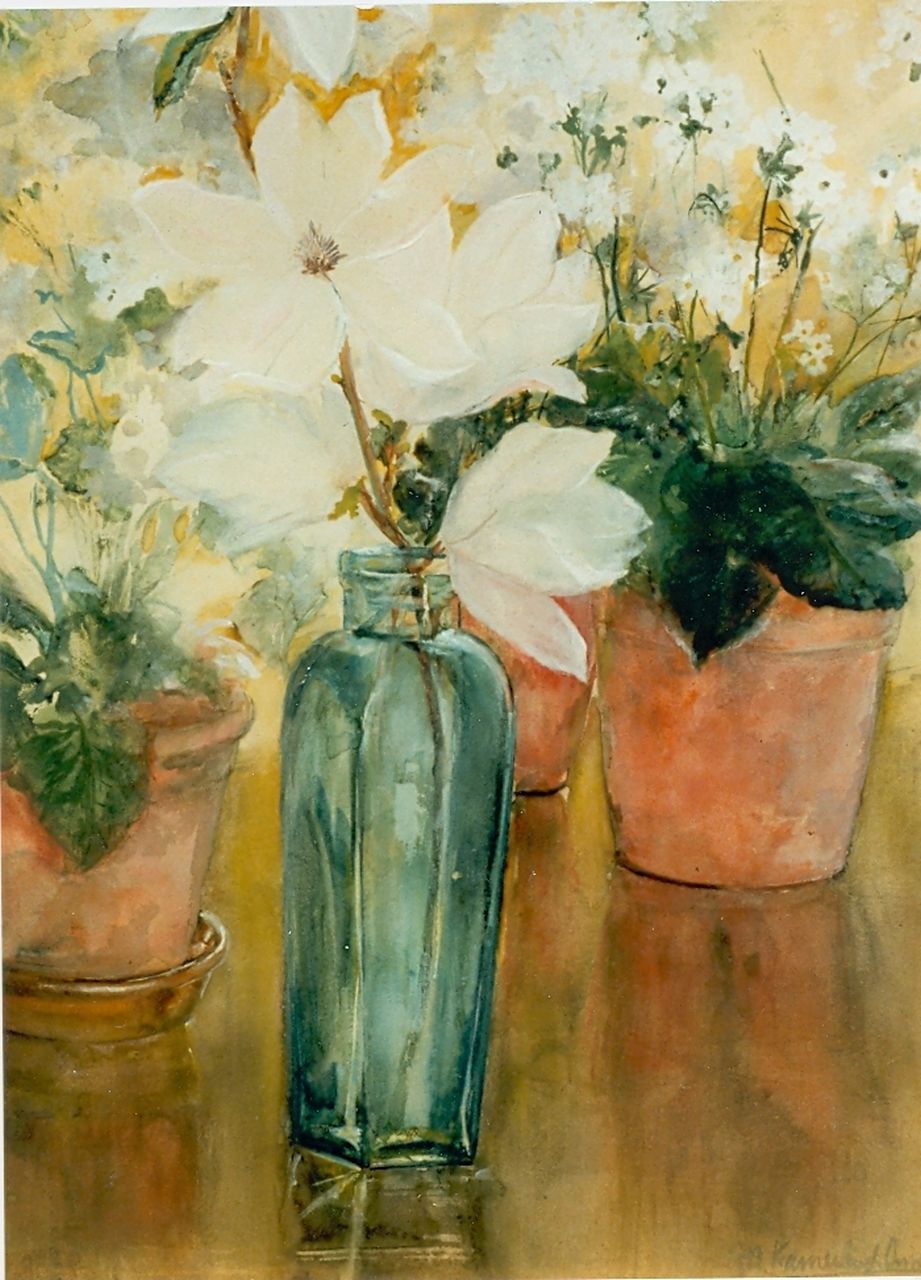 The Leiden painter Menso Kamerlingh Onnes was initially influenced as a painter by the Hague School. From the nineties, however, his style became freer and looser. In particular, his flower still lifes, also known as 'flower depictions' by contemporaries, were sometimes depicted in extremely daring color schemes and in an astonishingly loose painting style. From travels to Morocco and Algeria he brought with him a number of studies of Eastern cityscapes and landscapes, which form a somewhat strange element in his oeuvre consisting mainly of still lifes and figurines. Until 1900 Kamerlingh Onnes regularly submitted work to exhibitions of Pulchri Studio and Arti et Amicitiae. After that he devoted himself more and more to arts and crafts. At his death in 1925, his relatively small oeuvre was mainly family owned. Museums: Municipal Museum de Lakenhal, Leiden. 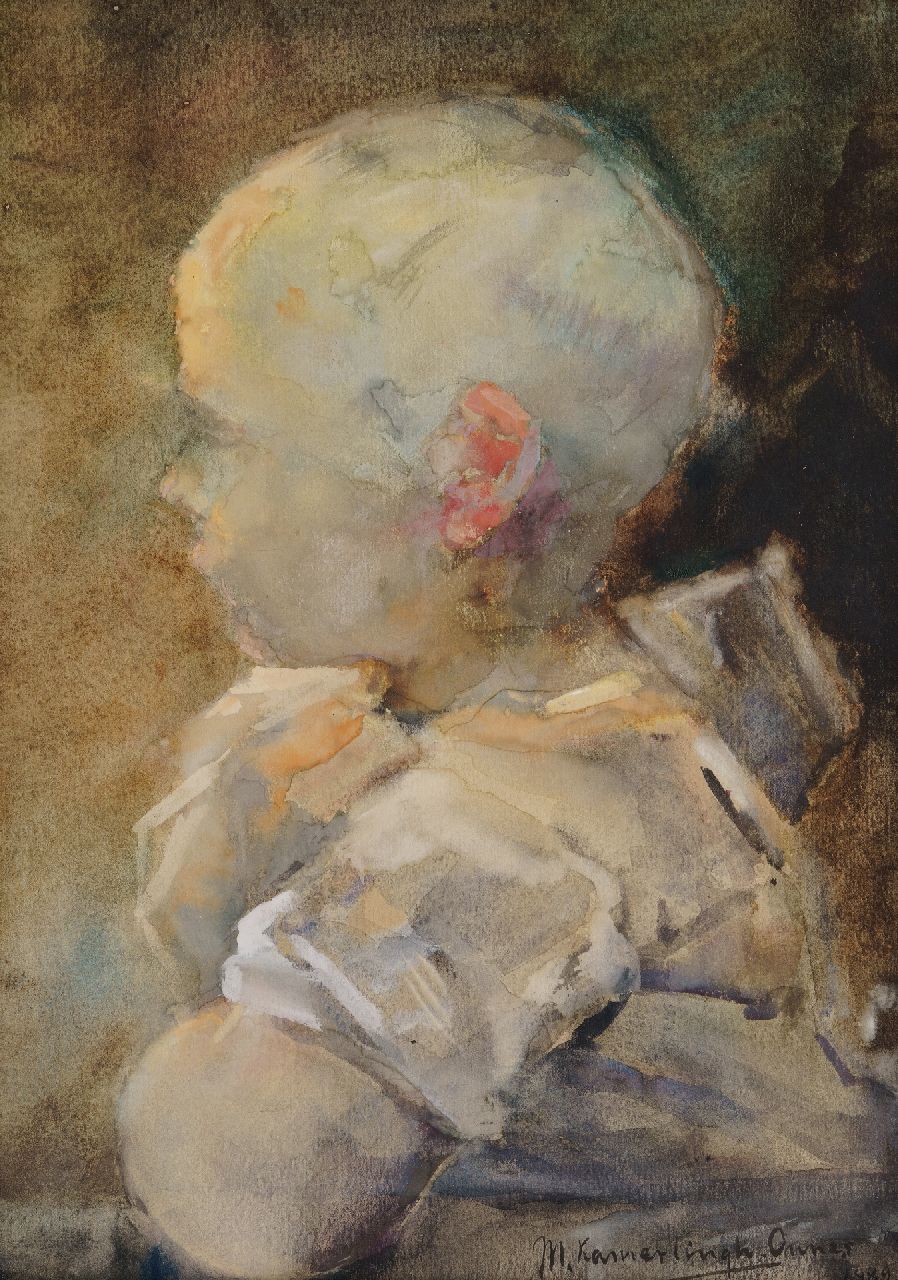