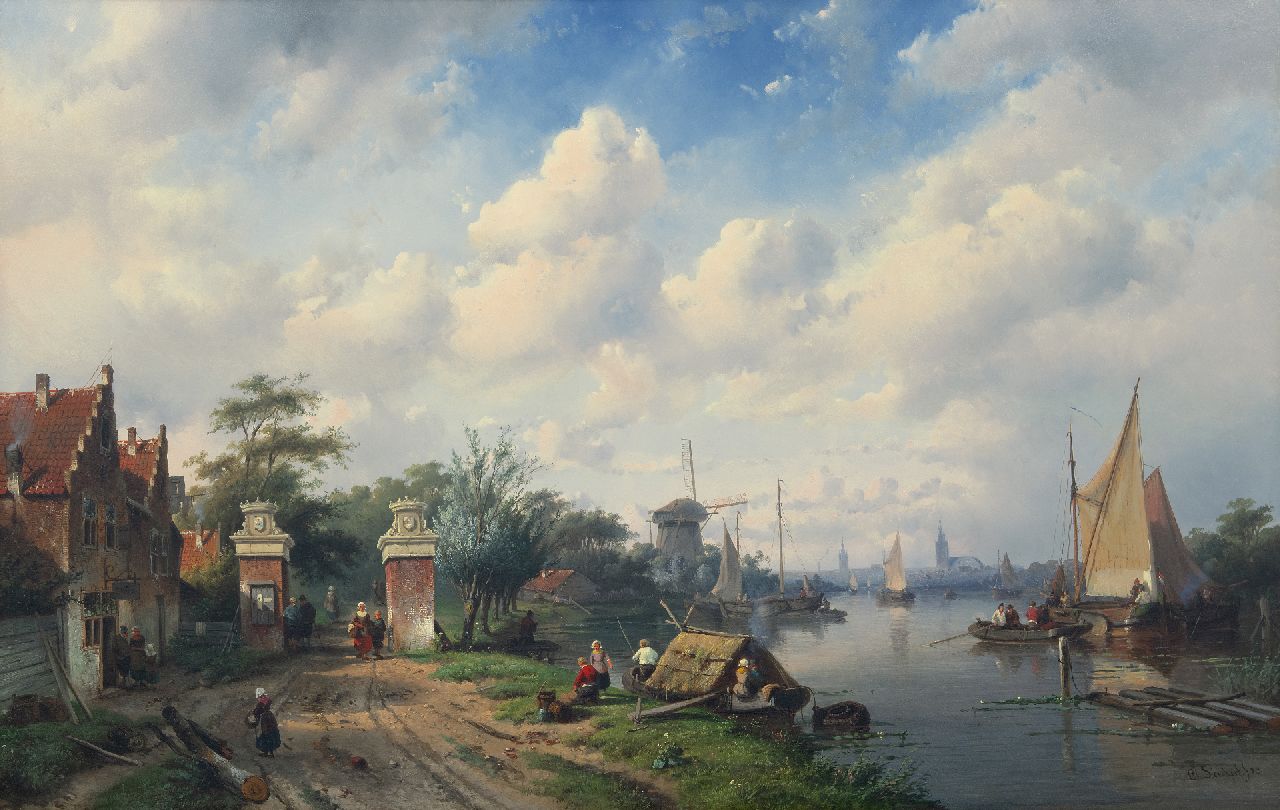 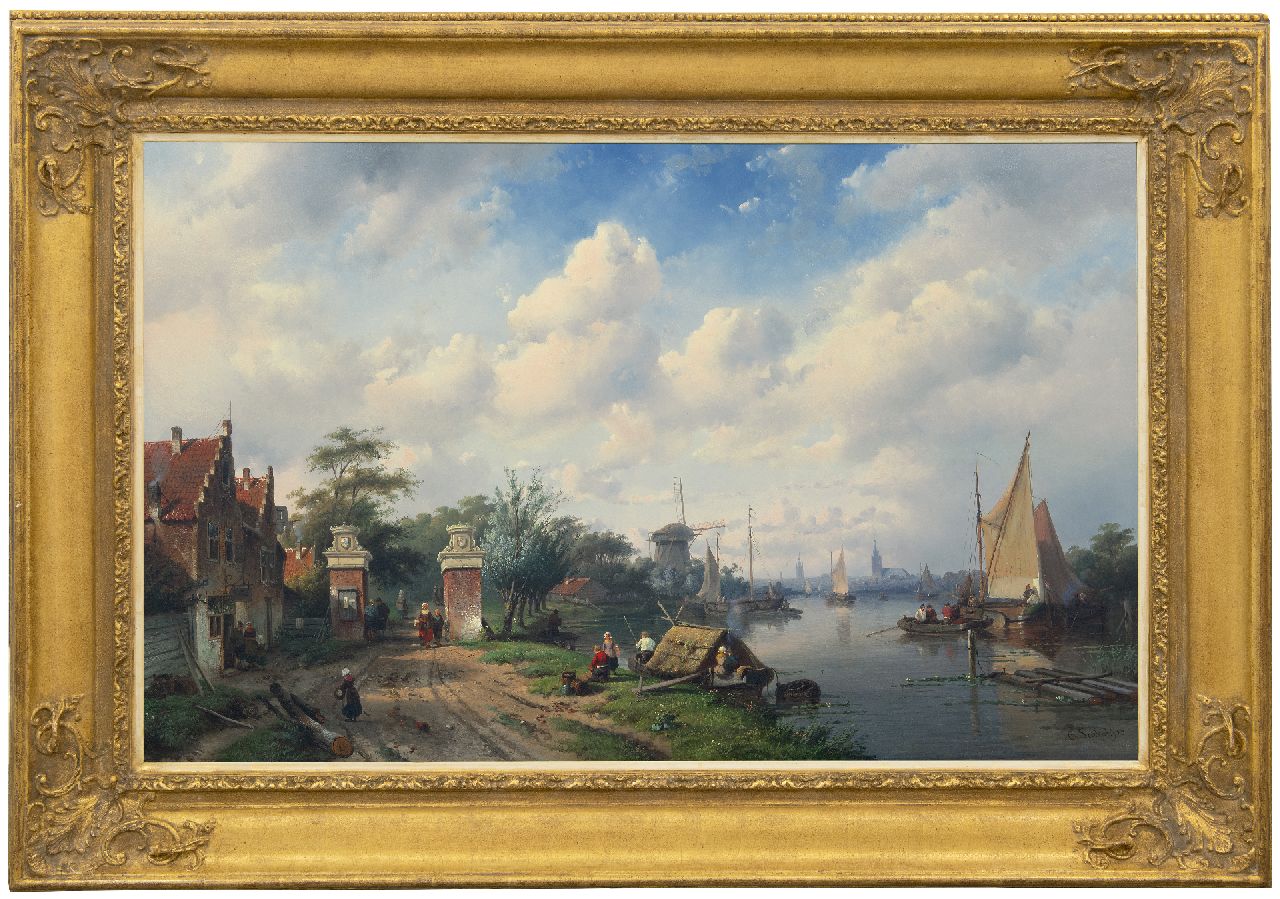 Charles Leickert was a pupil of W.J.J. Nuijen for a short time and, from 1839, of Andreas Schelfhout. It was the latter artist in particular who had a dominant influence on his work. Leickert painted exquisite Dutch ice scenes, summer landscapes and river views in which he incorporated all kinds of motifs from his sketchbooks. After 1859 he also painted beach scenes and cityscapes. The appeal of his paintings owes much to the splendid play of light and highly narrative detail.

Also for sale from Leickert C.H.J. 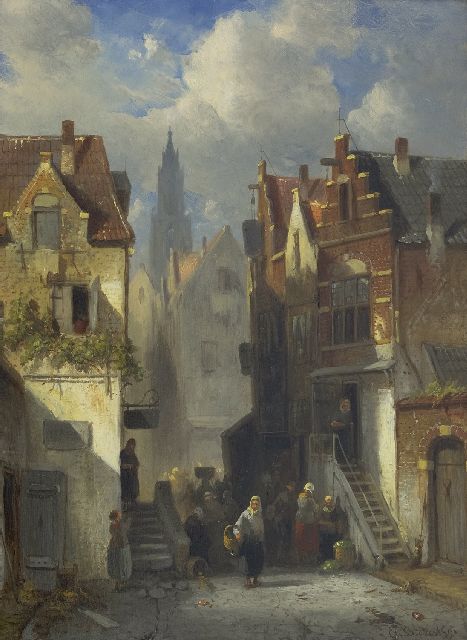 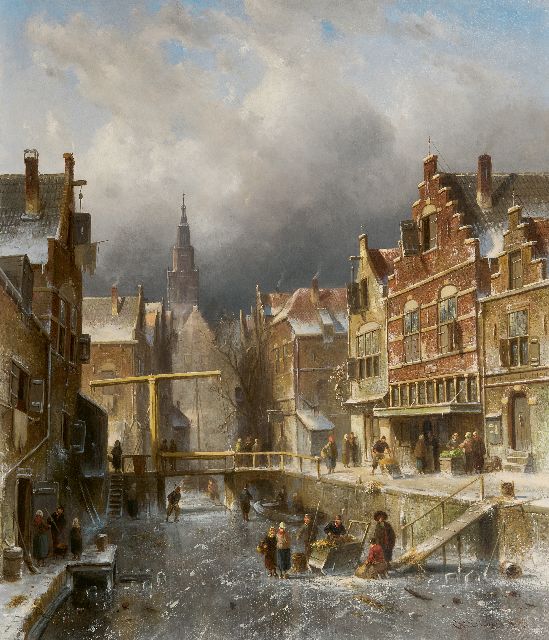 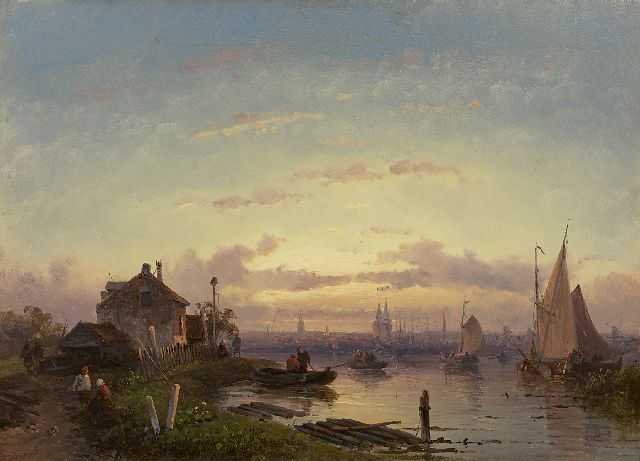 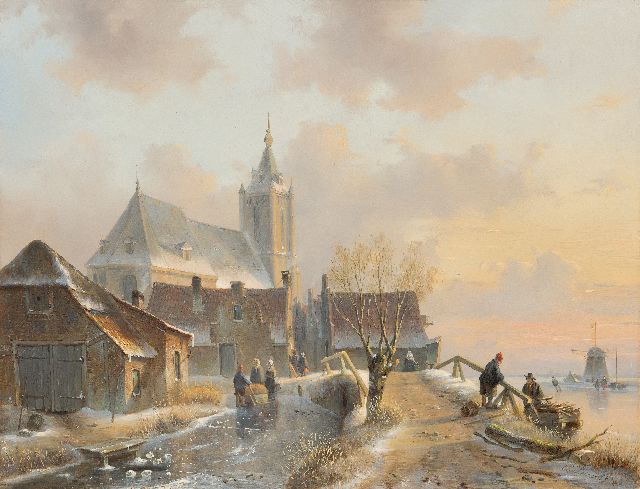 A snowy village view with skaters, 1845 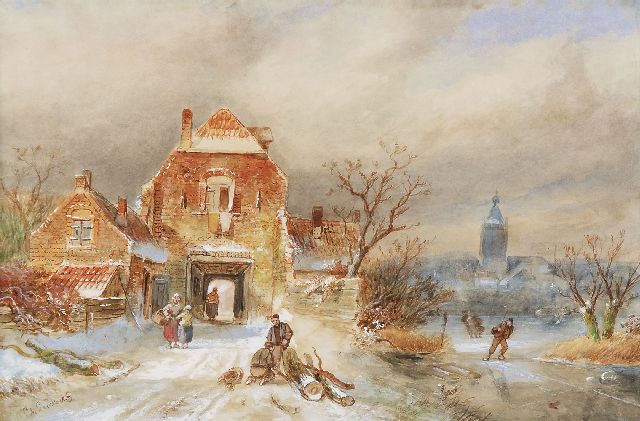 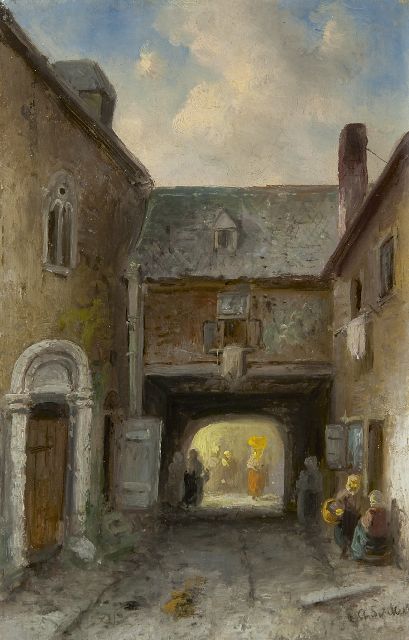 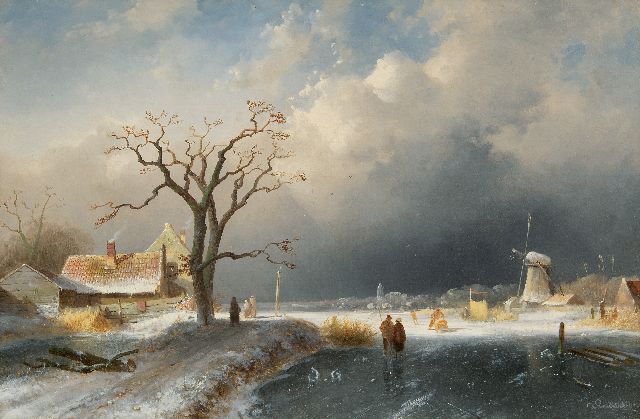 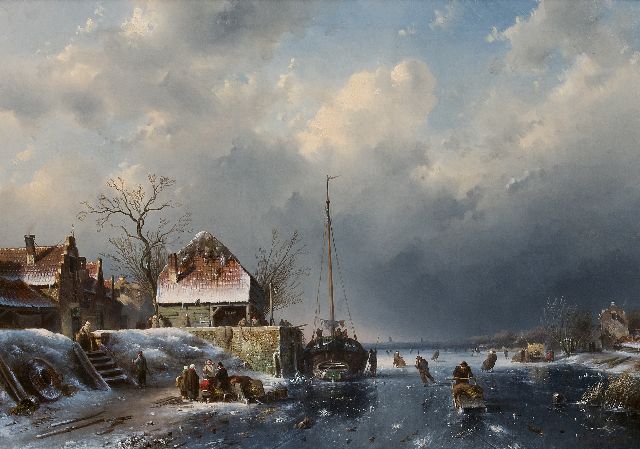 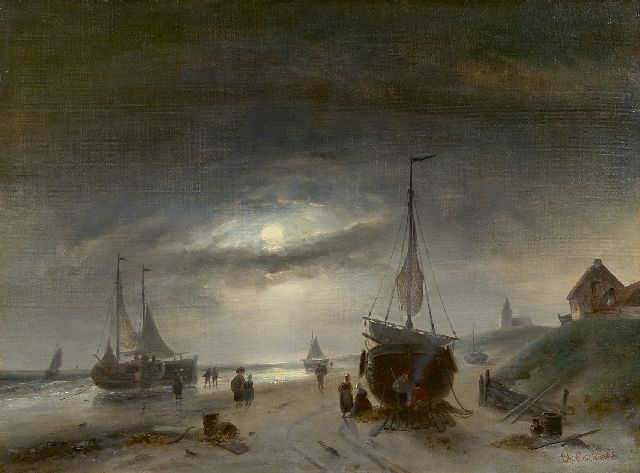 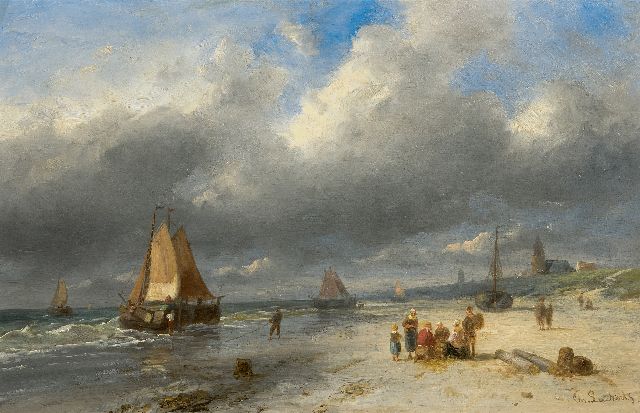 Bringing in the catch, Scheveningen 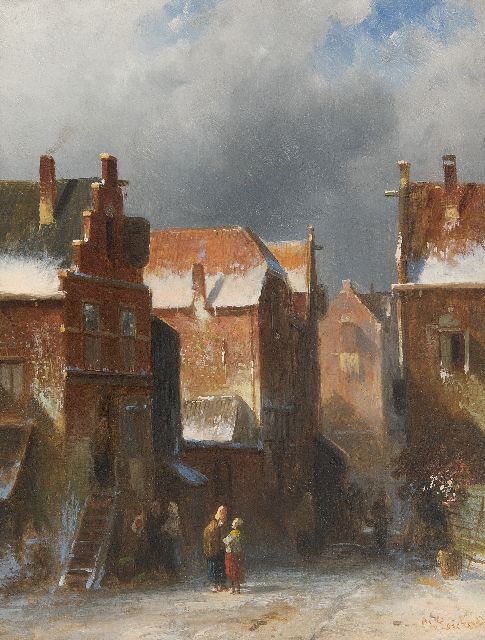 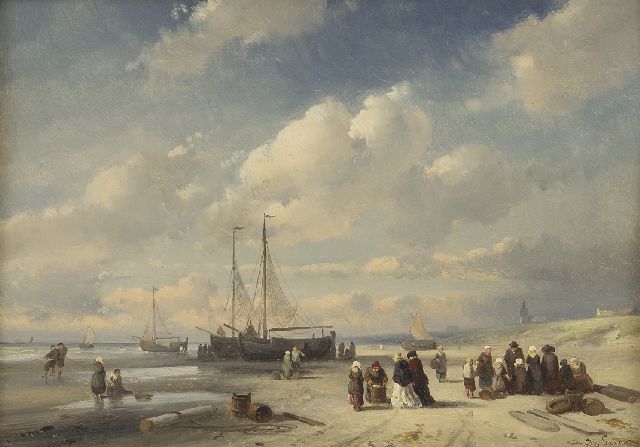 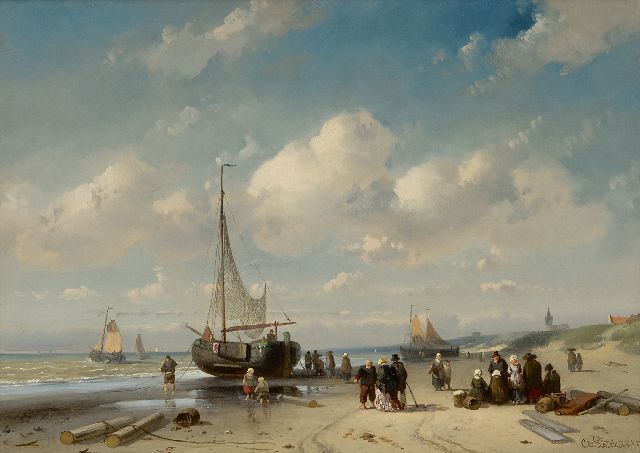 Fishermen and an elegant couple on the beach at Scheveningen, 1857 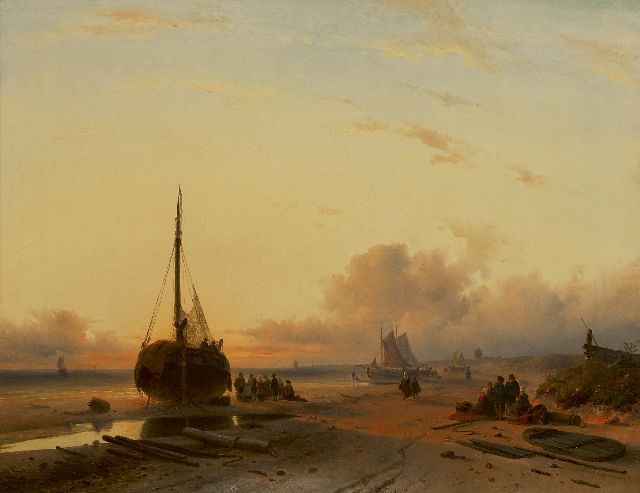 Fishing vessels on a beach at sunset, 1845 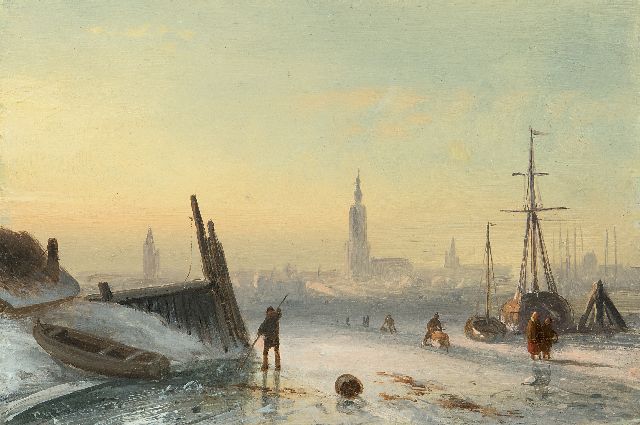 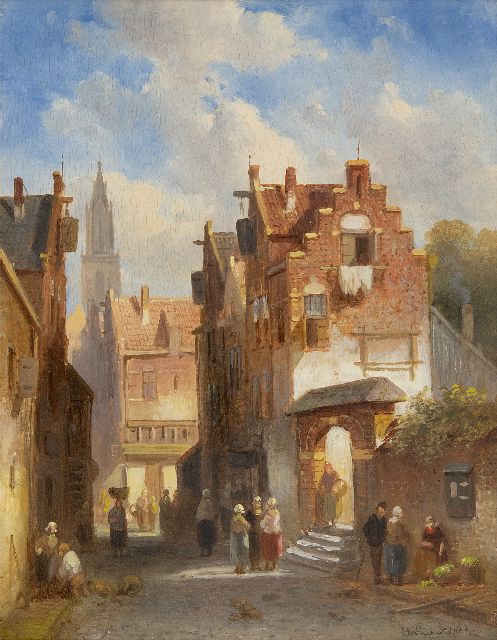 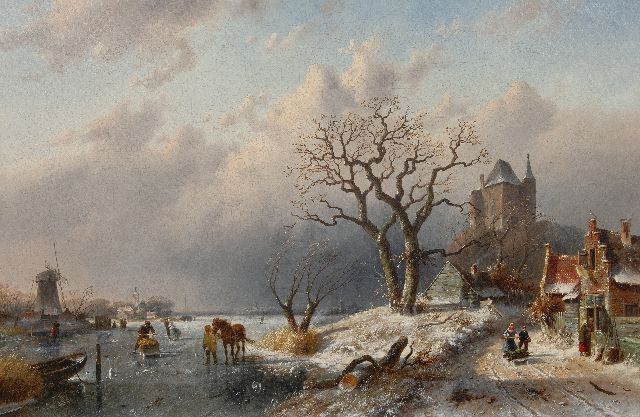 Winter landscape with skaters and land folk on a path