In 1854 Alida van Stolk from The Hague was the first woman to be admitted to the Pulchri Studio as an art-loving member. It shows how much the flower and fruit pieces and hunting still lifes of this 24-year-old painter were appreciated. At about the same time, she was commissioned to paint the upper door pieces for Queen Sophie's rooms in Huis ten Bosch Palace. When she was 35, Alida van Stolk moved – probably permanently – to Paris, where she exhibited frequently at the Salon .

for salepaintings by Alida van Stolk 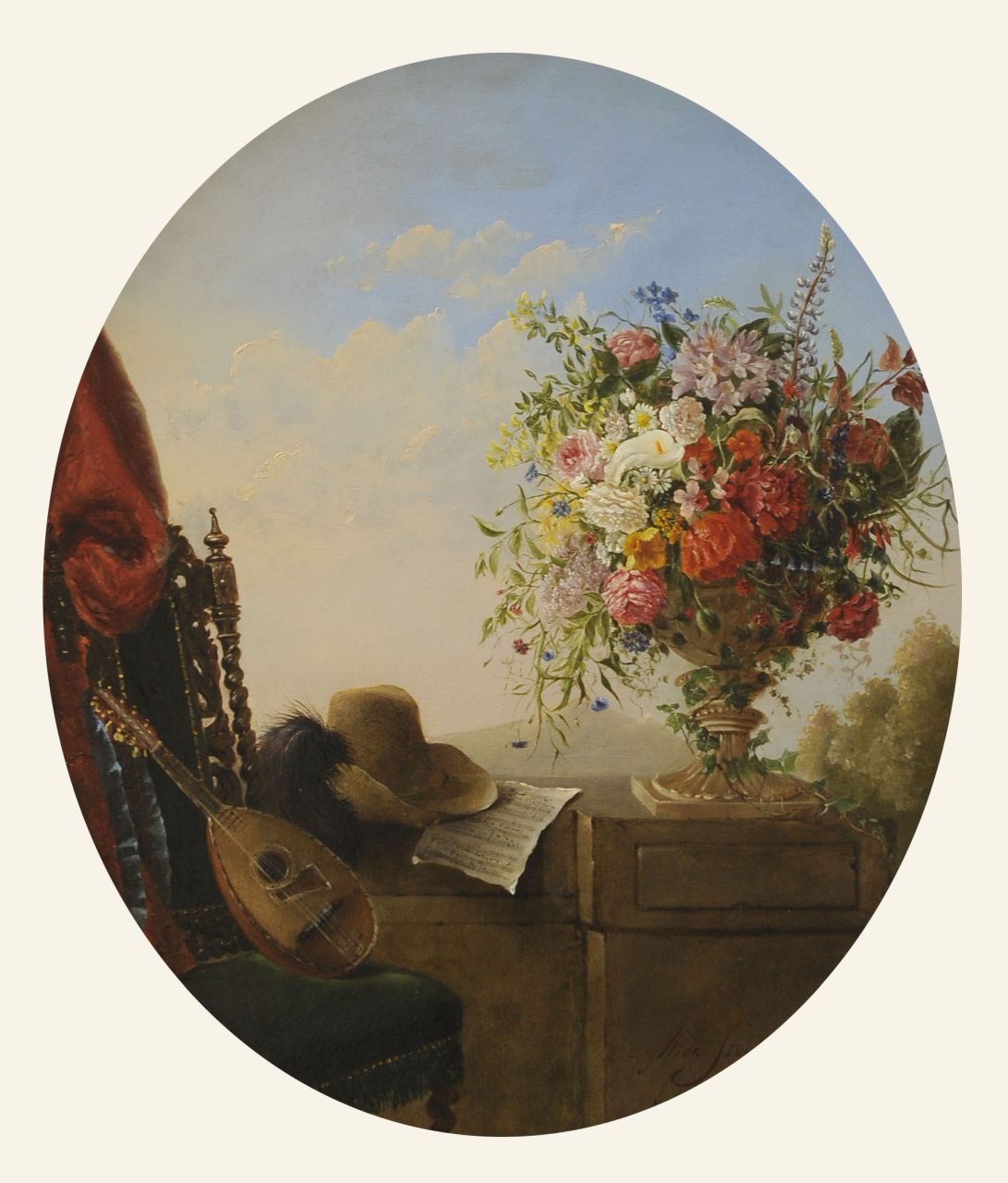