Simonis & Buunk: who, what, where.

Simonis & Buunk is a family business that has been dealing in art since 1927. The diverse collection includes over 3,000 paintings and watercolours, the majority of which are by 19th and 20th-century Dutch Masters. The art is on display in three galleries in centrally located Ede. The 19th-century gallery features Dutch Romanticism and Impressionism from the Hague and Amsterdam Schools. The 20th century is represented by works by Neo-Impressionists, Luminists, Classical Modernists, Expressionists, Realists and Post-War Abstractionists. A collection of sculptures – on display in the sculpture garden and in the three galleries – complements the painting collections. 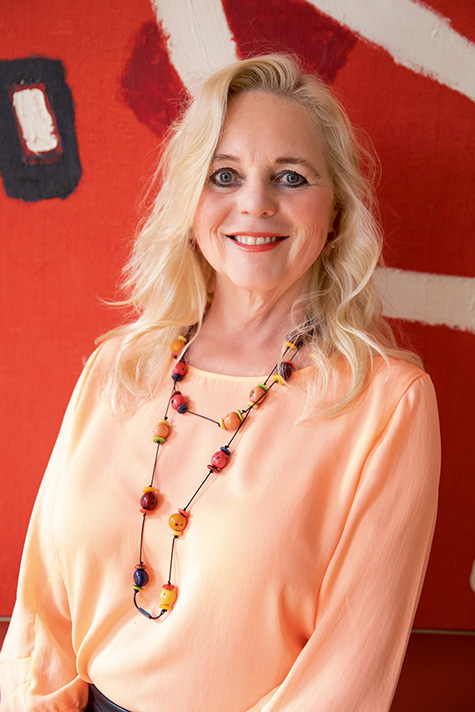 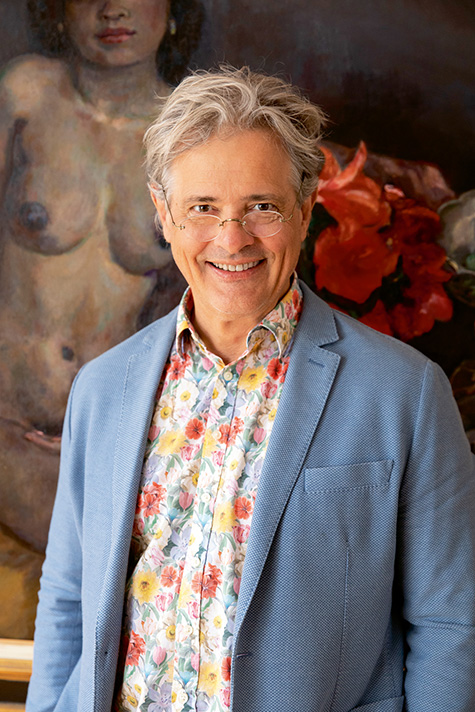 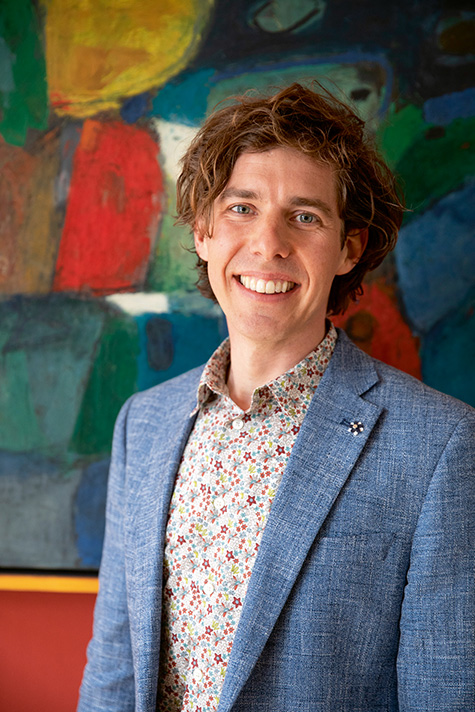 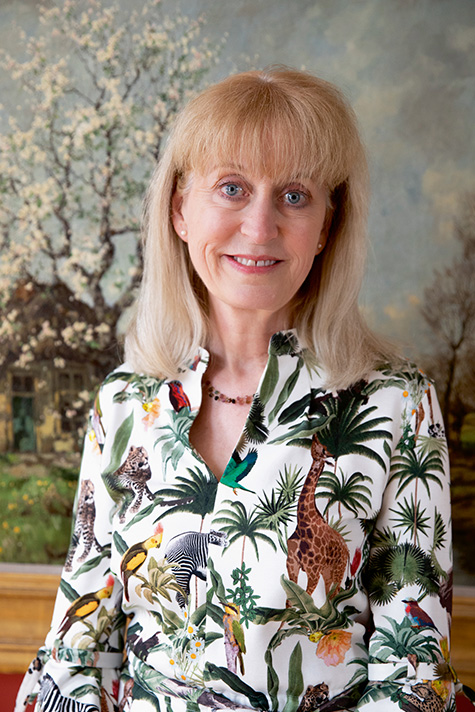 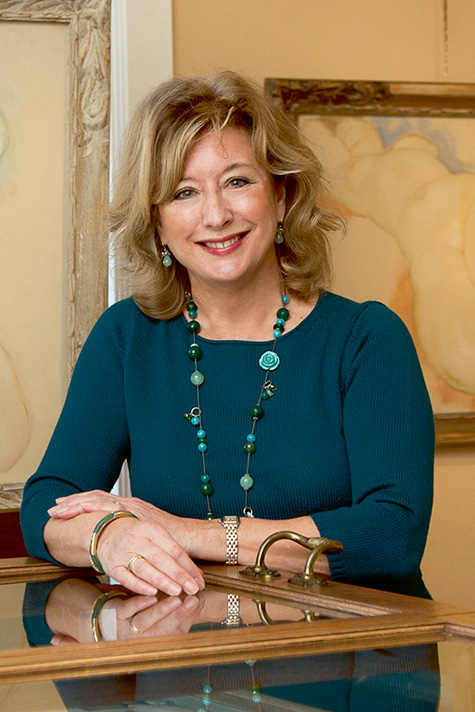 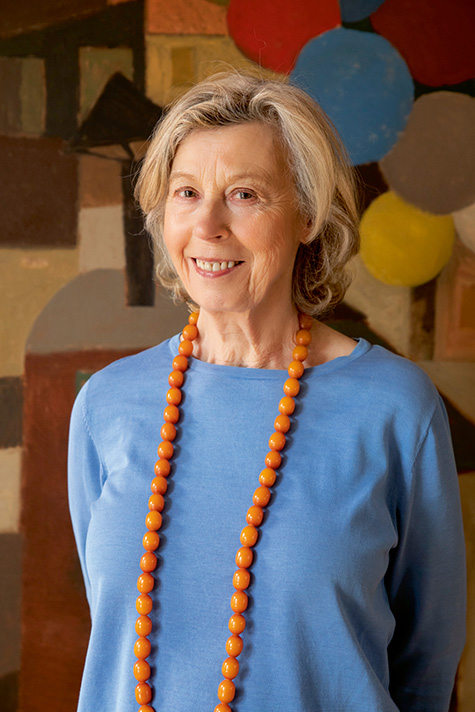 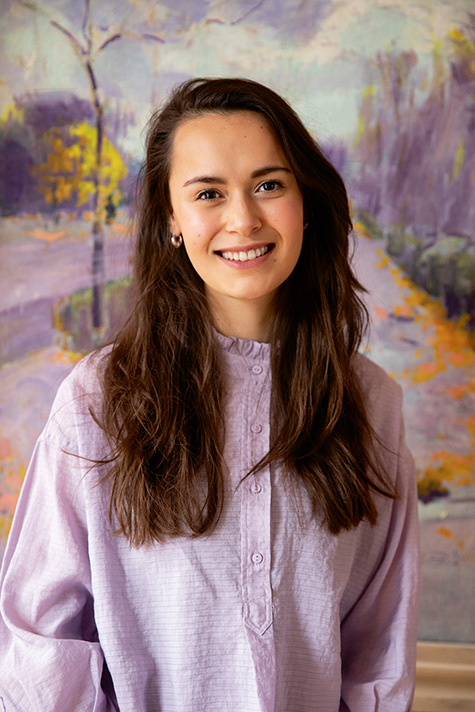 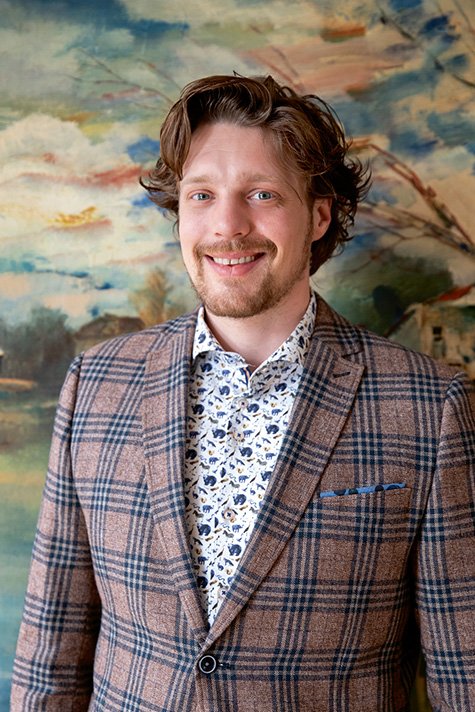 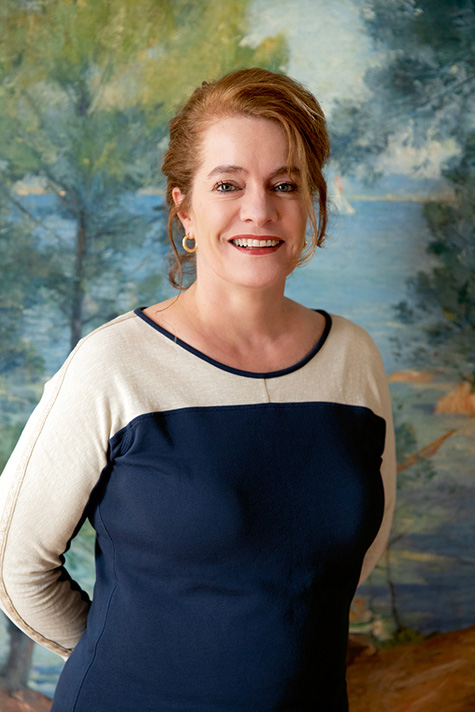 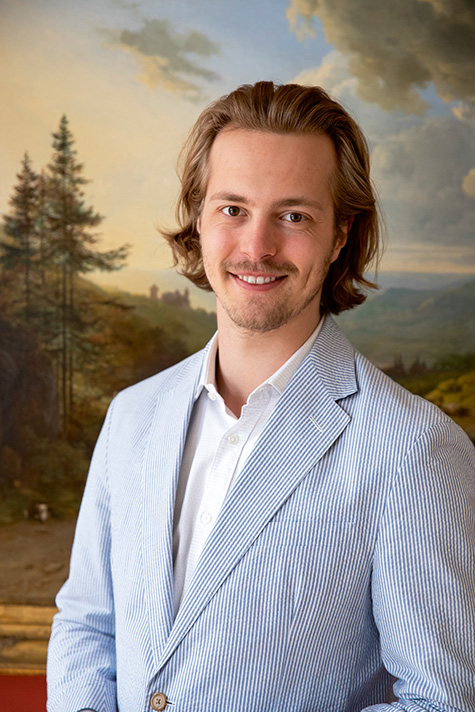 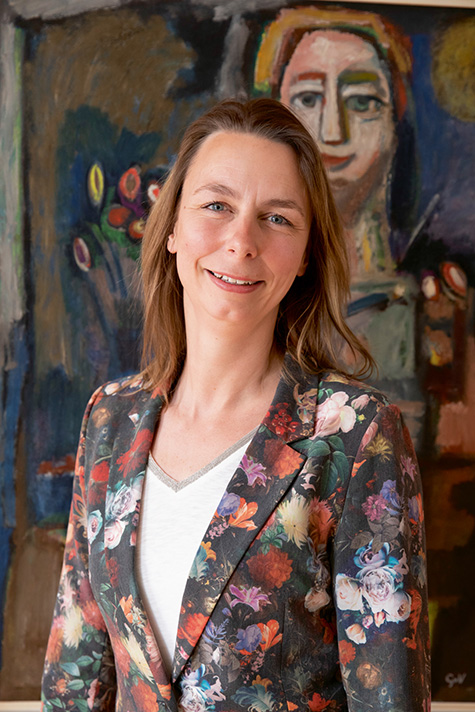 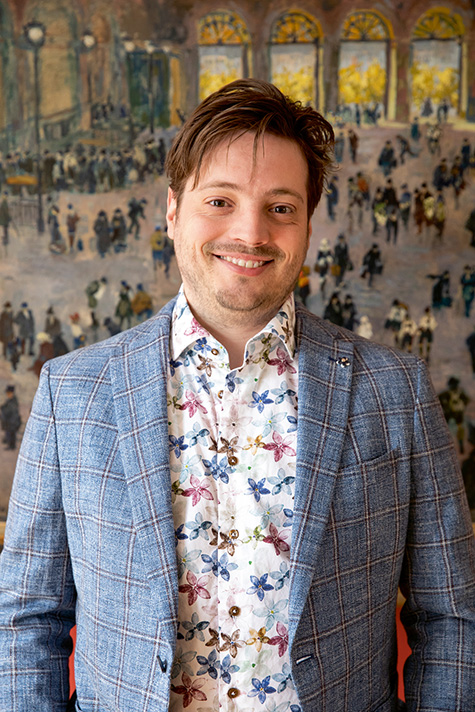 Each year, Simonis & Buunk organises a number of special sales exhibitions: the Four-Day Sale in spring and autumn and a winter exhibition in December. These exhibitions present an array of recent acquisitions and complement one another in terms of both collection and market segment. The Four-Day Sale features art in the € 25,000 and under price range. The winter exhibition features a higher price range. The ‘museum quality’ paintings are presented in a lavishly illustrated catalogue.

Simonis & Buunk focuses not only on commercial activities but also on the idealistic side of the fine art trade. One of our main objectives is to make valuable art accessible to a wider audience through research and the provision of information. Museums know the way to Ede. In addition to advice and acquisition, museums also contact us about contributing to their exhibitions by loaning artworks. Students in disciplines such as art history often utilise our knowledge of the art market and dealership. We are putting more and more emphasis on consulting, and specialised employees guarantee expert information and guidance.

The Four Worlds of Simonis & Buunk

The extensive Simonis & Buunk collection of paintings and sculptures is presented in three buildings on the Notaris Fischerstraat in Ede. Each of these three exhibition spaces is decorated to suit the works of art on display. The interior design is a ‘gesamtkunstwerk’ in which everything goes together: the colour scheme, furniture, lamps, rugs and even the tableware. The three galleries are so different from one another it gives visitors the sense of entering a different world, enhancing their experience of the works of art. In addition to these ‘Three Worlds’, there is a fourth exhibition space: the sculpture garden behind the Fischer House.

The Salons of the 19th Century

Notaris Fischerstraat 30 is where our art business in Ede started, making it our oldest building. Complete with antique wood floor and oak panelling, the interior is steeped in the atmosphere of an art gallery around 1900. Visitors will find the serenity and harmony of bygone days in the paintings by Dutch Romantic painters and Impressionists from the Hague, Laren and Leiden Schools. The Art Deco and Amsterdam School furniture and lamps from Frank and Mariëtte’s private collection create the perfect setting for the paintings and sculptures by 19th-century artists. 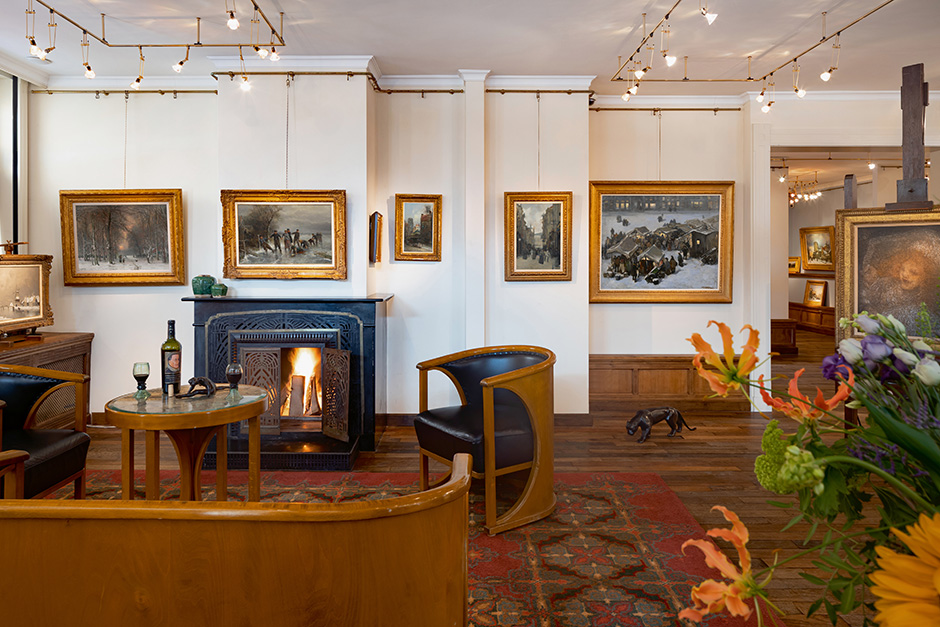 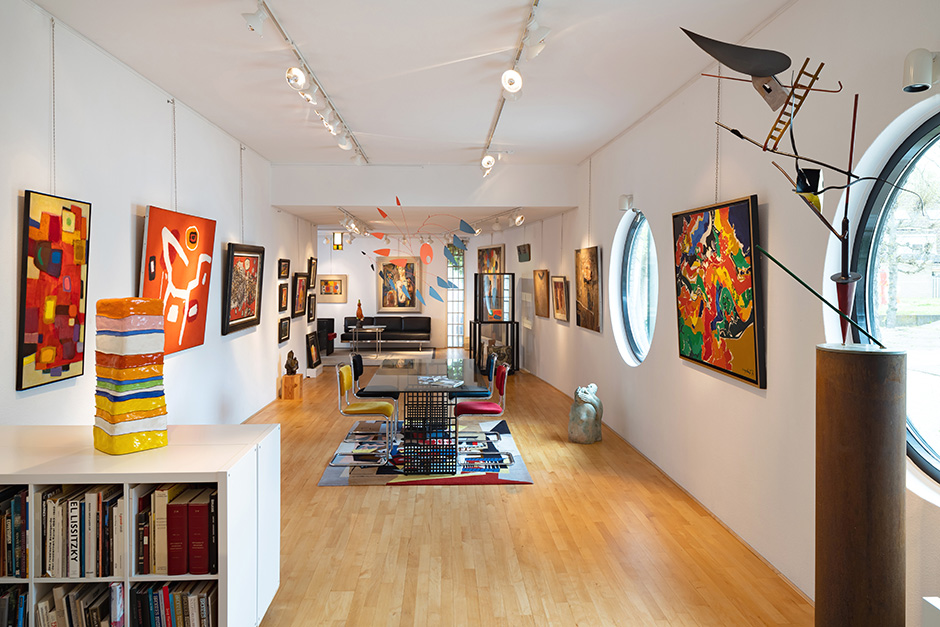 The Gallery of the 20th century

Clean lines, space and light define the interior of Notaris Fischerstraat 19, which houses the collection of Dutch Realism and 20th-century post-war abstract art. Visitors will find works by Karel Appel, Lucebert and Corneille, the Amsterdam Limburgers and the ‘Nul’ (Zero) artists, to name just a few. Built in contemporary style and opened in 1999, the building is absolutely perfect for exhibiting 20th century art. The architecture and colours of the exterior were inspired by the clean lines and primary colours of the De Stijl art movement.

The Fischer House at number 27 became an exhibition space in 2007. It is an important listed national monument in Ede and the former home and office of the Fischers, a local family of notaries. Part of the restoration and renovation included preserving the warm, cosy atmosphere of the building. With its colourful rooms and lovely play of light, the Fischer House is well-suited to hosting small, temporary exhibitions. There is a permanent place for the classic Modernists from the early 20th century, including Leo Gestel, Jan Sluijters and Piet Mondrian. Visitors will also find Dutch Neo-Impressionists, Luminists, Expressionists and works by French, German and Belgian Impressionists and Modernists. The interior design is based on a selection of furniture, lamps and objects by the Hague and Amsterdam School artists from Frank and Mariëtte’s collection. 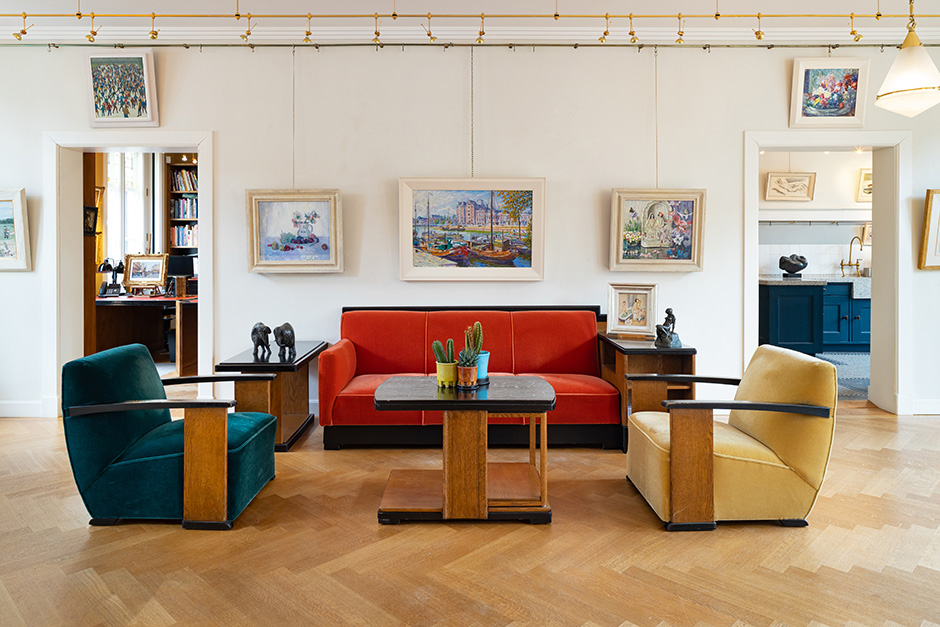 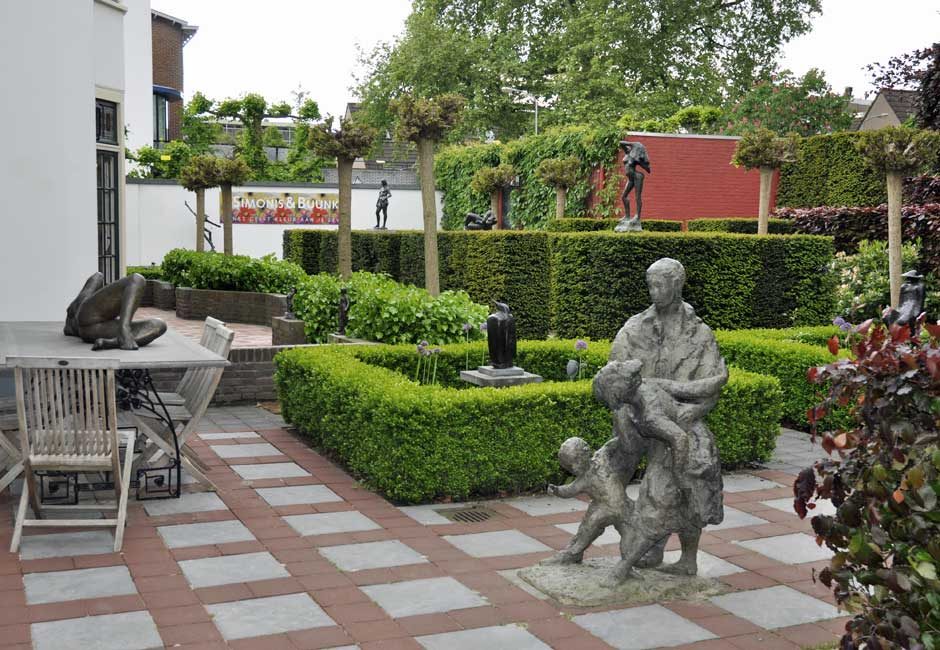 The sculpture garden is behind the Fisher House, where a large magnolia occupies a prominent place in the green fenced-in area. Sculptures are situated amongst the beech and yew hedges, paths and rose gardens for visitors to enjoy in peace and quiet whilst strolling around the garden or relaxing on one of the two patios. Visitors are welcome to touch the art and walk around the sculptures. Nature is an active participant, with the elements at play and the way the light falls on the bronze shapes, changing according to the weather, the time of day and the season.

The History of Simonis & Buunk

The history of the Simonis & Buunk family business began in 1927 in The Hague, where J.M. Simonis Sr. (1898-1969) started his first restoration project. Alongside restoration, he also traded in art, and was friends with local Hague art dealer Pieter A. Scheen, who compiled the renowned Scheen Lexicons. In the early 1950s, Simonis Sr. opened an art gallery in Apeldoorn, which his son Rien Simonis continued from its new location at number 30 Notaris Fischerstraat in Ede in 1973. Four years later, in 1977, Frank Buunk became Rien’s business partner, and the art gallery was known as Simonis & Buunk from that moment onward. In 1984, Frank was certified as a fine art valuer specialising in paintings, becoming the youngest member of his profession in the Netherlands. As a result of the combination of Riens’ experience, his business partner Frank’s passion and knowledge, and his wife and business partner Mariëtte Simonis’ flair for organisation, the art gallery proceeded to acquire an excellent reputation in the area of 19th-century paintings, with special emphasis on Dutch Romanticism, the Hague School and Dutch Impressionists. Rien Simonis withdrew from the business in 1985 in order to concentrate exclusively on restoration. He passed away in May 1998. Simonis & Buunk’s own restoration studio carries on his work. From 1996 onward, Simonis & Buunk also began selling 20th-century paintings, watercolours and sculptures by Neo-Impressionists, Symbolists, Classic Modernists, Expressionists, Post-War Abstractionists and other artists. The current collection represents a period from around 1780 to 2000. Prompted by an ever-increasing number of artworks, the exhibition space was expanded in 1999 and 2007 to include two new properties: Notaris Fischerstraat 19 and 27. In 2016, the fourth generation of this family of art dealers joined the business: Frank and Mariette’s youngest son Kas Buunk. Simonis & Buunk will soon celebrate its 40th anniversary, and over the past four decades it has grown into a company that occupies a unique and prominent place in the national and international art trade.