A standard procedure in art conservation work is the removal of surface dirt and varnish. Because open fires and smoking indoors were common in the past, a good clean or once-over is always advisable for old(er) paintings. The following paintings are half-clean/half-dirty. 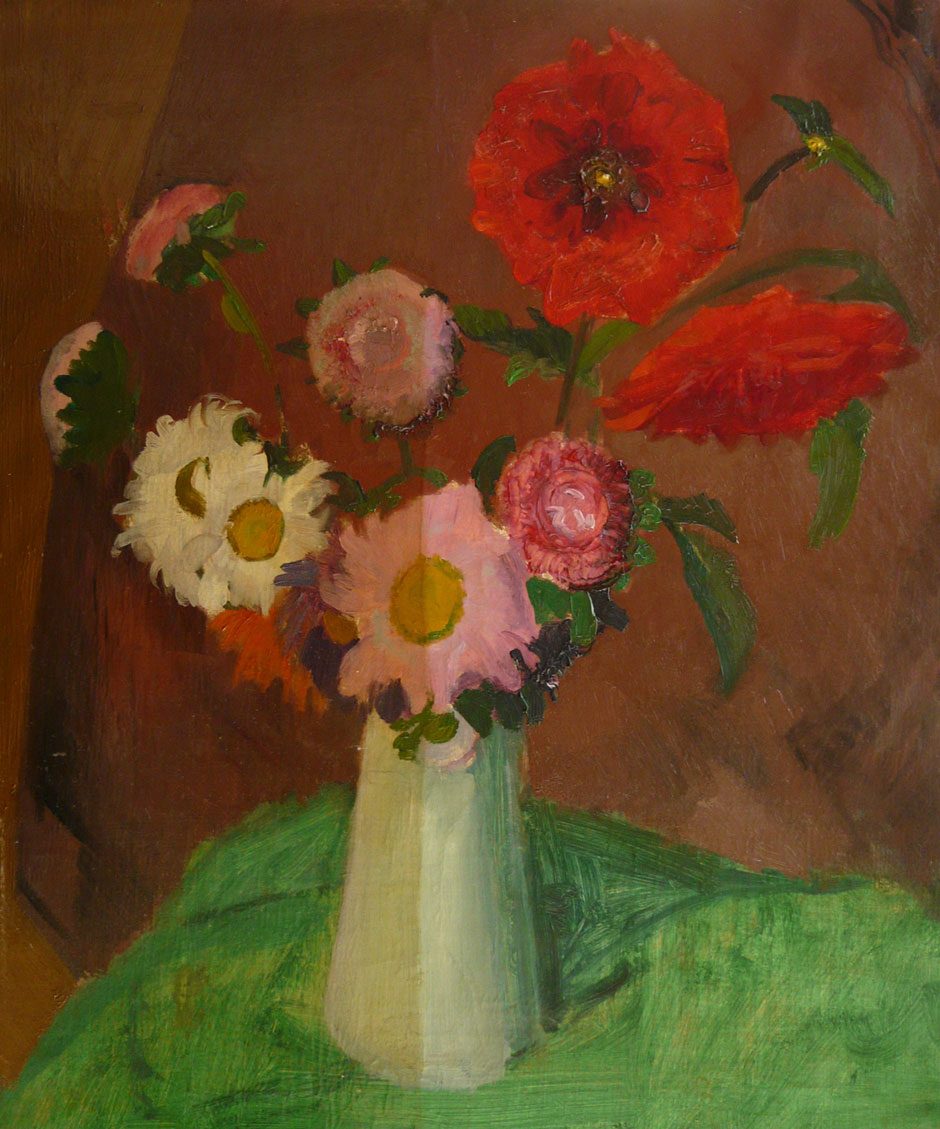 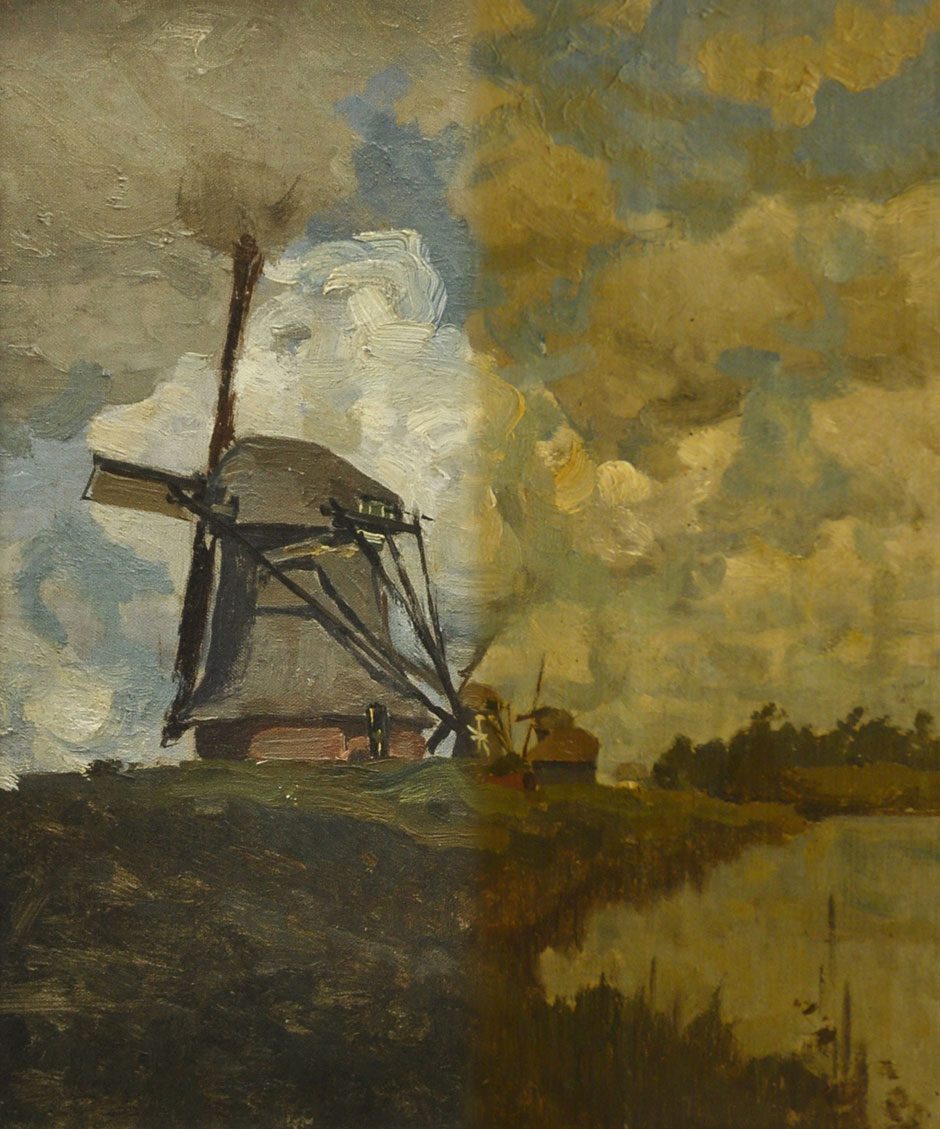 Old retouches are regularly also removed along with the old varnish, which can often result in surprises. Several years ago, for example, the studio received a panel by Dutch romantic painter Martinus Antonius Kuytenbrouwer (1777-1850): a pleasant, idyllic scene of cattle drinking from a small river by a jetty, with a farmer punting away in the background. It was clear that this male figure had little to do with the cows in the foreground, which was rather odd for this type of early-romantic livestock painting. On closer inspection, several cases of overpainting were discovered in the lower left corner: the cleaning process first revealed a head, then an exposed leg, and finally a full-length depiction of a shepherdess in a pose that is quite provocative for the early 19th century. This is probably why she had been painted over in the past by a merchant or the owner, with the shore and jetty recreated so carefully that to the untrained eye, the heavy retouching was virtually invisible. The return of the shepherdess – however provocative she may be – also immediately restored the painting’s visual integrity. 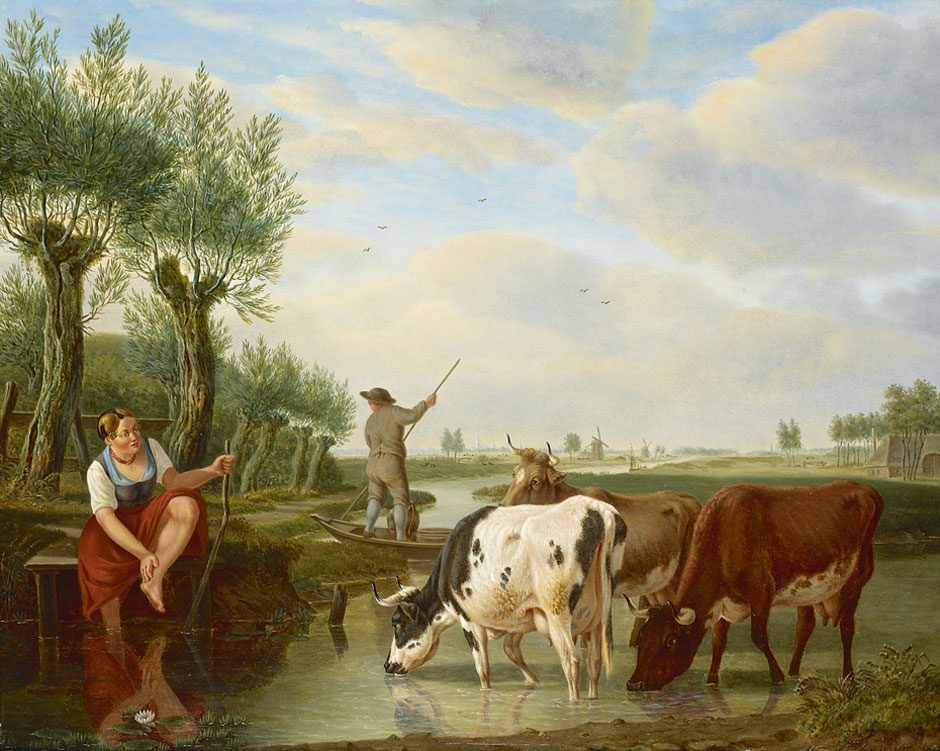 Sometimes the feeling that ‘something’s wrong’ immediately raises suspicions of overpainting, as was the case in a panel by Henriette Ronner-Knip (1821-1909). The painting showed a mother cat sitting high up on an overturned crate, and five kittens below her in a state of extreme excitement. Ronner-Knip was an expert in feline character, and the interaction in her work between mother cats and their young is usually one of languid tolerance on the part of the mother, while the youngsters exhibit a mischievous playfulness. Here, the kittens’ response to their mother was quite vicious; something was wrong.

Examination revealed the presence of previous restoration work, and after the varnish and retouches were removed, the mother cat turned out to be holding a mouse for her young. Was this scene perhaps a little too vivid for the previous owner? With the return of the mouse, however, everything fell into place and the painting was restored to its former glory. 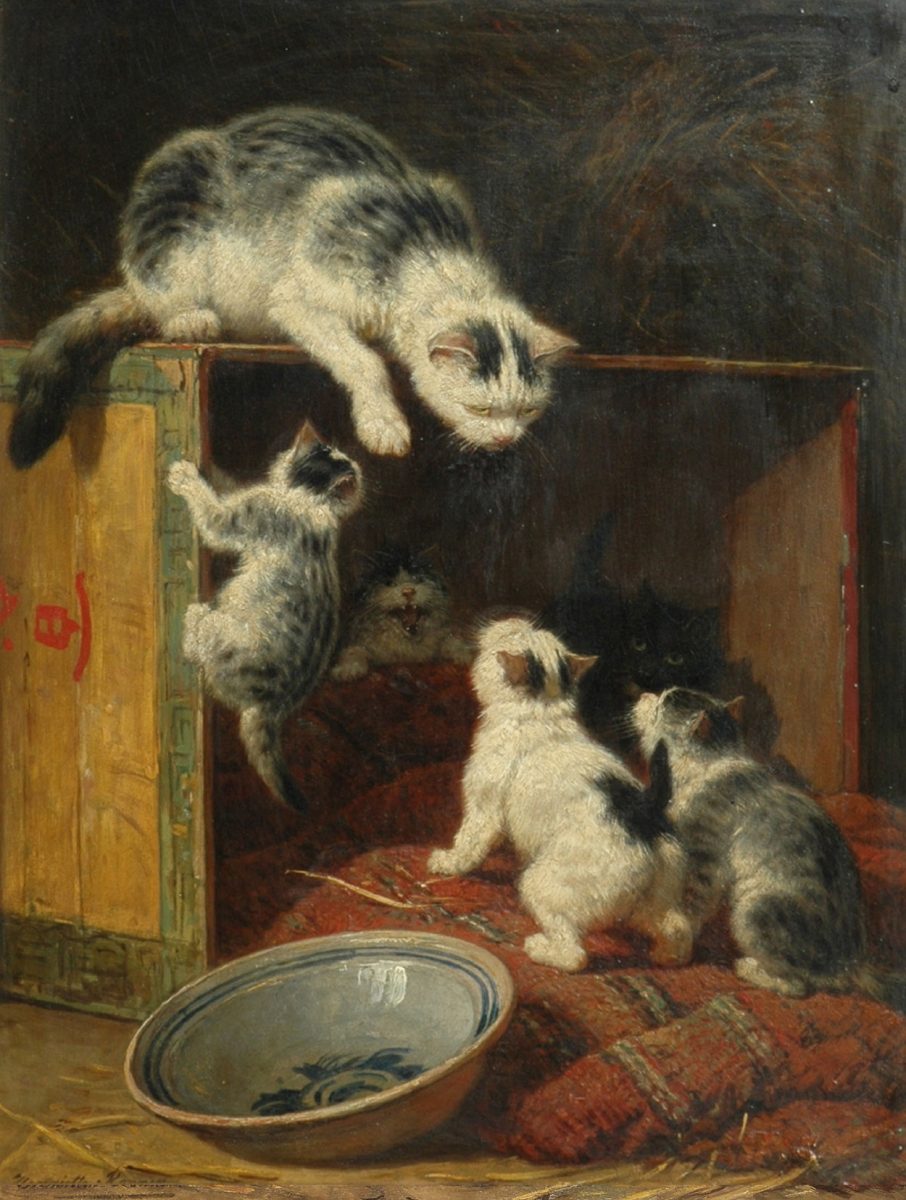 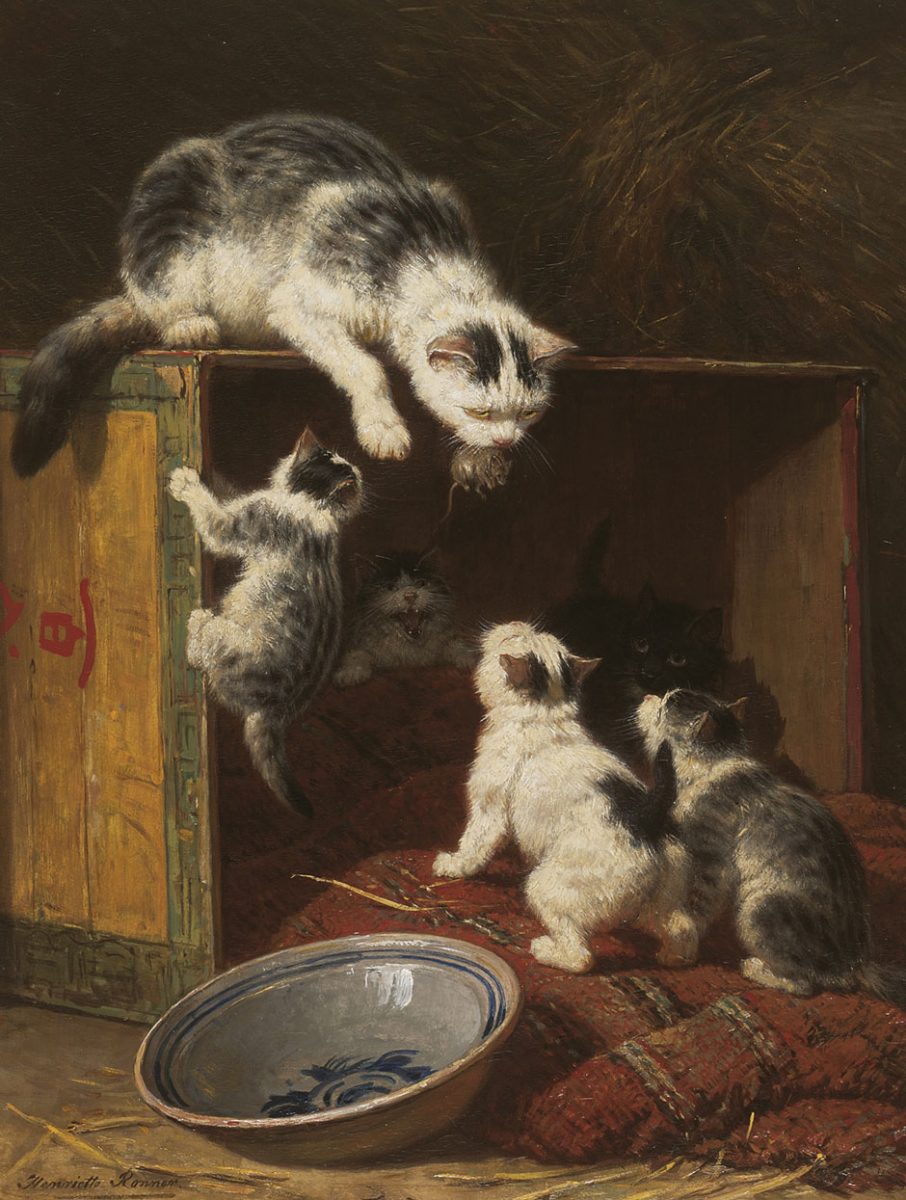