The work of the Amsterdam painter Johan van Hell cannot be separated from his political convictions, especially his socialist leanings. He was involved with the SDAP (Social Democratic Workers’ Party) and the SKK (Socialist Artists’ Circle) and worked as an illustrator for left-wing newspapers and magazines. As a painter he was chiefly interested in depicting the lives of everyday people on the street. In order to make his work accessible to this group he used a simple figurative idiom without any depth to it, in which taut lines, forms and bright colours determine the composition. As well as painting, Van Hell made a living by producing book illustrations and giving drawing and music lessons

for salepaintings by Johan van Hell 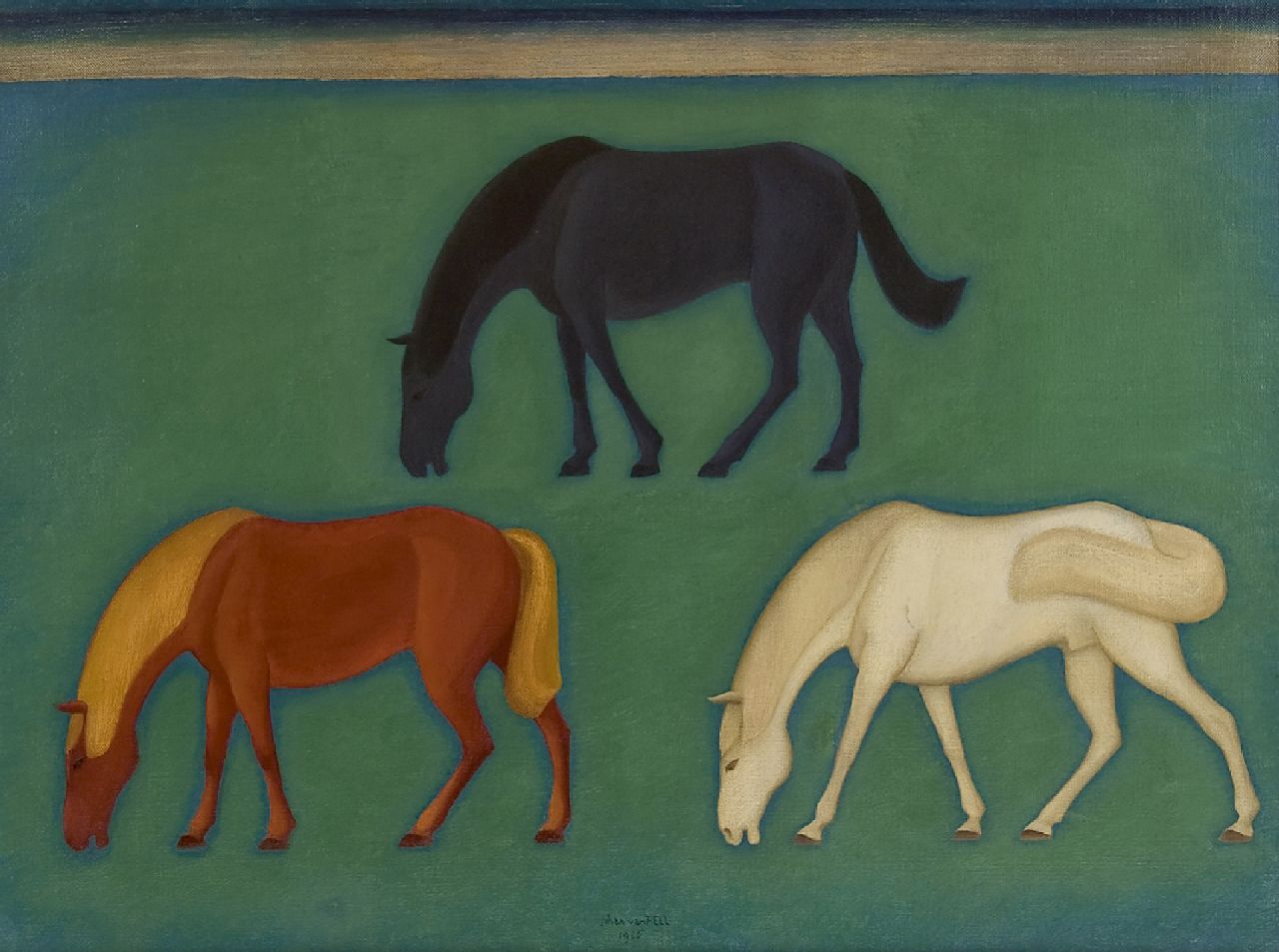