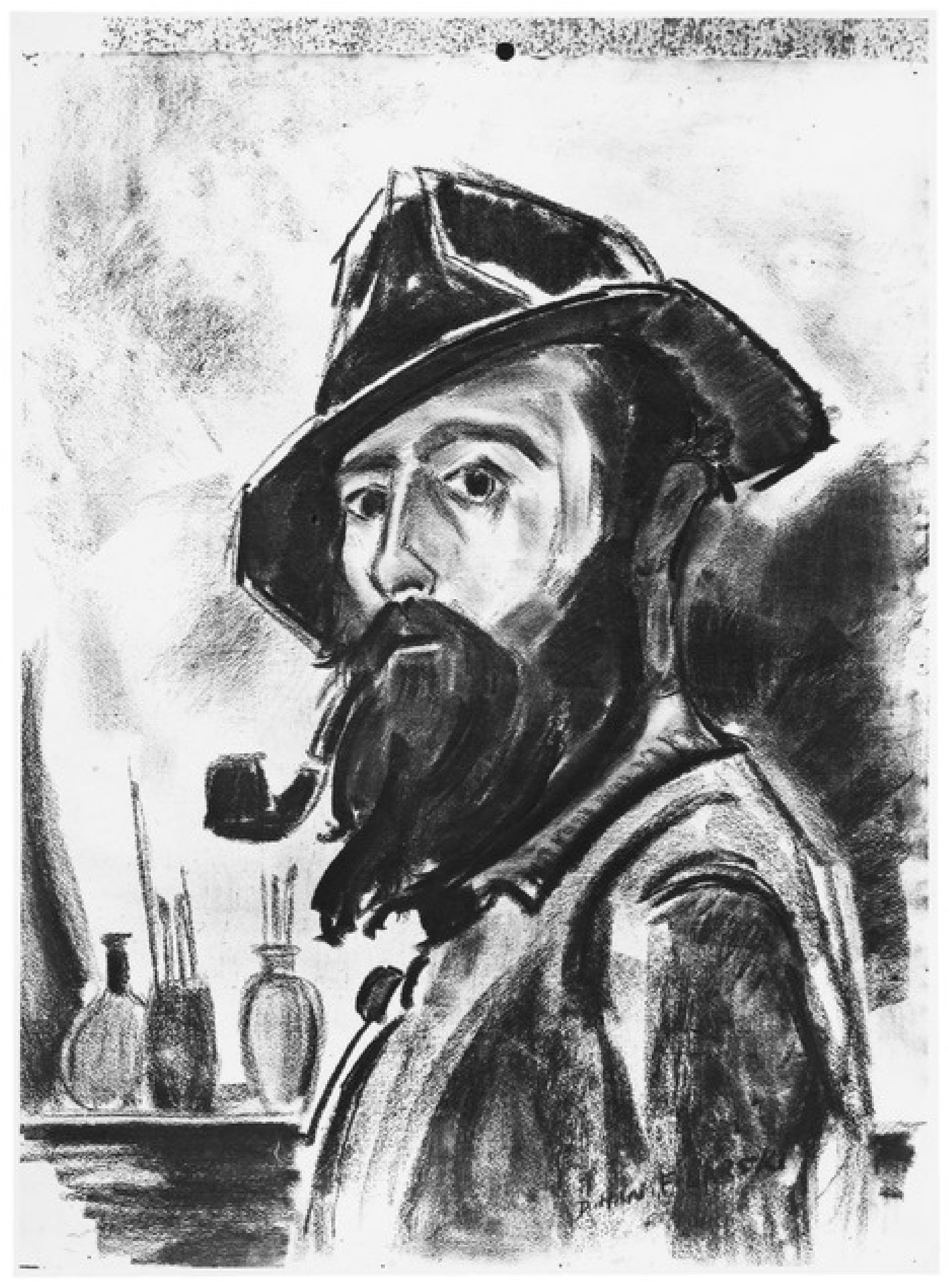 Dirk Filarski, together with Arnout Colnot, is considered one of the pioneers of the Bergen School. He mainly painted landscapes in and around Bergen and Giethoorn and during his many travels in Europe and North Africa. Filarski initially used light colors, until 1910 he painted his earliest luminist works in Bergen. Then his palette changed to browns and greens and his work became powerful and expressionist. He also painted still lifes and flowers, large in shades of gray and bright contrasting colors. Filarski was restless by nature. It was very difficult for him to live in one place and he traveled constantly to Germany, France, Italy and Switzerland. Bergen remained his base of operations. 'The Netherlands is too simple in color. I don't have enough variety in mind, 'he must have said once.

Filarski was born in Amsterdam and attended the Kunstnijverheidsschool Quellinius and the Rijksschool voor Kunstnijverheid. There he became friends with Germ de Jong, Arnout Colnot, Dirk Smorenberg, Matthieu Wiegman and Wim Schuhmacher, with whom he would maintain close contact for many years. After his military service, Filarski and Smorenberg went to Bergen and Egmond aan Zee in 1907 to practice painting. At the 1910 exhibition at St. Lucas in Amsterdam, where luminist work by Filarski and Colnot hung next to that of Piet Mondriaan, Jan Sluijters and Leo Gestel, he was noticed by the Amsterdam businessman and art collector August Maschmeijer. He bought work from Filarski and Colnot, which made it possible for both painters to live in Bergen. In the mid-1910s Filarski was part of the core of the Bergen School. The French Henri Fauconnier pioneered this with the introduction of Cubism in the Netherlands, the deep, dark color gamut and the broadly lined areas of color that created powerful figures and landscapes. Other painters, including various study friends of Filarski, who joined the Bergen School were Matthieu Wiegman, Piet van Wijngaredt, Arnout Colnot, Job Graadt van Roggen, Else Berg, Germ de Jong and Harrie Kuijten.

Filarski made his most important work in Switzerland, where he stayed for longer periods between 1912-1917, often with Dirk Smorenberg. They then stayed in Clarens with Lien, Smorenberg's sister. During his first travels in Switzerland, between 1912 and 1914, Filarski painted in an impressionistic and colorful touch. During his second Swiss travel period in 1916-1917, which coincided with the heyday of moderate expressionism in the Netherlands, his use of color became increasingly brighter and more contrasting and reduced in broad strokes to a single color plane. His color palette consisted of striking, modern colors of deep blue, purple, pink, lilac, blue and light green. The omission of details gave his work a high degree of abstraction. Upon his return to the Netherlands in 1917, Filarski came into contact with the Bergen art collector Piet Boendermaker who would buy much of his work and, through his financial support, offered Filarski the opportunity to continue traveling.

In 1918 Filarski married Rachel 'Willy' Gerritse with whom he settled in Bergen and where in 1919 their son Ernst was born. Filarski was called 'Lakkie' or 'Lak' by family, friends and acquaintances because he didn't care about everything. Hardly anyone knew his real first name 'Dirk', Filarski's son Ernst was nicknamed Lakkie jr. Their son Gerard was born in 1927 and the family moved into the house 'De Vlerken' that was built for Charley Toorop.

After 1923, Filarski gradually started to work with lighter colors. He traveled frequently to the south of Europe, where he painted mainly in France in green, yellow and light brown tones. The restless Filarski also regularly traveled with Matthieu Wiegman, to Rome and Tuscany, among others. In the late 1920s, Filarski always painted at different locations in France for three years. There he increasingly left working with large areas of color behind him and detail came into his painting. His still lifes showed more attributes, village scenes were easily recognizable and he added a few figures to his cityscapes from time to time.

After the stock market crash of 1929, Boendermaker could no longer provide Filarski with a fixed monthly salary. Still, Filarski found a way to travel. He gave his paintings for hire purchase, which allowed him to paint in Morocco, Paris, Venice and Spain between 1929 and 1933. Filarski's constant travels, and thus his absence from home, put a great strain on his marriage, which ended in divorce in 1933. This was a very difficult time for the children assigned to Filarski. For even after his divorce Filarsky continued to travel; with Willem Schuhmacher he went to Spain and in 1936 and 1937 he spent months in Italy and Yugoslavia.

During the war, travel was virtually impossible and Filarski, who was living in Amsterdam at the time, traveled around the Netherlands to capture towns such as Staphorst and Giethoorn. During the war, his ex-wife Willy was also arrested in a raid in the Bijenkorf in Amsterdam and deported to Auschwitz, where she died in 1942. When travel became possible again after the war, Filarski went to Norway where he made landscapes in light colors. At that time he married a second time, to Lien Smorenberg, who had become a widow. He found a good traveling companion in her and the couple spent the first years of their marriage almost constantly abroad.

Between 1950 and 1960 Filarski made many gouaches. This technique was better suited when on the move, as it required less material to be carried. His gouaches, landscapes, still lifes and animal motifs that were strikingly colorful mark a new phase in his artistic life. Filarski died in 1964 and left behind an extensive oeuvre that was in the interest of collectors at home and abroad as well as museums. During his life he participated in more than three hundred exhibitions and was awarded many times.
© Simonis & Buunk 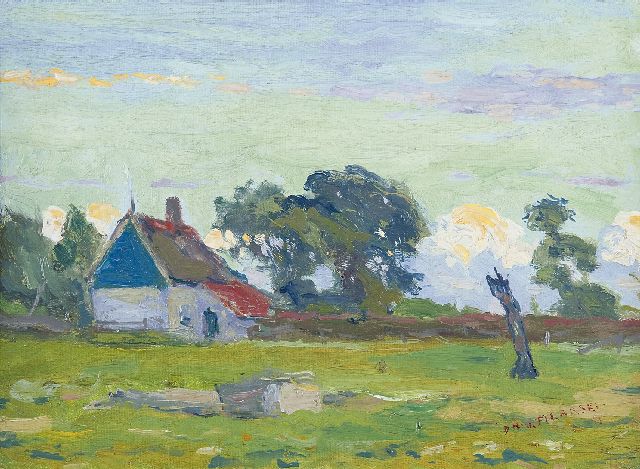 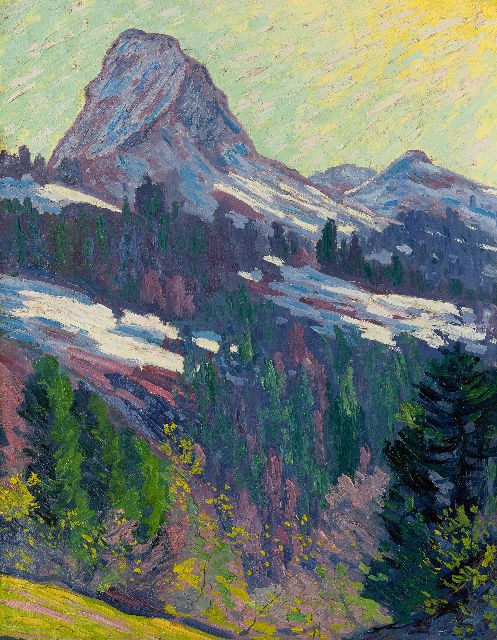 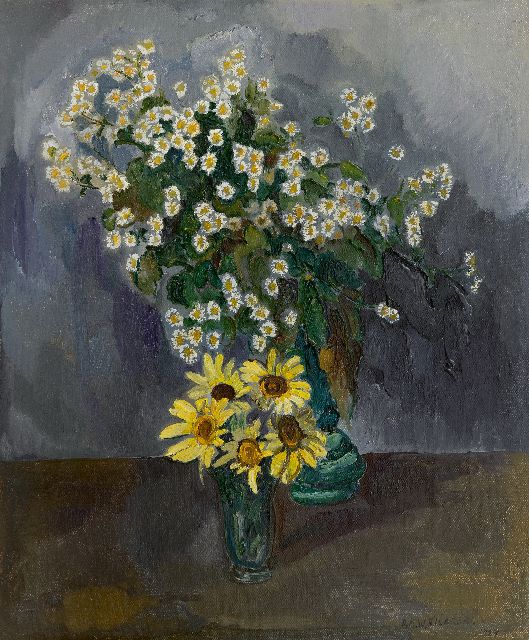 A still life with summer flowers

A landscape by Rothenburg

A view of Teruel, Spain

Swiss landscape in the area of Busier