Theo van Hoytema painted, but was primarily a watercolourist and draftsman of animals and plants. His representations of birds and flowers in particular impressed. He worked in Art Nouveau style under the influence of the English illustrator Walter Crane and also made very innovative designs for utensils, calendars and occasional printed matter. Van Hoijtema received his education at the academy in The Hague. He regularly visited the Leiden Museum of Natural History, where he made animal drawings. This lead to the assignment to produce the illustrations for a number of scientific biological works. Van Hoytema was a member of the Haagse Kunstkring and of Arti et Amicitiae in Amsterdam.

for salewatercolours and drawings by Theo van Hoytema 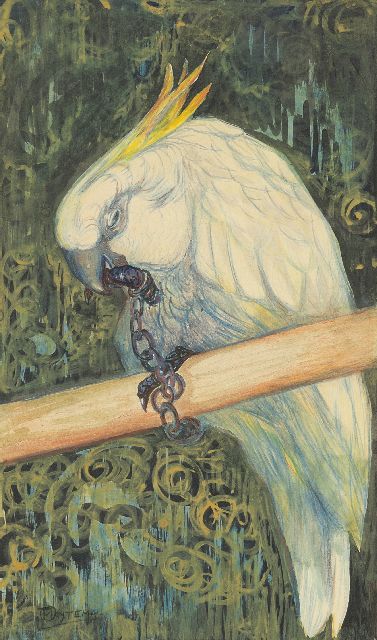 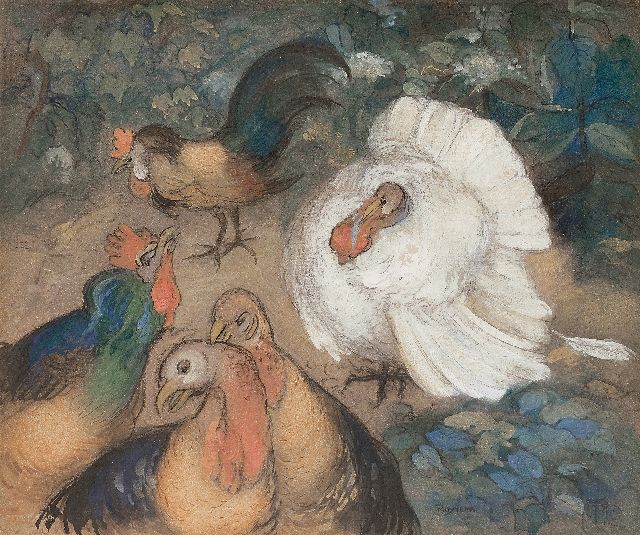 previously for salewatercolours and drawings by Theo van Hoytema 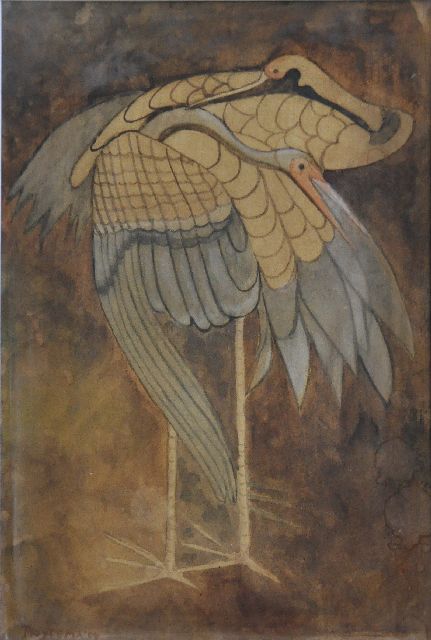 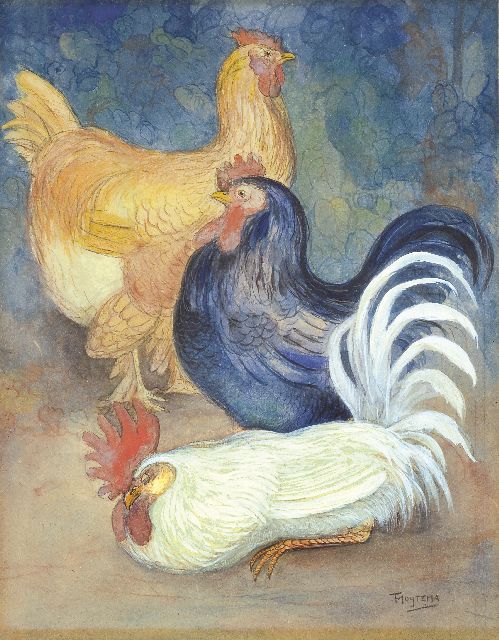 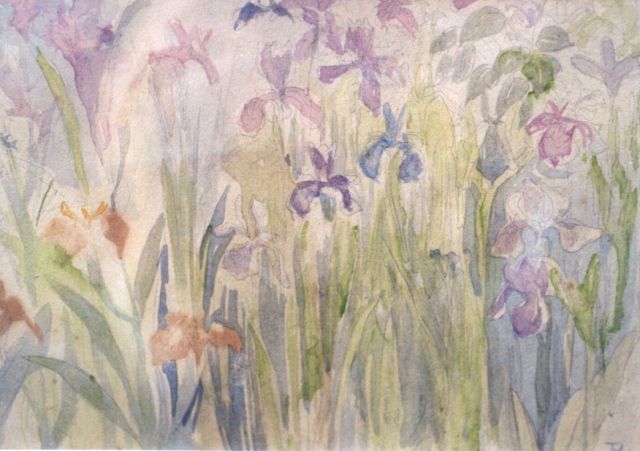