Berlin-born Max Liebermann was the most important and influential German artist around 1900. Together with Lovis Corinth and Max Slevogt, he formed the leading triumvirate of German Impressionism. After his training at the academy in Weimar, Liebermann moved to Paris, attracted by the new landscape painting of the Barbizon School. Here he also studied the 17th-century Dutch masters for the first time. 'In künstlerischer Beziehung ist mein Ideal Holland mit seinen alten Meister gegeblieben', he once wrote. In 1871 he visited the Netherlands for the first time and after that he came here almost every year until 1914. The North Sea coast, in particular Katwijk and Scheveningen, attracted him in particular. From 1884 to 1900 he also often came to Laren. Liebermann developed a special friendship with Jozef Israels, one of the leading figures of the Hague School. Liebermann painted the everyday, hard life of workers, farmers and fishermen, but from around 1900 scenes from the bourgeoisie predominated: fashionable beach scenes, portraits, city parks and terraces. Liebermann received many awards and was a member of a number of influential German artists' associations, the most important being his presidency, from 1899 to 1911, of the Berliner Secession founded in 1898.

previously for salewatercolours and drawings by Max Liebermann 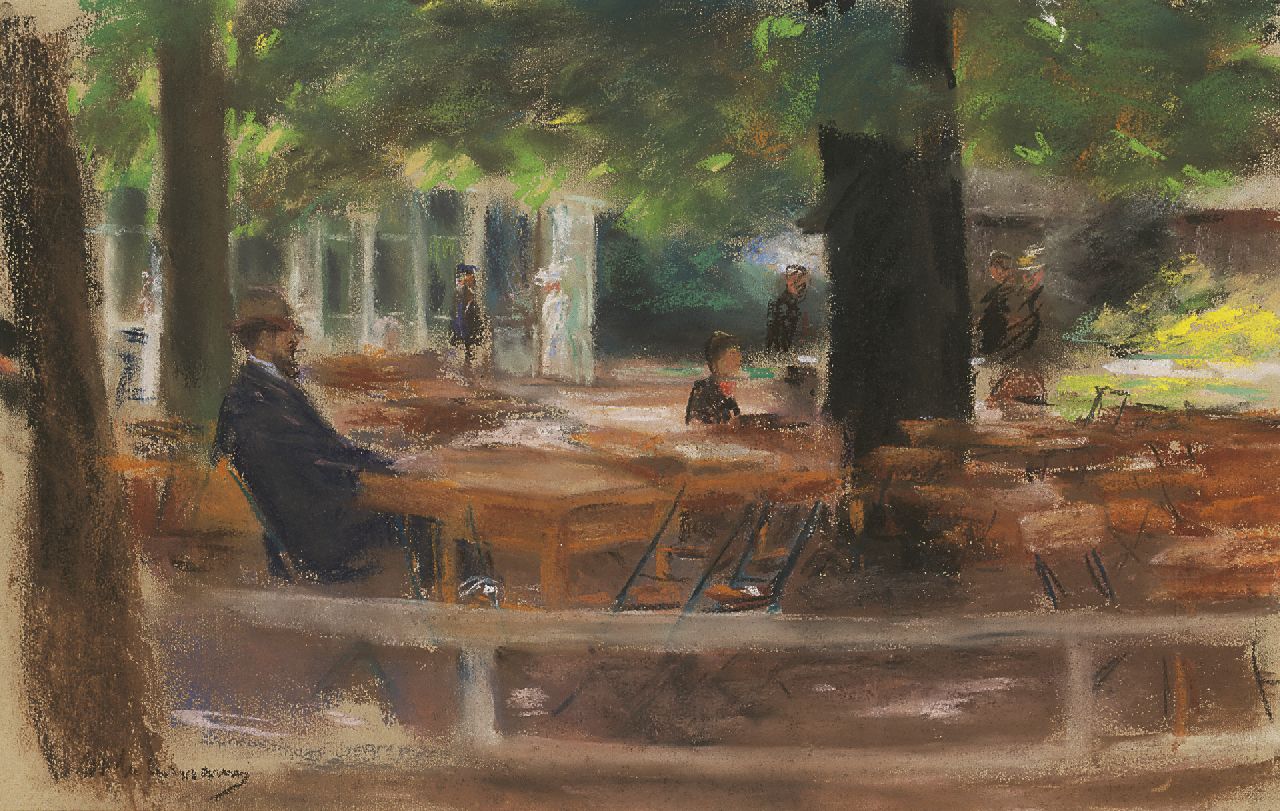 The terrace of Hotel Hamdorff, Laren