Emil Nolde is regarded as one of the leading German Expressionists as well as one of the great 20th century watercolourists. In 1906-1907 he was a member of Die Brücke in Dresden. Born Emil Hansen, he changed his surname into that of the village where he was born, in honour of his native soil with which he felt such an affinity. Not surprisingly, therefore, North Germany’s landscape plays a dominant role in his work. Alongside these pictures, religious subjects, cosmopolitan nightlife, gardens and flowers are all recurring themes. Extreme contrasts of violent unmixed colours and emotional, forceful brushwork – typically sweeping and spontaneous – are the essence of Nolde’s passionate painting style.

for salewatercolours and drawings by Emil Nolde 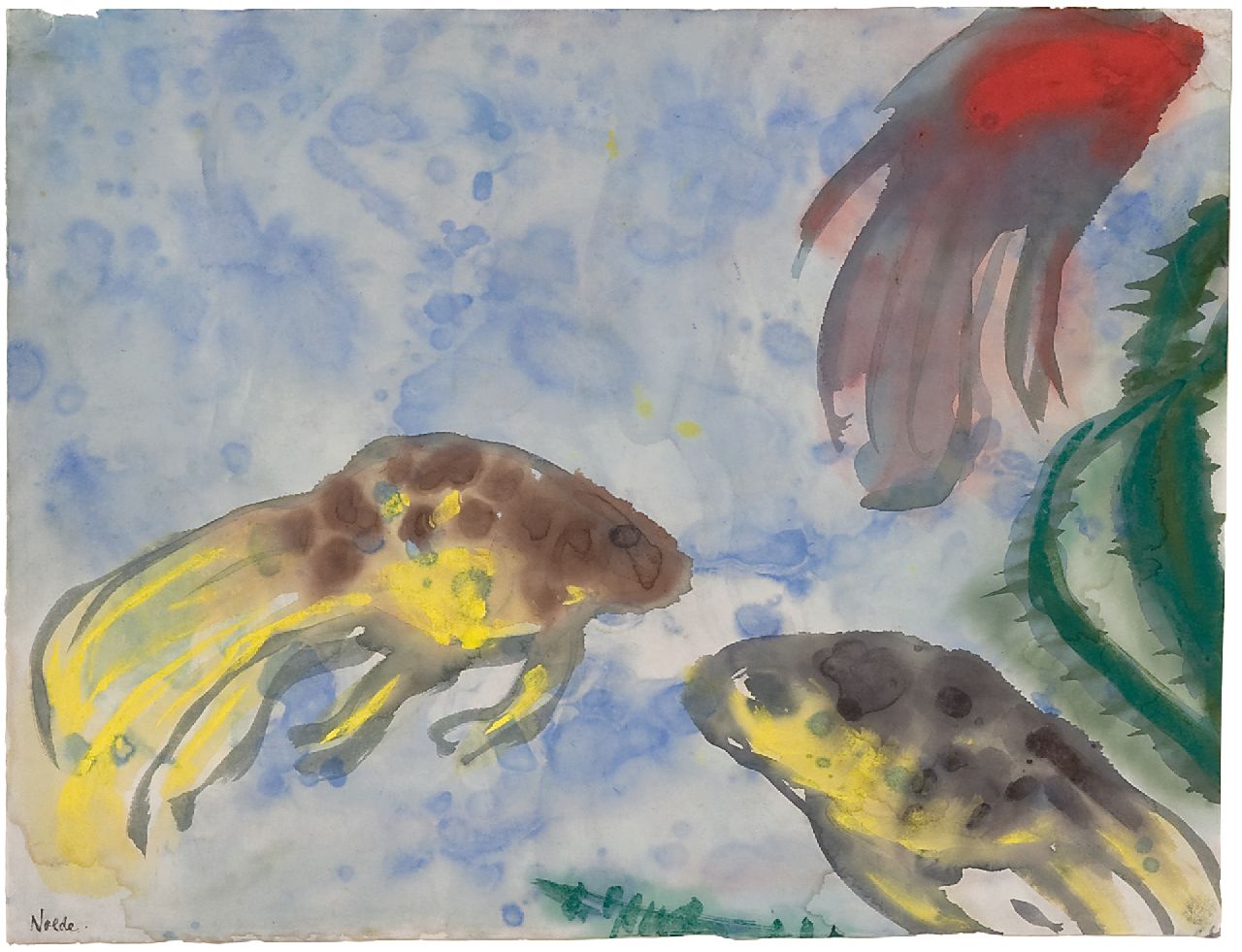