George Martens, born and raised in Groningen, received his first painting lessons from his father, an amateur sea painter. Martens attended the Rijks Hogere Handelsschool and simultaneously followed two afternoon courses at Minerva, before finally completing the regular training at the academy. There he met his future wife Alida Pott - the only female artist among the Ploeg members - and also Johan Dijkstra and Jan Wiegers, with whom he founded the De Ploeg art circle in 1918. Martens would remain connected to De Ploeg throughout his life, despite the fact that there were often conflicts between him and De Ploeg.

Martens had established himself as a painter before 1918 and was particularly successful with portrait commissions. But he also went out with his painting friends in the Groningen area. Not only for painting, because Martens was always in for some fun and entertainment.

Between 1925 and 1932, Martens was especially fascinated by the bustle of city life, the dynamics of city traffic, in which he found his way on his Harley Davidson. In his vibrant cityscapes, highlights in his oeuvre, Martens painted the figures with strong colors, a sense of humor and an eye for the individual. In addition to cityscapes and portraits, Martens painted model and figure studies, still lifes, landscapes and carnival and circus life. Martens had learned from Jan Wiegers to register his subjects quickly and directly and to apply a free and exuberant use of color. His work was not always praised. The Nieuwe Rotterdamse Courant wrote in 1921 about 'smooth studies', and in 1922 wrote the Nieuwsblad van het Noorden: 'Thus, for example, Martens' numerous paintings arouse the thought of economic downturn in paint prices. ' But between 1923 and 1927, when Martens took part in twelve exhibitions, almost all organized by De Ploeg, his work seemed to develop differently: a more powerful design, the colors more solid and the subjects important enough to reflect on. At that time he used 'wax paint' for a short period, a medium introduced by Jan Wiegers. Around 1930 his work was discussed more and more positively: 'spontaneous, touchy and handsome work, sometimes deeply felt, with a strikingly fresh use of color.' It is no coincidence that Martens was called a cityscape painter pur sang by Henk van Os, who recorded the roaring twenties like no other.

Martens was able to develop thanks to the stimulation of Alida Pott, who gave him more space than she asked for her own artistic development. The very talented Alida hardly painted after her marriage in 1922. It seems from letters that she has little mourned about that herself. However, she remained involved in the art world, worked as a drawing teacher and also remained a Team Member until she fell ill. After her death in 1931, Martens got into calmer waters and the lively expressionism gave way to a symbiosis between Impressionism and Expressionism, a trend that had already emerged from the other team members. Typically, the frequent use of the palette knife, alternated with brush.

Apart from the city, Martens also found a lot on the water. In 1931 he bought a tjalk, which he named after his wife Alida, who died that year. He was also often on the water with Johan Dijkstra, who had a Staverse gig. Together, or with various crewmates, they enjoyed the rough and free life on the Wadden Sea and trips to the islands, which yielded beautiful expressionist work.

After Martens' production had come to a standstill in the war years, he returned to his beloved subjects after the liberation: the water, the recovering city and the nightlife. His working method remained unchanged until 1960 and there was no shortage of interest in his work. Until the end of his career, Martens exhibited, culminating in the honor exhibition organized by Pictura on the occasion of his sixtieth birthday in 1954. At that time, his productivity had already declined due to declining health and also because Martens felt that his oeuvre had been completed.

for salepaintings, watercolours and drawings by George Martens 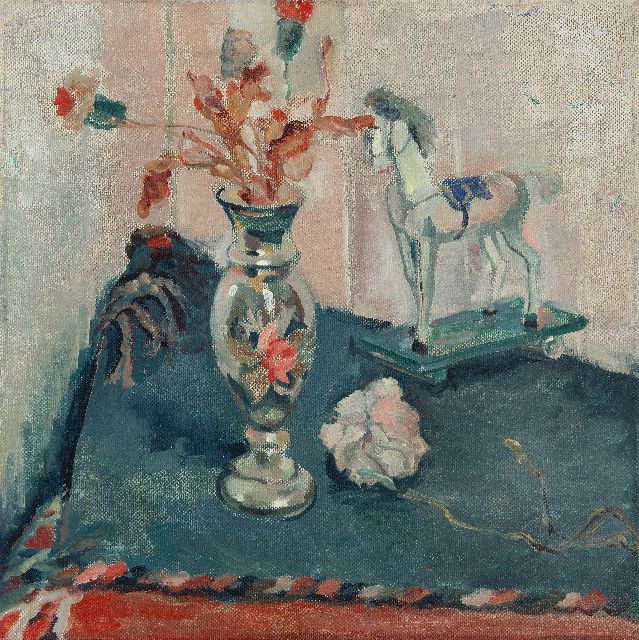 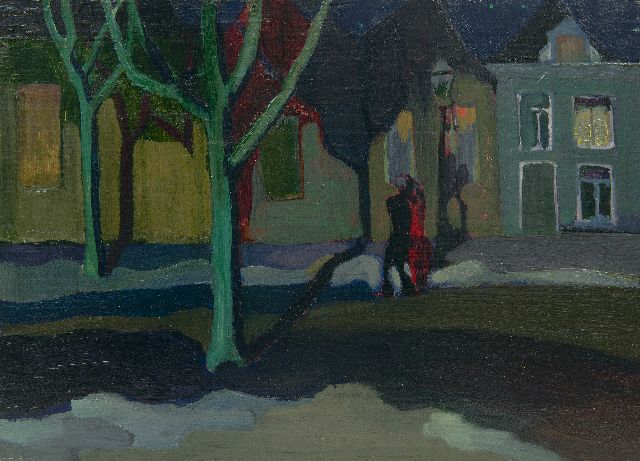 previously for salepaintings, watercolours and drawings by George Martens 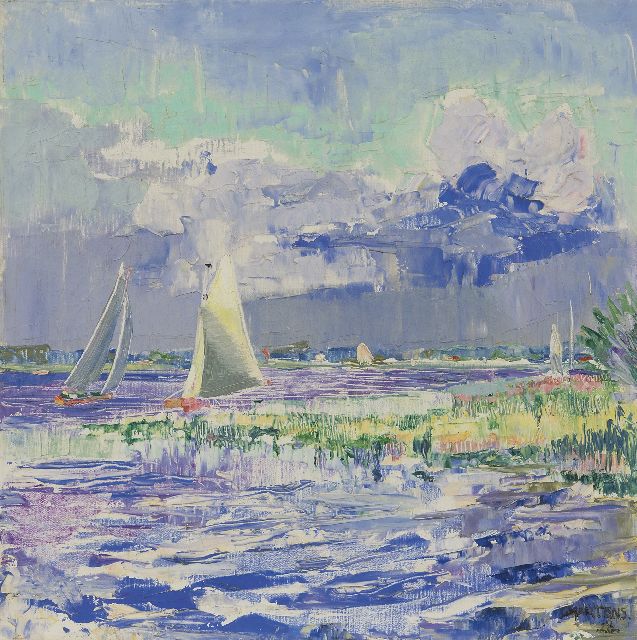 Sailing on the Paterswoldsemeer, Groningen 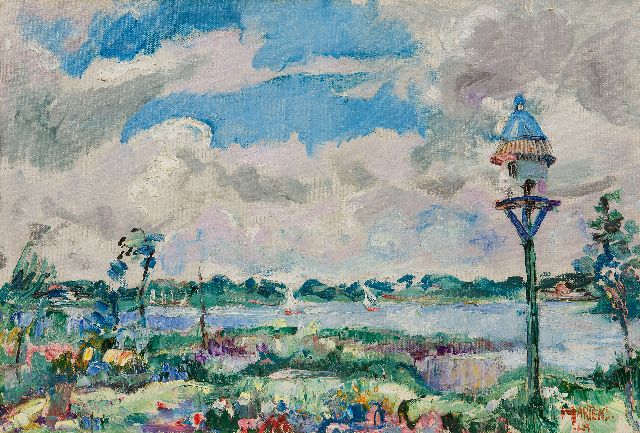 View of the Paterswoldse Lake with sailing boats, 1929 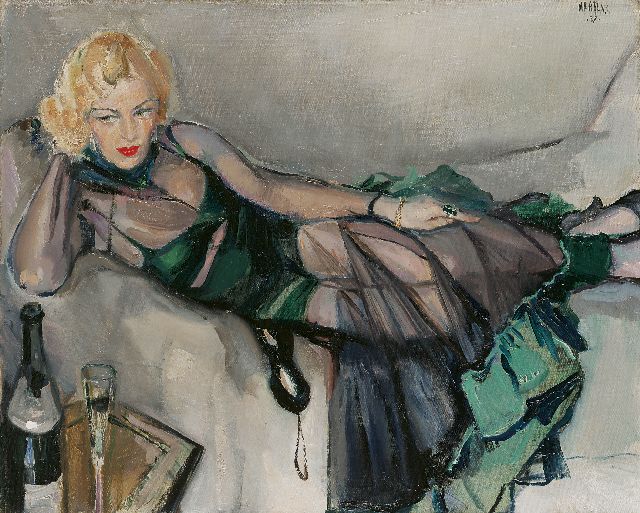 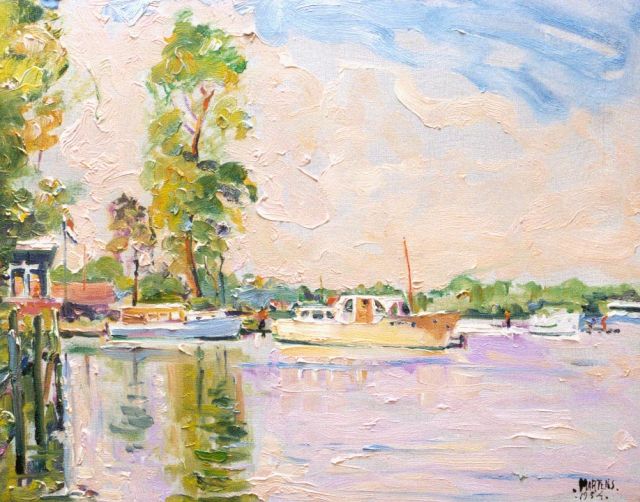 View of the Paterwolde lake 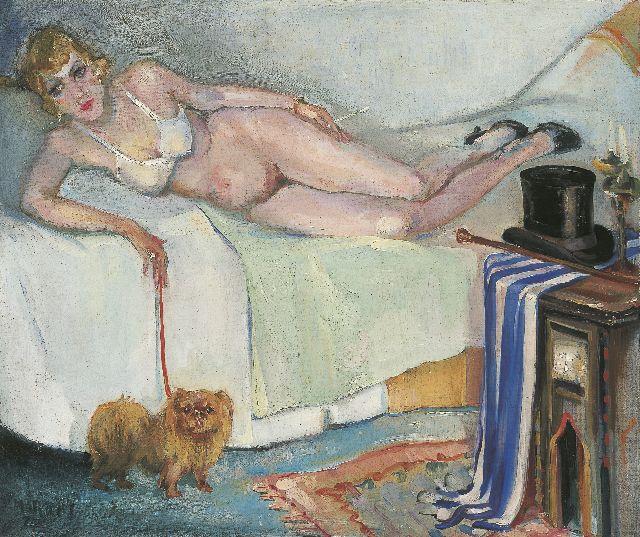 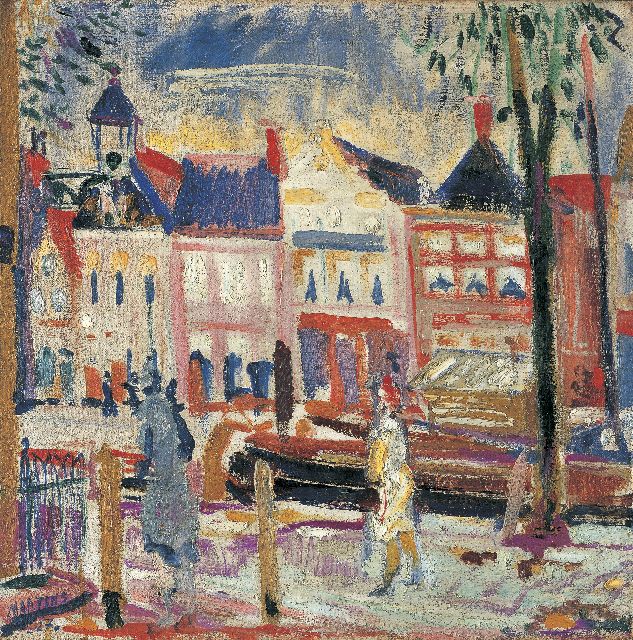 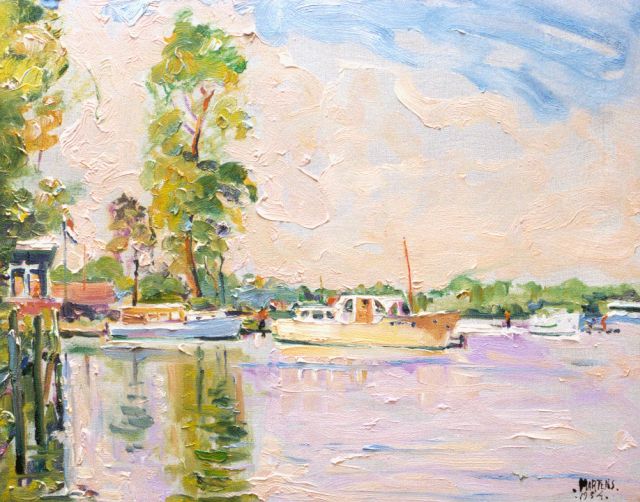 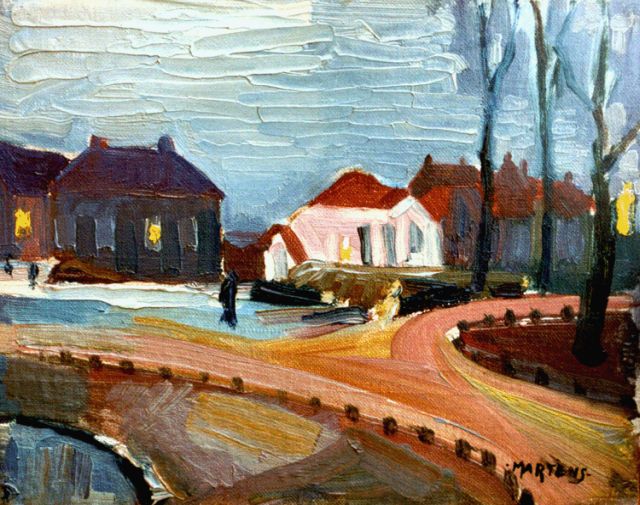 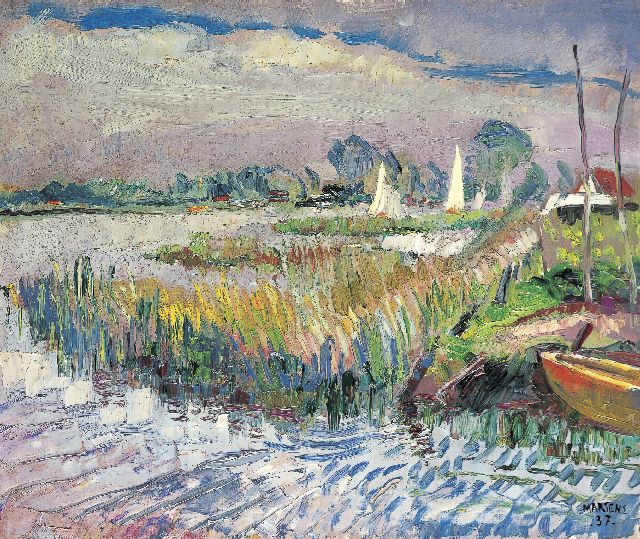 Sailing vessels on the Paterswolde lake (Grouw according R. Martens) 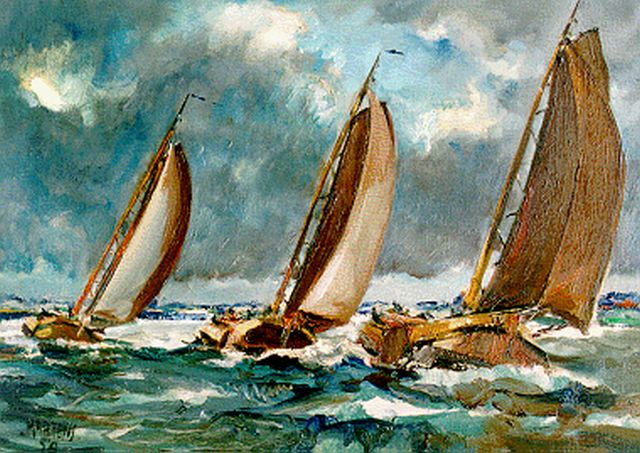 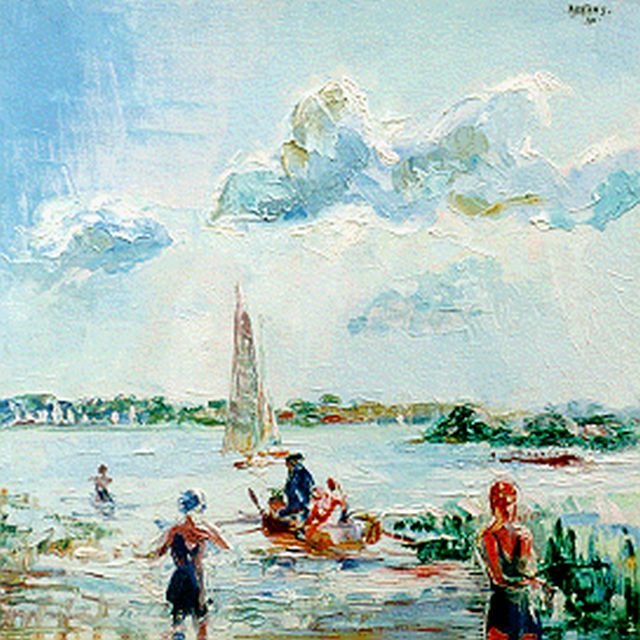 View of the Paterswolde lake 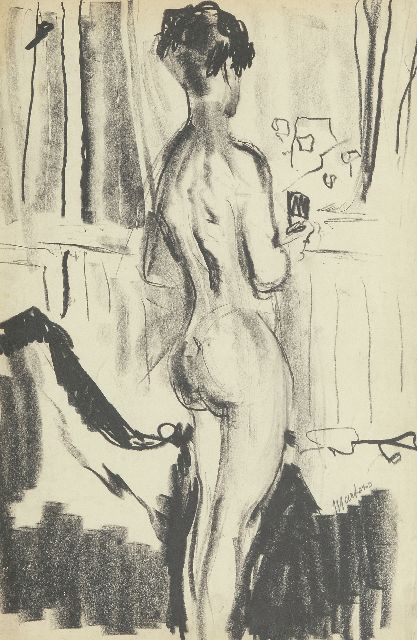 Nude, seen from the back, in the artist's studio 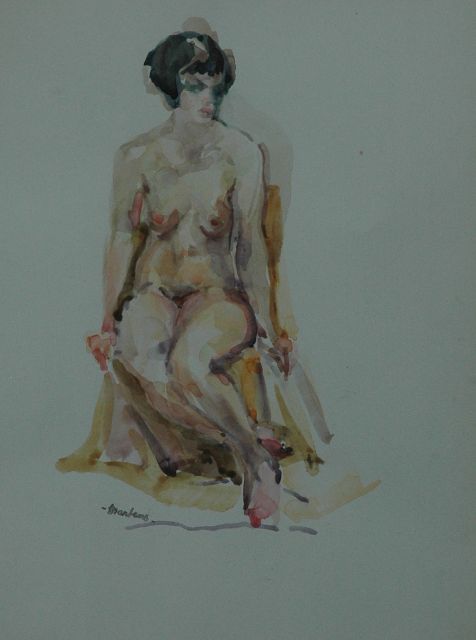 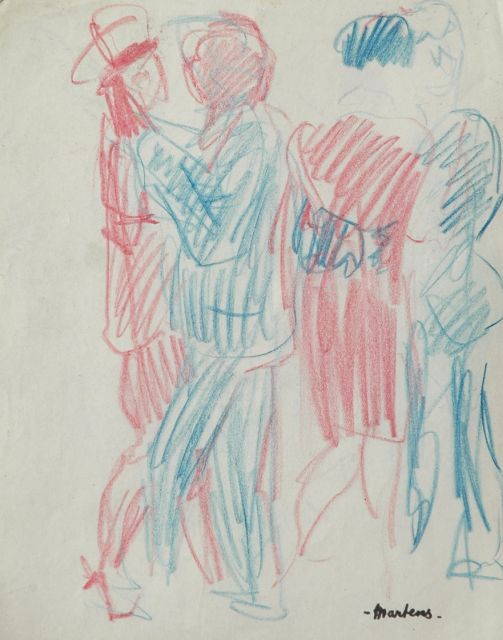 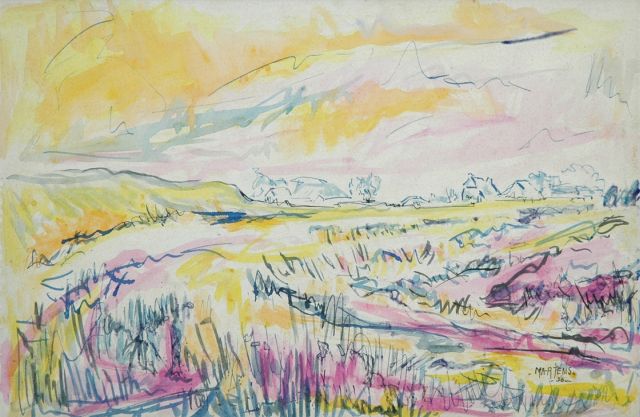 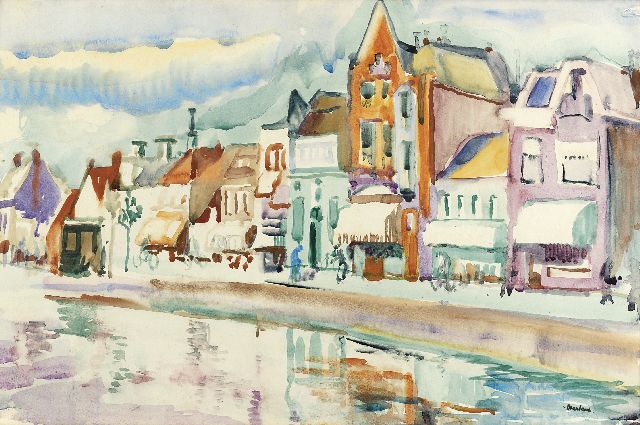 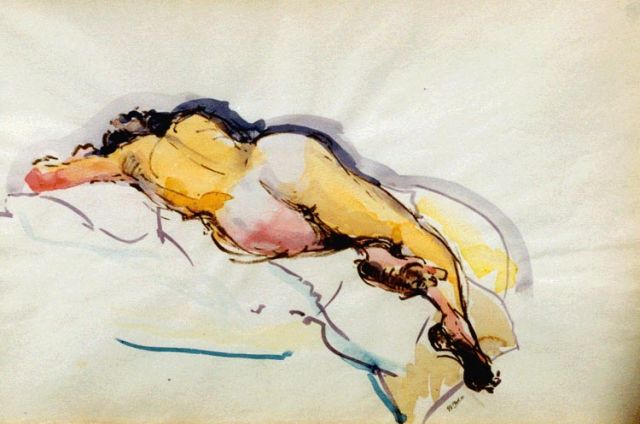 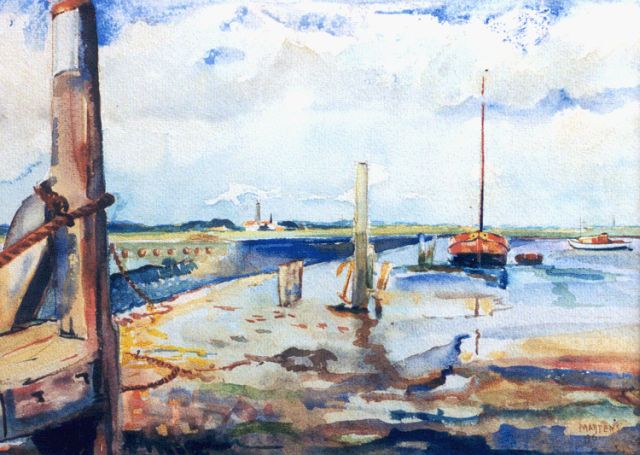