Charles Moulin, French by birth, visited the painting department of the Ecole des Beaux-Arts in Paris from 1890, where he was taught by William-Adolphe Bouguereau, among others. In 1896 he won the then coveted Prix de Rome, which enabled him to study in Rome for a year. There he developed a great love for Italy. From 1911 he spends longer periods in the villages of Castelnuovo and Anticoli. After the First World War, he alternates a stay in these remote mountain villages with presentations at the Paris Salon. In 1919 he settled permanently in the southern Italian town of Molise, where he lived very secluded. His style cannot be compared to the artistic movements of his time. He is mainly known for his landscapes and figures.

previously for salewatercolours and drawings by Moulin C.L. 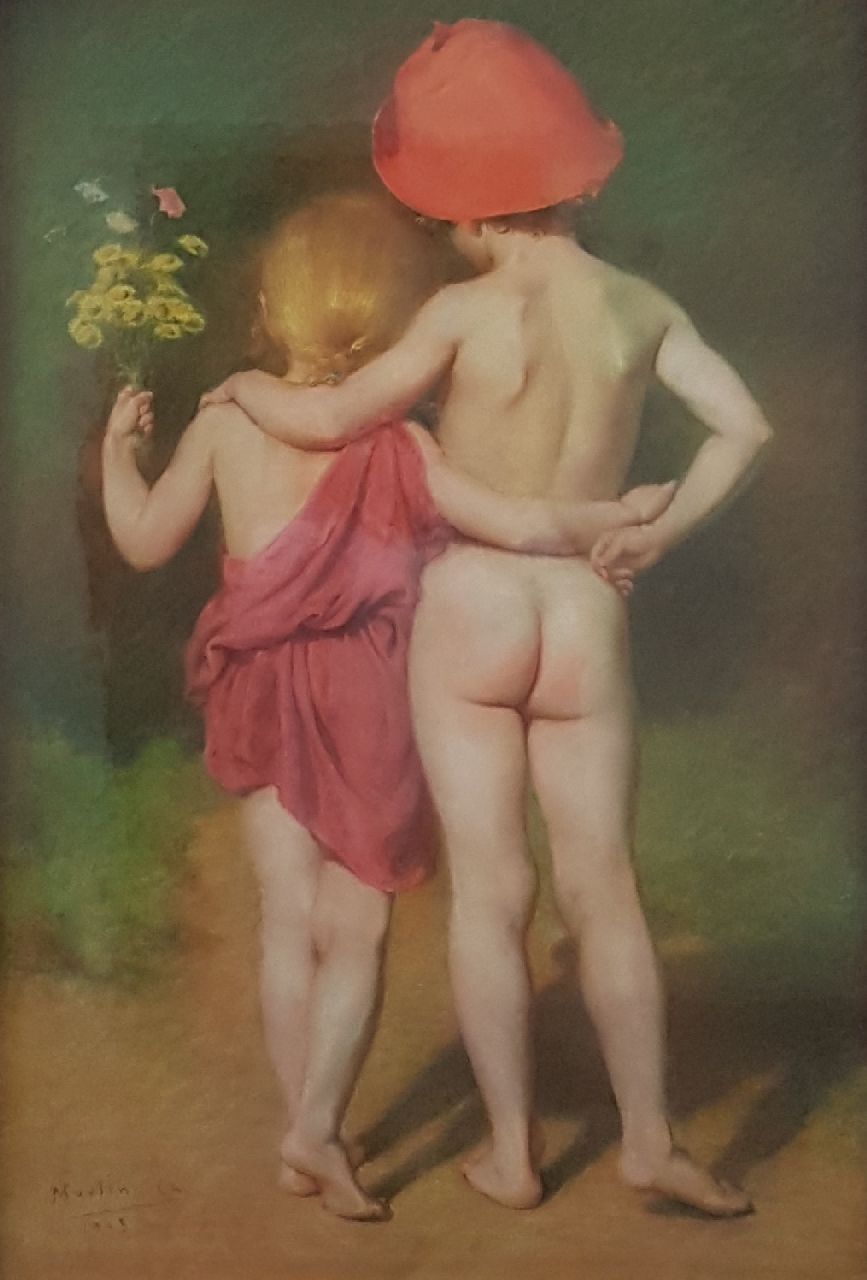