David Bles was born in The Hague as the son of the merchant Joseph Bles. His talent took him to the drawing academy, after which he was taught by Cornelis Kruseman. The painter was very successful in his time with his portraits and well-typed genre pieces, which he often provided with 18th-century furnishings. In a cheerful and humorous way, he pointed out the small flaws of his fellow man, usually belonging to the upper class. Bles lived and worked in The Hague most of his life. In addition to painting, he also drew, watercolored, etched and lithographed.

previously for salepaintings, watercolours and drawings by Bles D.J. 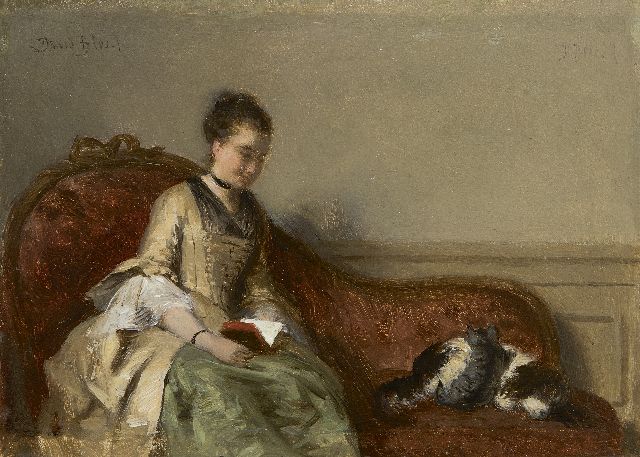 Interior with a lady, reading 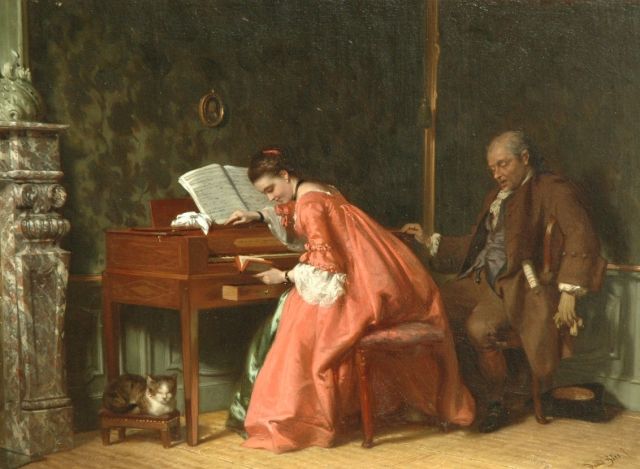 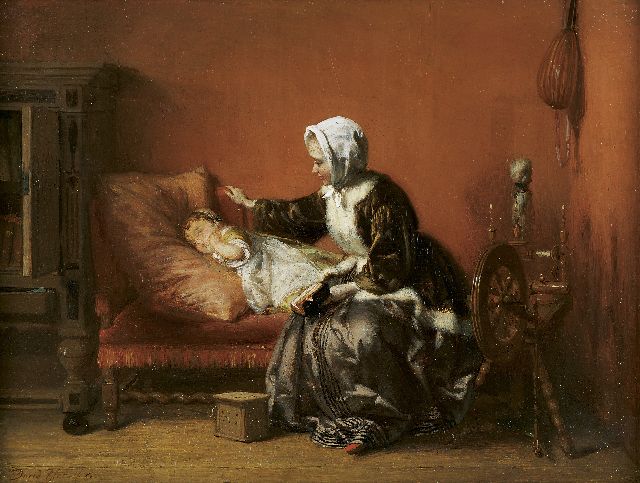 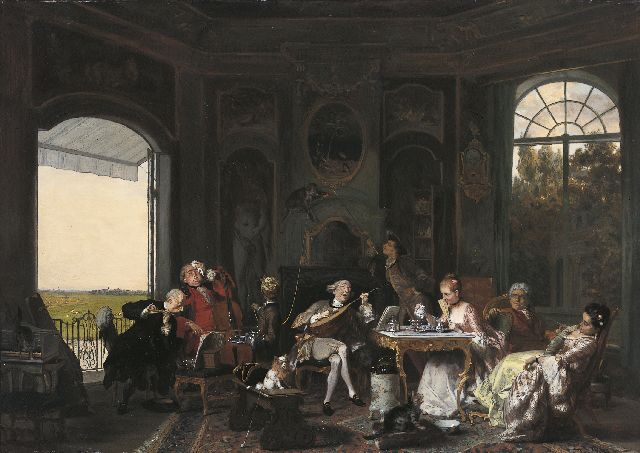 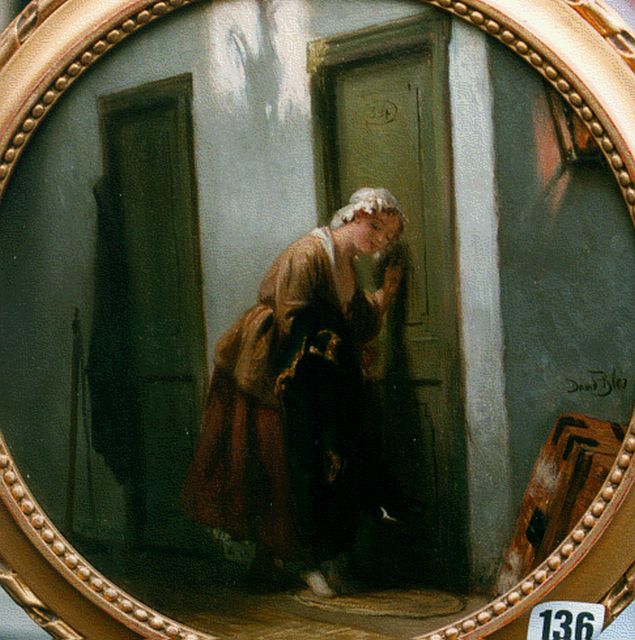 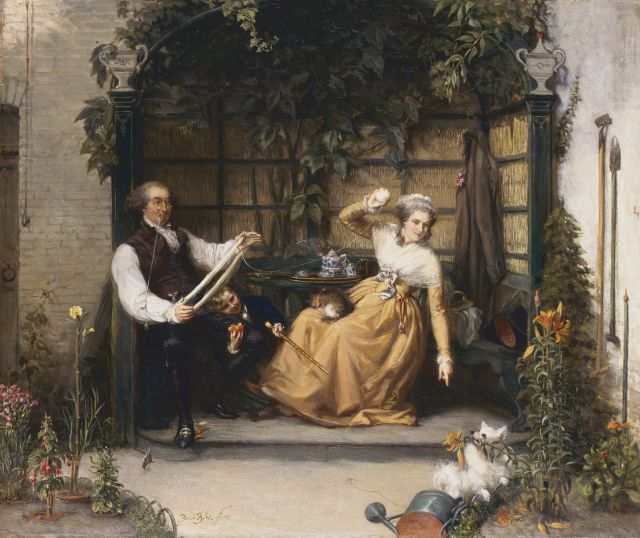 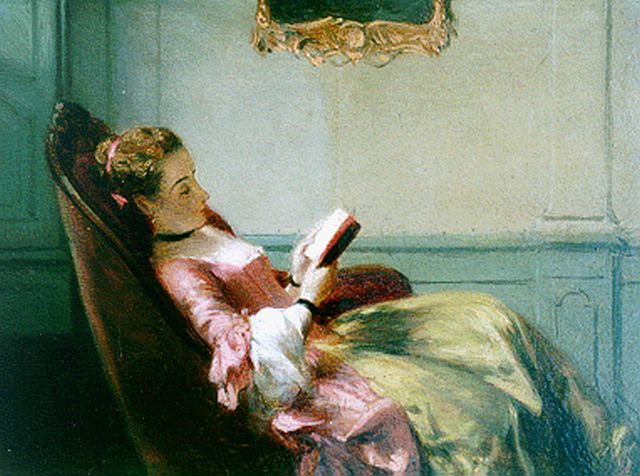 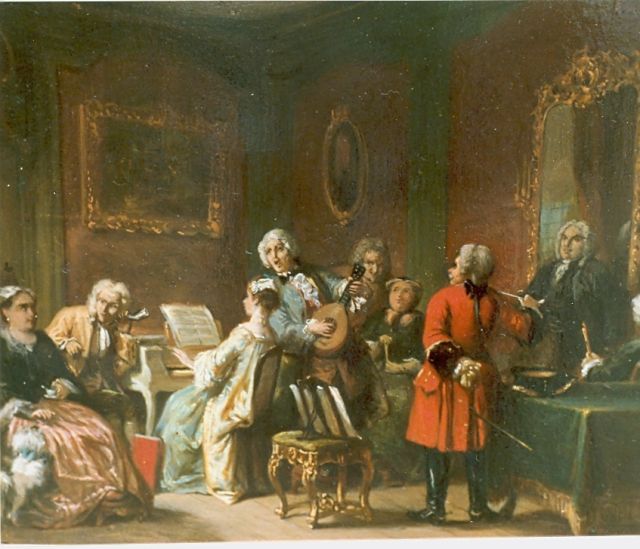 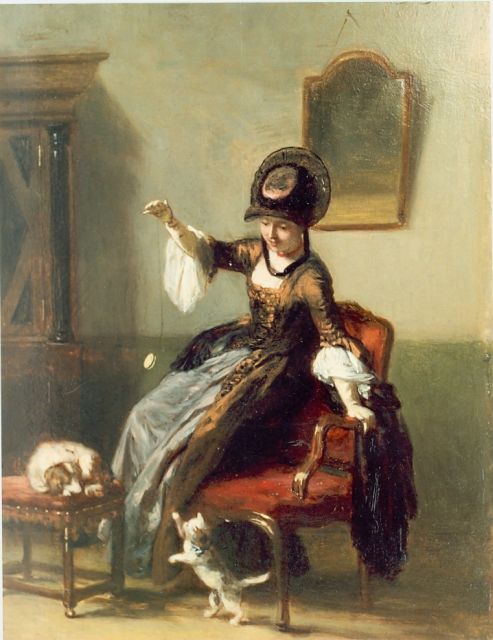 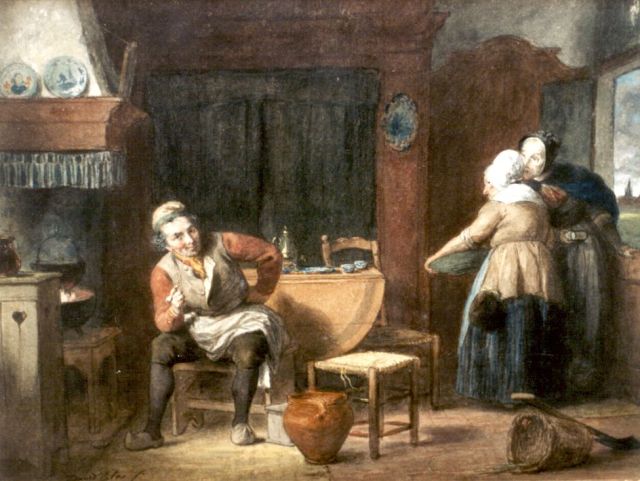 for salepaintings, watercolours and drawings by Bles D.J. 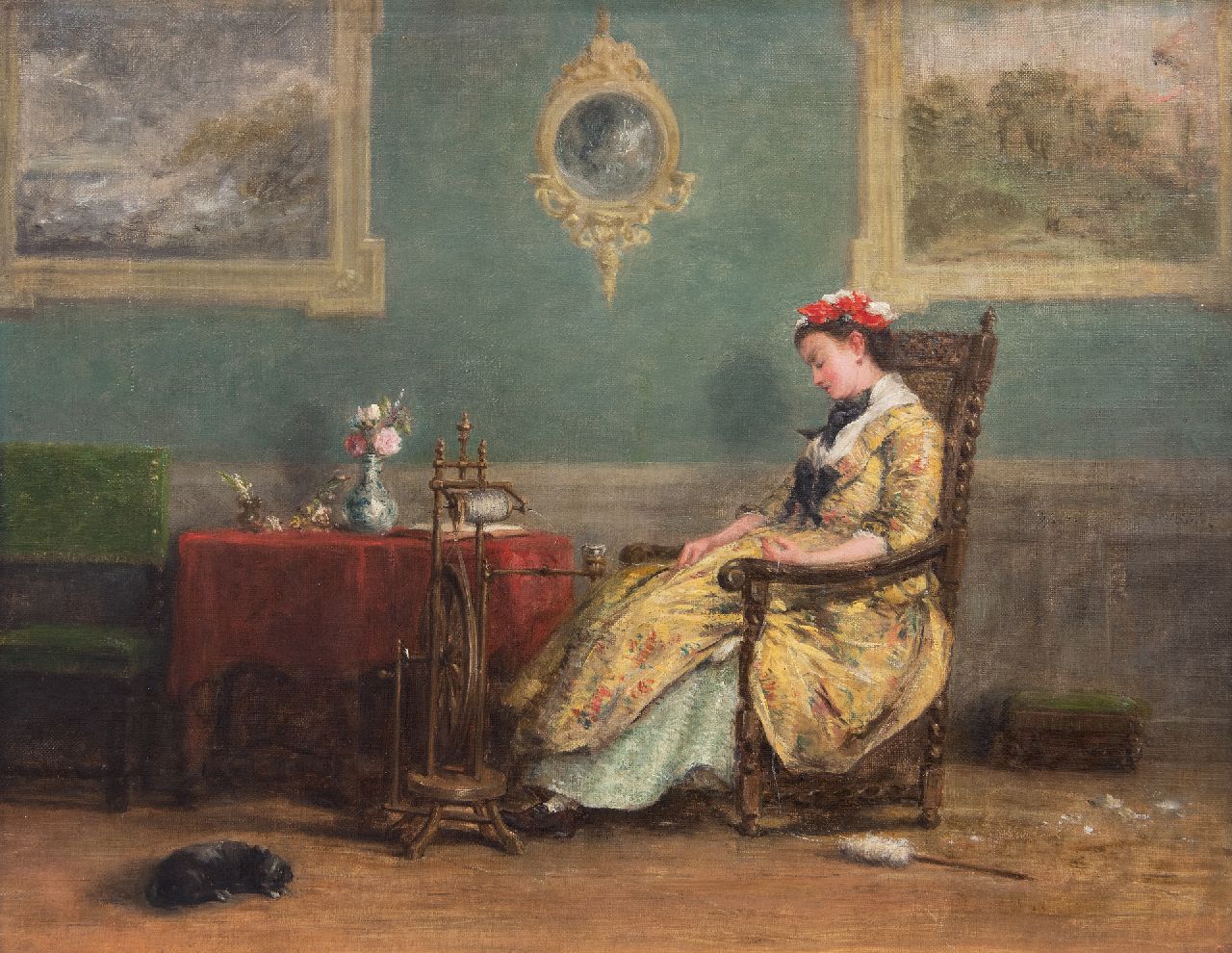