The impressionist Elie Pavil, born in Odessa as Ilya Anatolevitch Pavil, moved to Paris at a young age where he was admitted to the Académie Julian. There he became acquainted with the work of the Impressionists and soon found himself in the artistic circles around Pissarro, Renoir, Sisley and Monet. Its Parisian cityscapes and Montmartre's cabarets, dance houses and cafes reflect the vibrant life of the Belle Époque. From 1904 Pavil exhibited his work at the Paris Salons. His first solo exhibition was in 1907 at the well-known Parisian Galerie Bernheim and then, in the 1920s, he exhibited at Galerie Georges Petit. Pavil, who took French nationality in 1911, moved to Morocco in 1930, where his daughter lived. In a warm and clear southern light he painted landscapes and everyday life on both sides of the Mediterranean.

for salepaintings by Elie Pavil 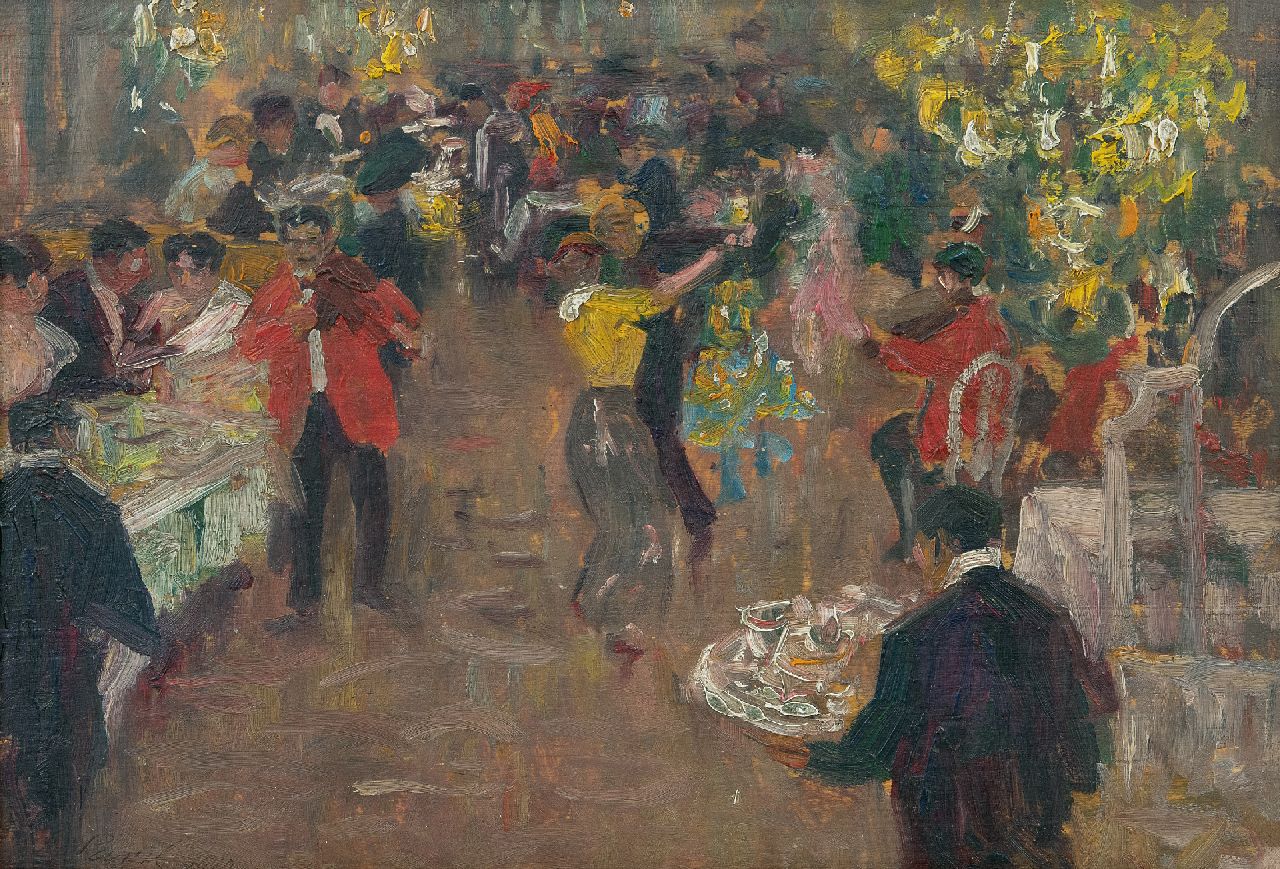