The British society painter Eustace Nash gained fame with animated images of happy tourists and seaside visitors, often situated in his hometown, the southern English seaside resort of Bournemouth. Nash worked as a free artist but also commissioned a lot of work. With his weekly cartoon in the Bournemouth Graphic during the twenties and thirties he became known to a wide audience. He also designed touristic advertising posters and illustrations for magazines. In addition, he provided several travel guides from Bournemouth and nearby Poole with illustrations 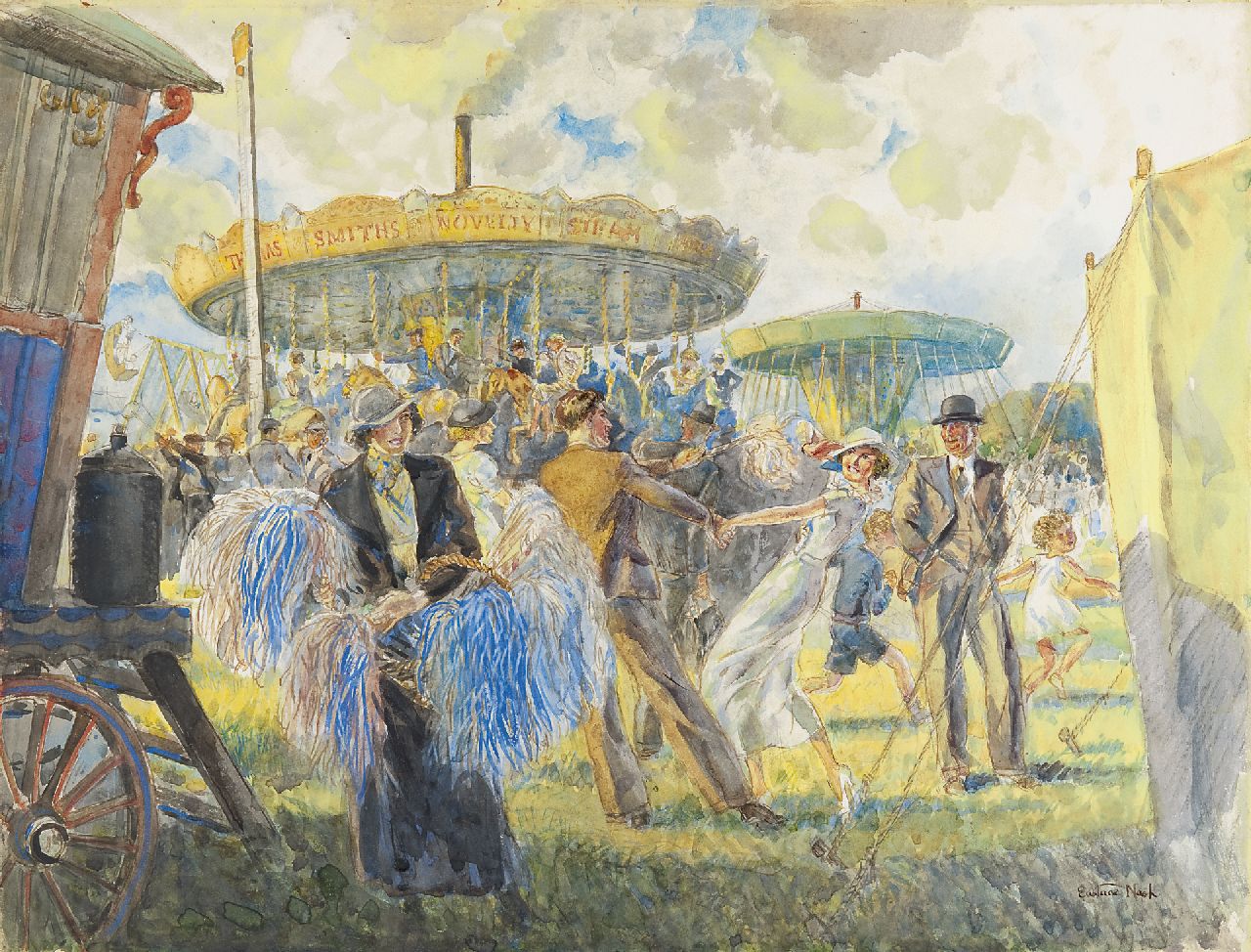