In the 19th century, performances with country folk in the leading role were loved throughout Europe by the emerging bourgeoisie. The existence of fishermen and farmers living close to nature was found to be picturesque, their feelings were seen as honest and sincere. The subjects of this genre varied from harvesting farmers and 'belles' to family happiness and blushing children playing with their goat, dog or cat. Every country had its preferences. In the Netherlands, for example, the fishing genre was popular, in France the combined harvest and market life, and in Italy, the country where Federico Mazzotta lived and worked, the rural courtship and the handsome market girl and kitchen assistant were central.

previously for salepaintings by Mazzotta F. 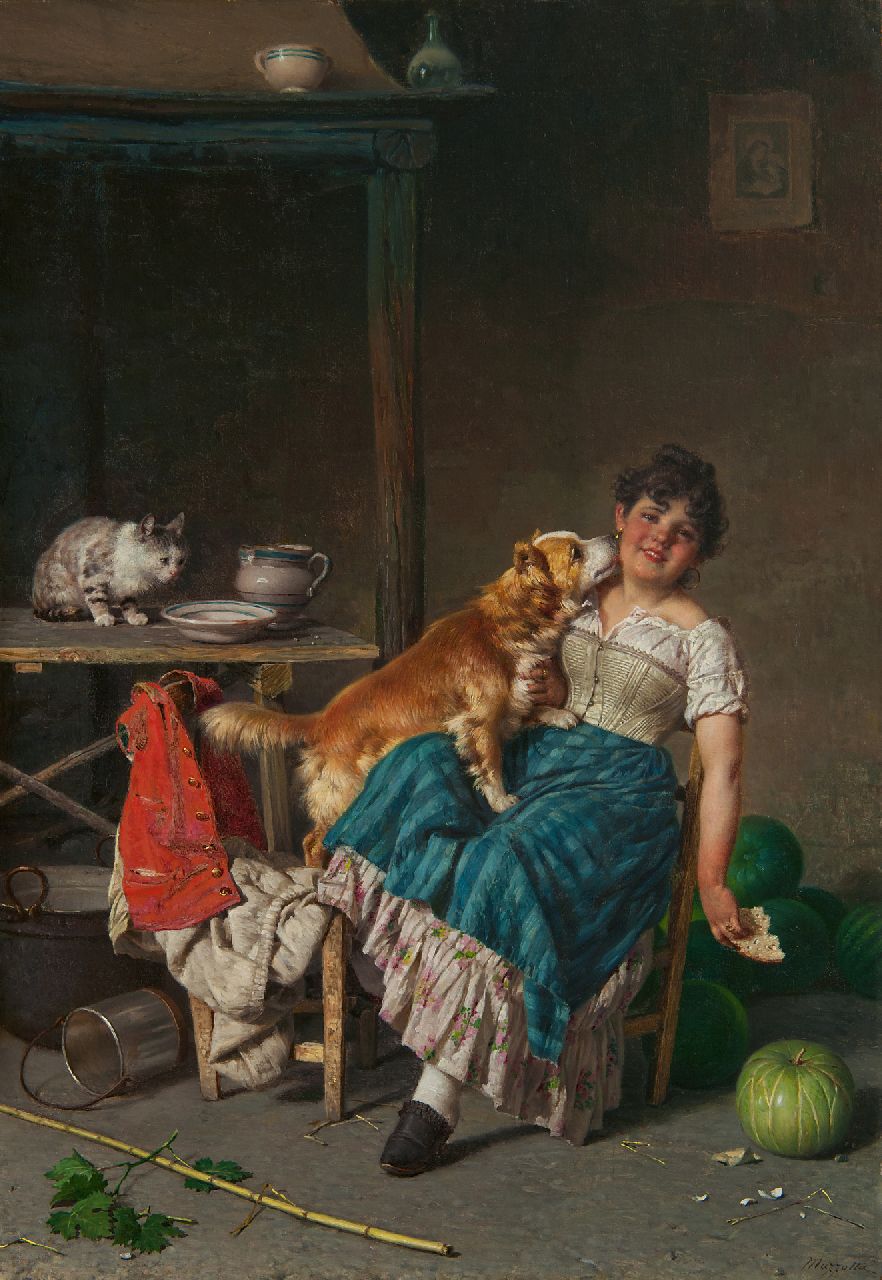