Ferdinand Dorsch was a successful painter of society life. Trained at the art academy of Dresden, he came under the influence of the new French Impressionism through his teacher and friend Gotthardt Kuehl. In 1898 he established a studio of his own in Vienna and was admitted to the Wiener Sezession, a group of artists united in their desire to break with the academic painting establishment. Three years later he returned to Dresden, where he was appointed a teacher at the academy in 1914 and later its director in 1935. His work can be seen in collections including the Städtische Galerie Dresden. 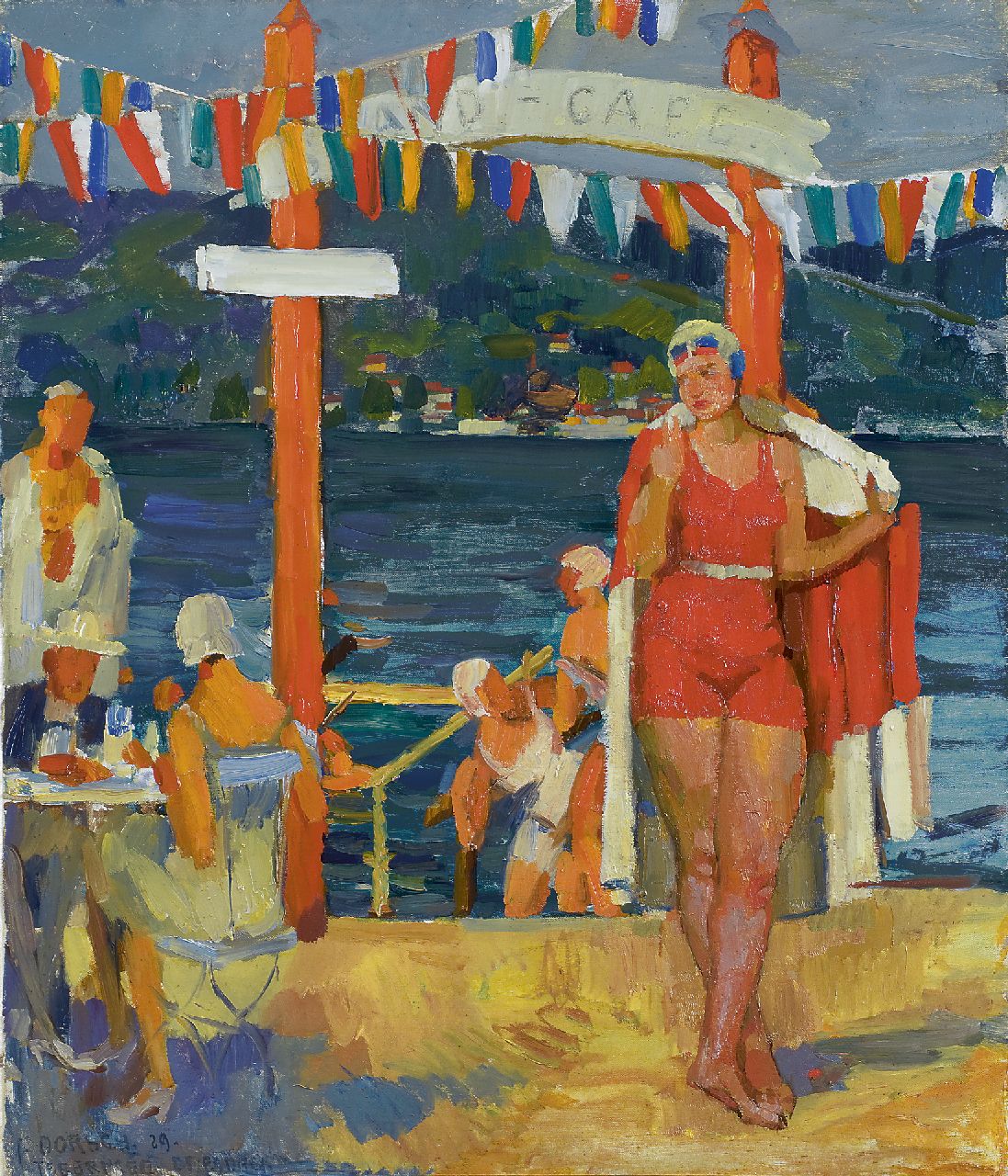 Café at the beach, Southern Germany