Francina Louise Schot descended from a well-to-do Rotterdam family and, as was customary for young ladies who chose painting as a profession at the time, specialised in still lifes of flowers and fruit, occasionally with dead game. From the time she was 19, Schot took part in the Exhibitions of Dutch Living Masters, often alongside the flower painters Adriana Haanen and Gerardine van de Sande Bakhuyzen. Although she married Pierre Henri Martin – a lion tamer and later director of the Blijdorp zoo – in 1850, she always continued to paint and exhibit her work. After her marriage she changed her signature to ‘F.L. Martin geb. [born] Schot’.

previously for salepaintings by Schot F.L. 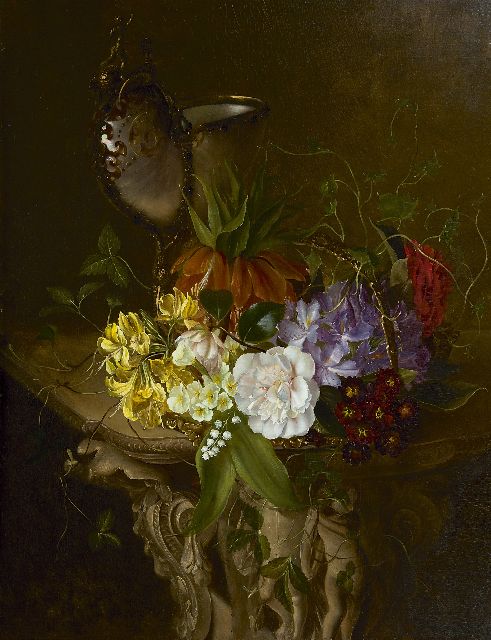 A still life with flowers and nautilus cup 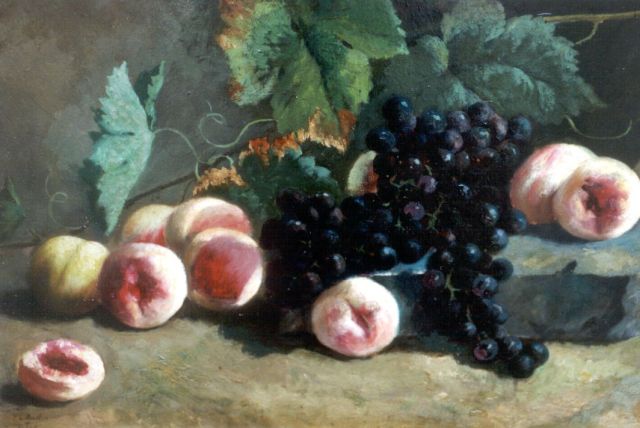 A still life with grapes and peaches 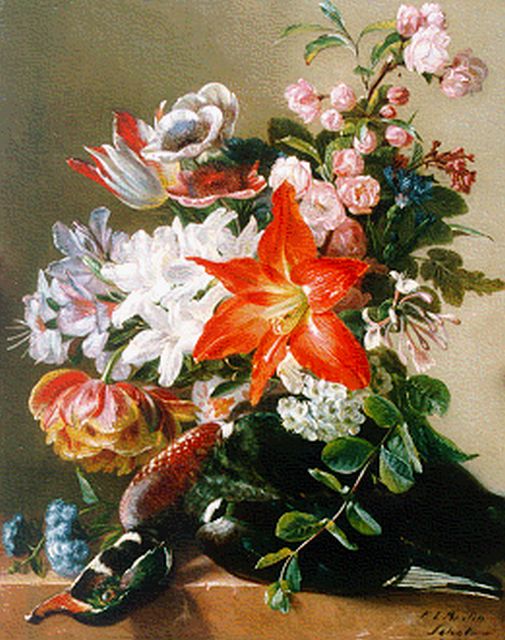