As an innovative typographer, the Groningen painter / printer Hendrik Nicolaas Werkman occupies a special place in Dutch graphic art. Born in rural Leens in 1882, he moved to Groningen with his mother and two brothers after the death of his father. In 1909 he started his own book and commercial printing business there, after failing to finish the HBS - he only excelled in drawing and Dutch - and had worked as an apprentice printer and journalist for a while. That same year he married his first love, Jansje Cremer. From then on, the printing business went uphill - in 1927 Werkman had 27 employees. In 1919 he joined De Ploeg, for which he took care of the printing - posters, invitations and catalogs. In addition, he participated in activities and exhibitions and functions within the board. At that time he also started painting. In contrast to the other team members, who usually went out in the Groningen area, he did not depict nature directly in his paintings, but from his imagination, so that fantasy and emotion played a major role.

Just before the end of the Second World War, Werkman was arrested and executed. Five days later, during the liberation, the Scholtenhuis in Groningen, where his confiscated paintings and prints were stored, was destroyed. The reason for his arrest and execution is still unknown. Was it because he was doing illegal printing or was a danger from making art prohibited by Nazis? The fact is that this ended the life of a gifted and quirky artist who continued to innovate, who did not care about existing rules, but always went his own way. He gave his own explanation to concepts such as 'abstract' and figurative: 'The result is by my nature, not according to a principle,' he wrote to a friend in 1942.

A year after Jansje's sudden death in 1917, Werkman remarried Nell Supheert, whose brother became the new partner of H.N. Workman. Unfortunately, this did not lead to a fruitful collaboration and in 1923 Werkman had to sell his company. He started again, with a sky high debt, with only one printing press in an attic of a warehouse at Lage der A. (In 1983 this floor would be converted into workshops and renamed 'Werkmanhuis'.) There he discovered the possibilities of his typographic material as an artistic means of expression and his first 'prints', as he came to call them, were created: simple, colorful scenes with great expressiveness. In the mid-1930s he expanded his possibilities by using templates in addition to his stamping technique; he printed with differently colored ink rollers over templates he cut himself. For this process he chose the name 'hot printing', which he derived from 'hot jazz', for which a piano, trumpet and bass formed the basis. Werkman also took a number of basic shapes and made variations with them. Werkman was able to experiment to his heart's content in his own craft: 'Printing is primary, which in turn draws support for painting.'

Werkmans Ploeg friends had little appreciation for the semi-abstract experiments with printer material. An exception to this was Job Hansen, who shared the same interest in innovations and outspoken ideas with Werkman. Hansen was one of the first to buy 'prints' from Werkman and after his death he cared about Werkman's family and his artistic legacy. It took quite a long time before Werkman's work, which was also dismissed by Groningen critics as 'color compositions, more joking than serious work,' was understood. It was not until 1939 that he received the recognition that was due to him when Willem Sandberg, himself a typographer and at that time chief curator of Het Stedelijk Museum Amsterdam, discovered the 'prints' and purchased them for Het Stedelijk. Sandberg also organized the first solo exhibition of Werkman's work in Amsterdam that year.

In the 1920s and 1930s, Werkman published several artistically designed magazines in which, in addition to sound poems and political commentaries of his own, he called on ar

previously for saleprints & multiples and sculptures by Werkman H.N. 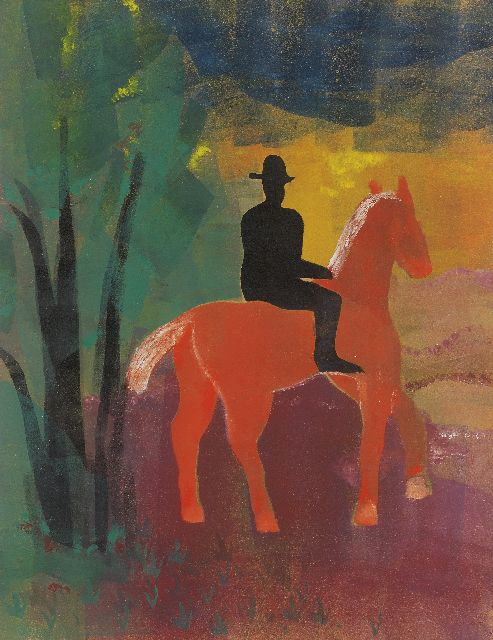 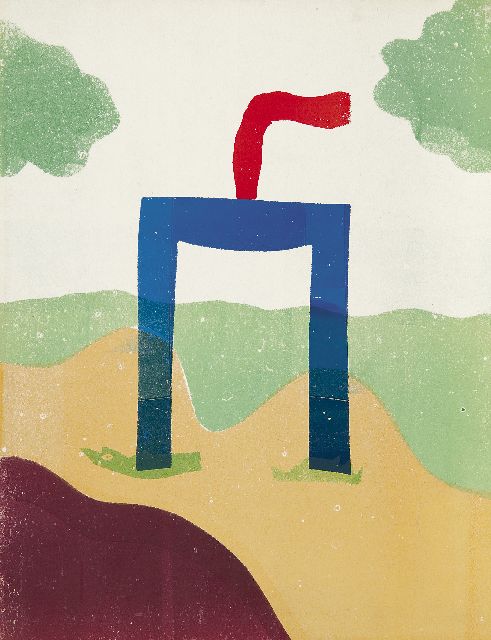 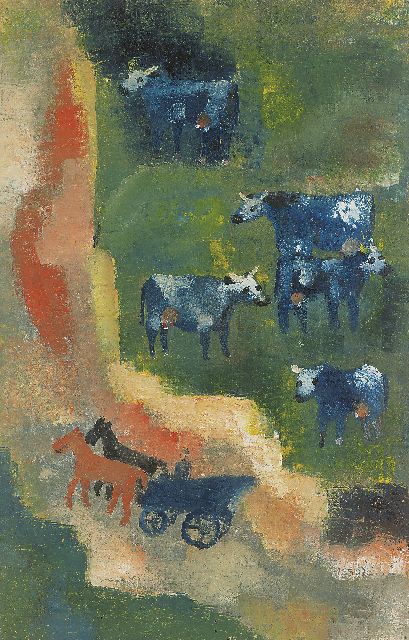 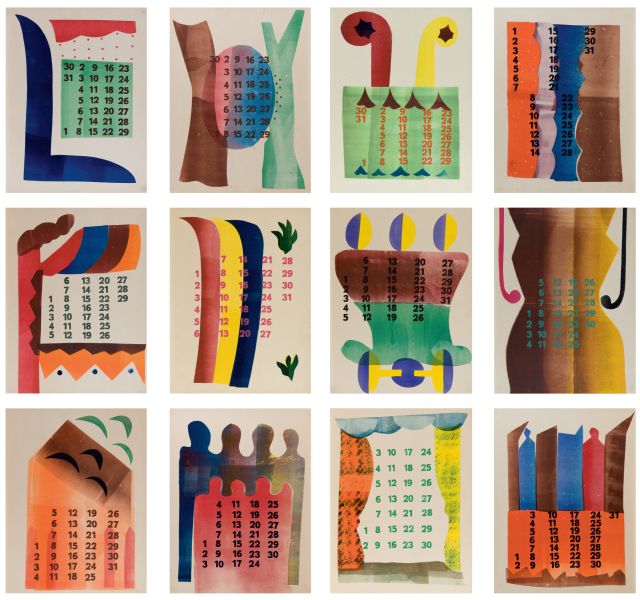 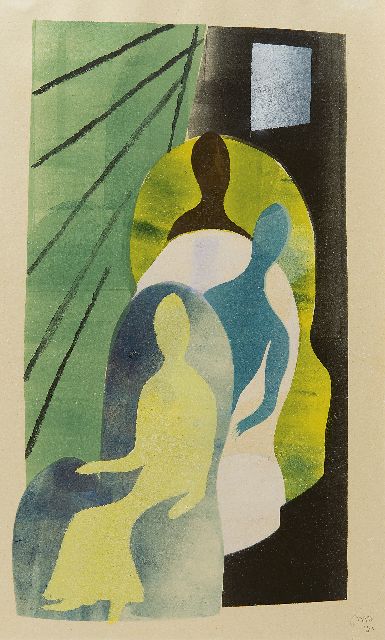 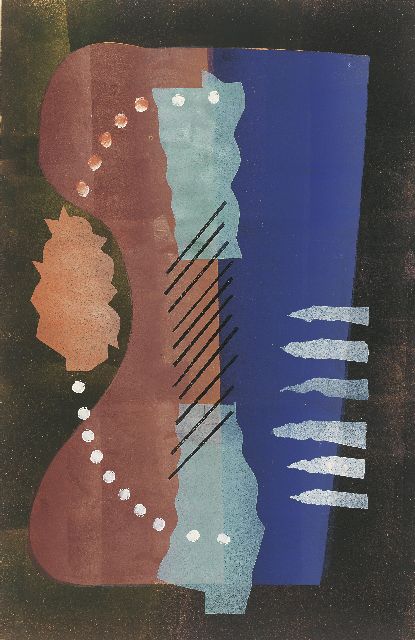 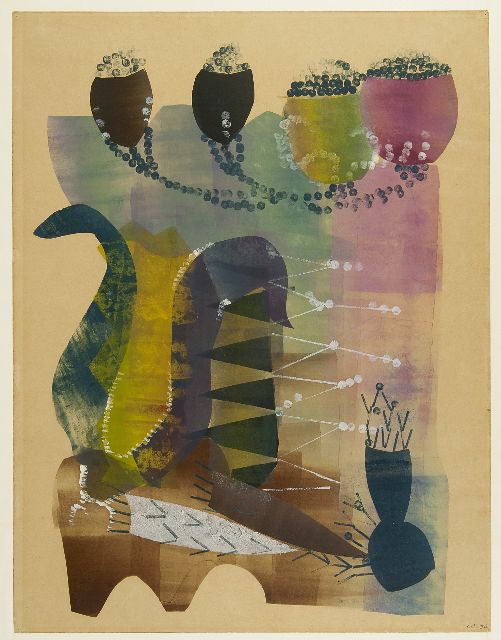 Composition with forms of plants 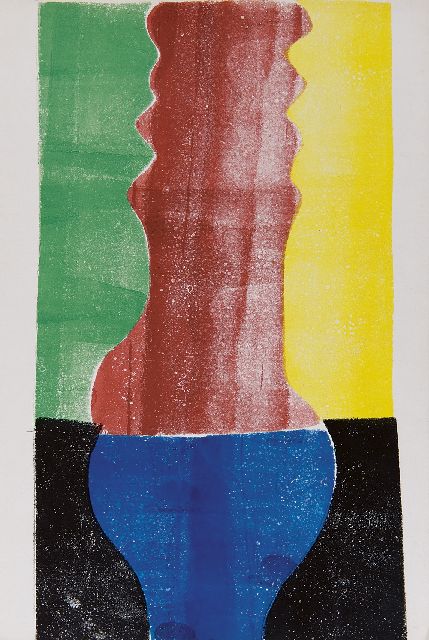 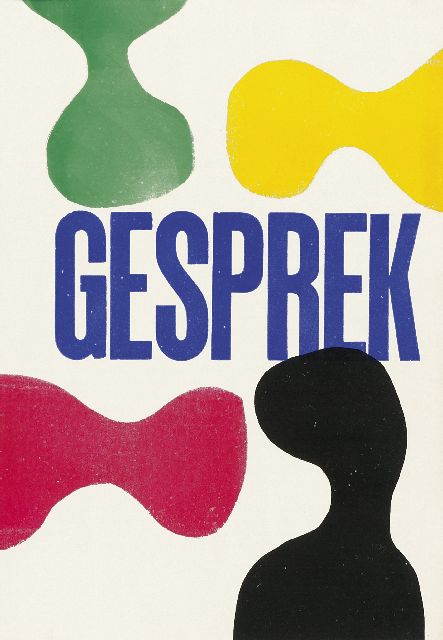 Gesprek: cover of booklet with tekst by F.R.A. Henkels 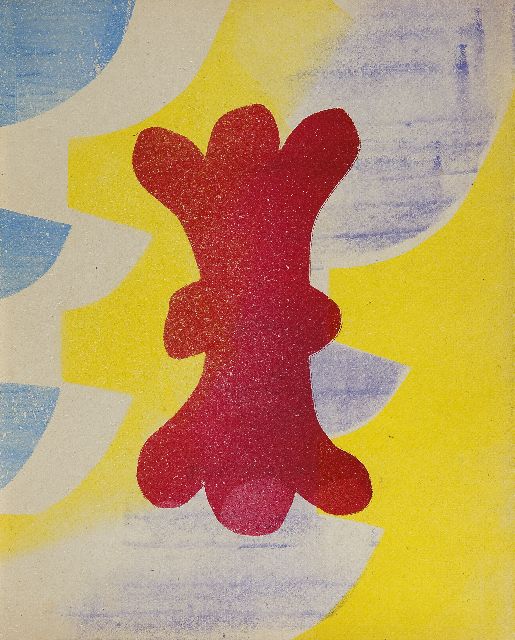 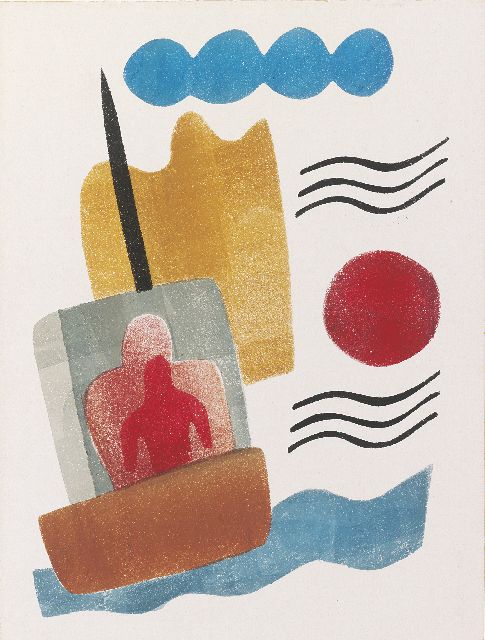 for saleprints & multiples and sculptures by Werkman H.N. 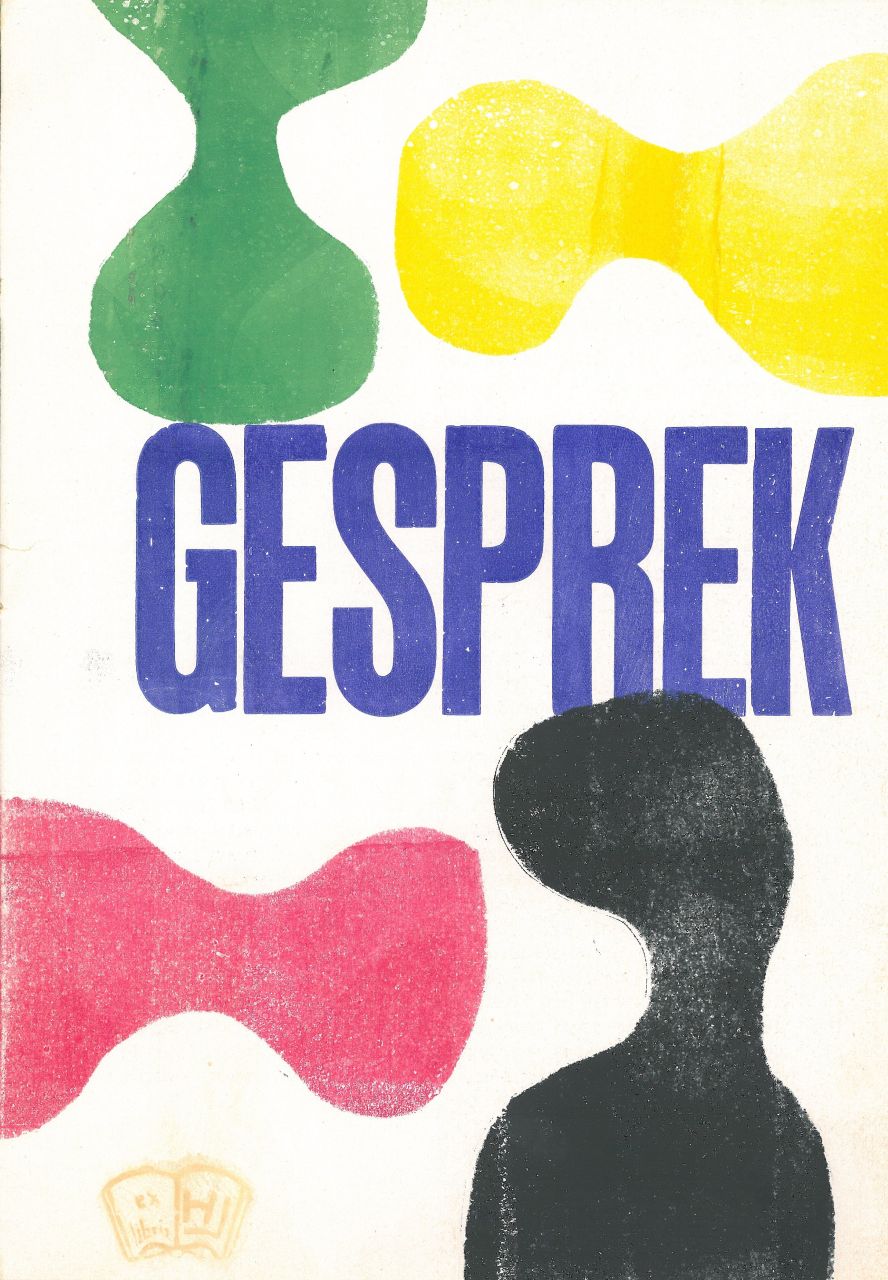