Entertainment at the Bar, by the American painter and illustrator William Reusswig, was used in the 1930s to illustrate one of the year books of the Dutch Treat club, the famous society of writers, journalists, publishers and illustrators in New York. These year books for the club’s members were known for their titillating images, which were in keeping with the popular pin-up genre of the day. Stateside, pin-ups of ‘All-American girls’ in suggestive poses were all the rage in the 1920s and 1930s and many well-established artists became involved with the genre. William Reusswig also produced illustrations and book jacket designs for numerous magazines and penny dreadfuls, like Adventure and Dime Detective Magazine, who enticed readers with covers of beautiful, scantily dressed girls. 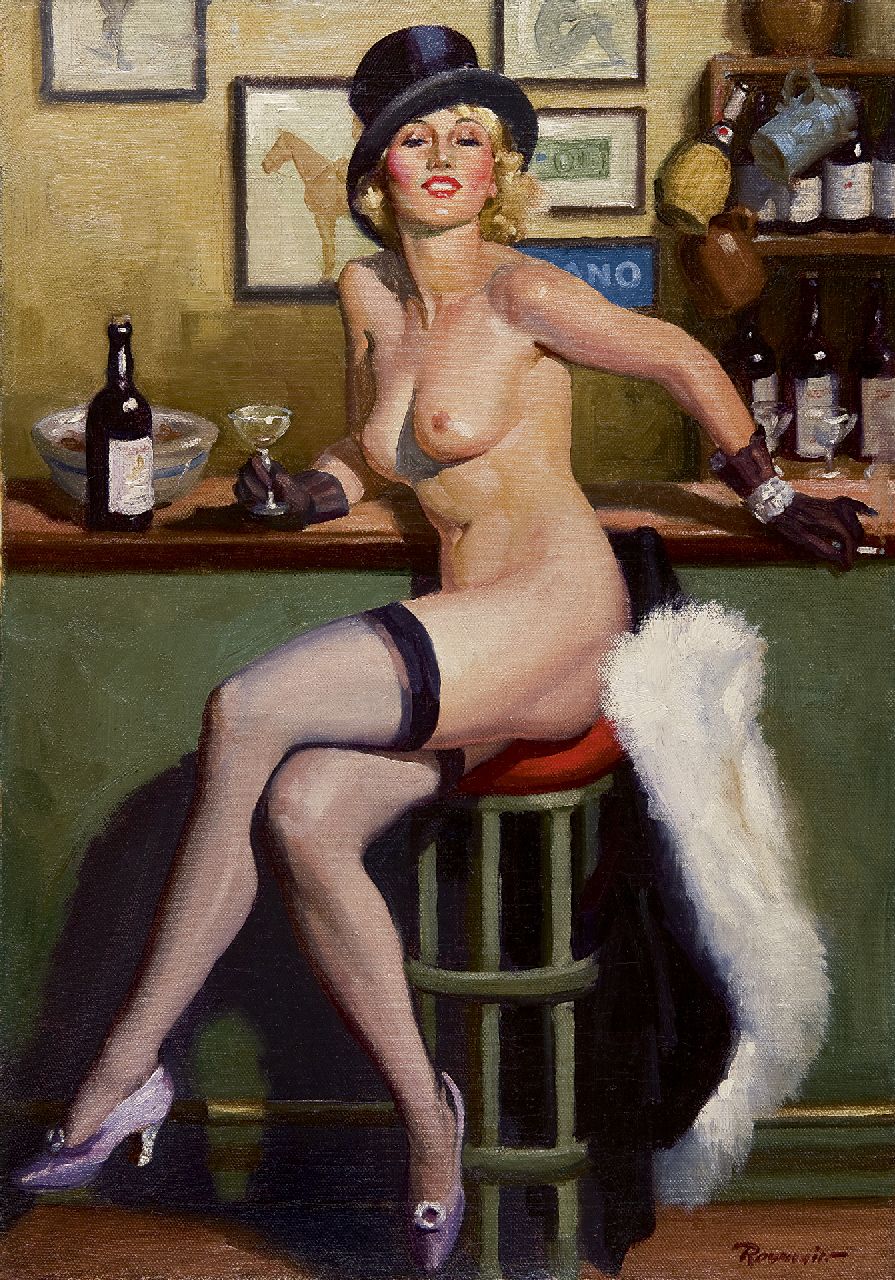 Entertainment at the bar