John Hulk was born in 1855. His father Johannes Frederik Hulk was a shopkeeper and painter, and the first of his many teachers. After completing the Rijksacademie in Amsterdam, he went on to train at the renowned Académie Julian in Paris. 'John' was a nickname, probably acquired during the period he spent working in England, where he built a reputation for his oils and watercolours of English fox hunts with hounds. Back in the Netherlands, he turned his focus to painting animals and hunting scenes featuring small game such as duck and hare. In 1907 he was appointed conservator of the Teylers Museum in Haarlem

previously for salepaintings, watercolours and drawings by Hulk jr. J.F. 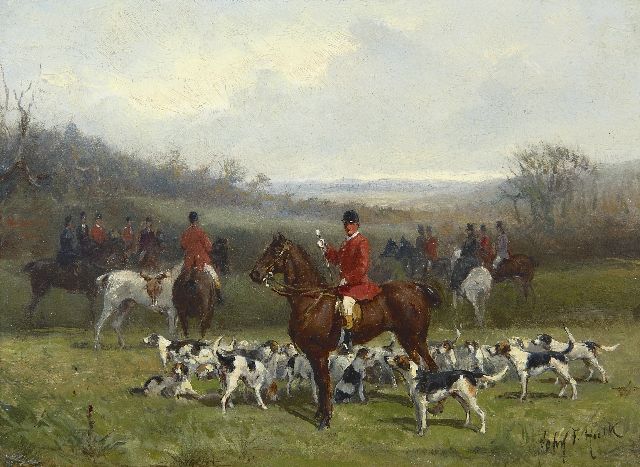 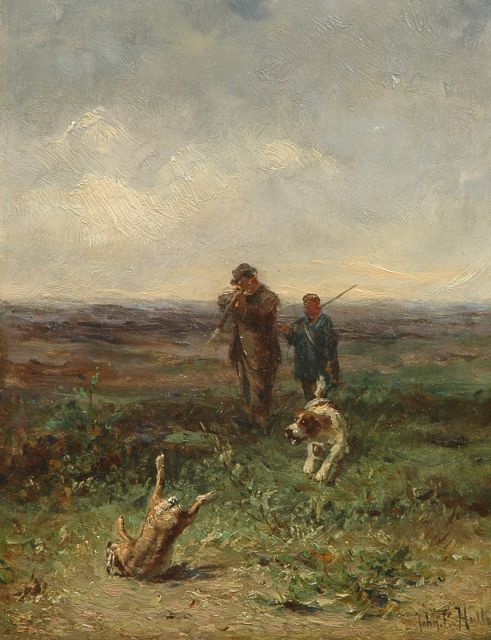 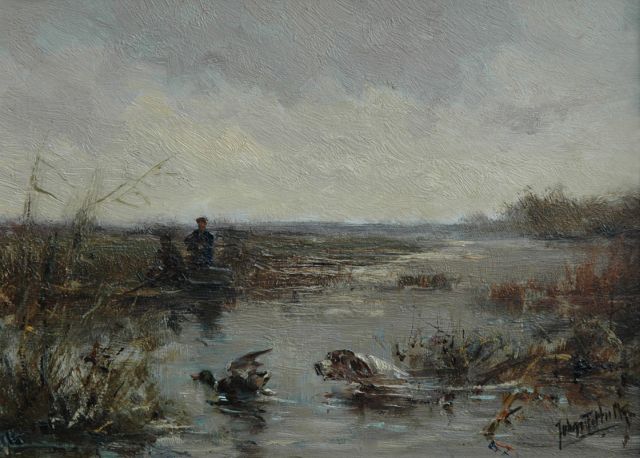 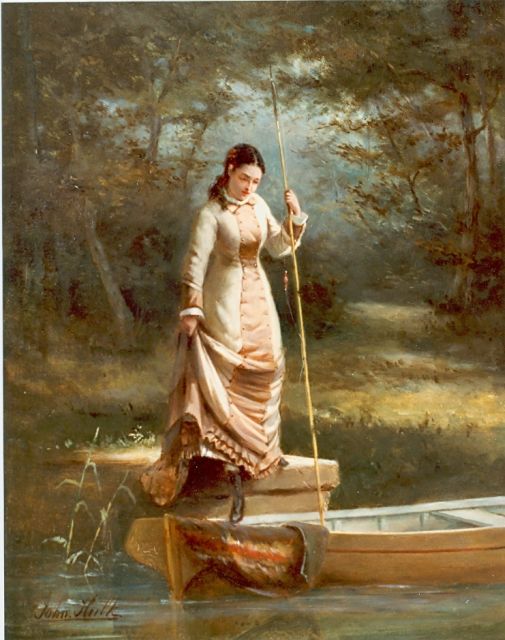 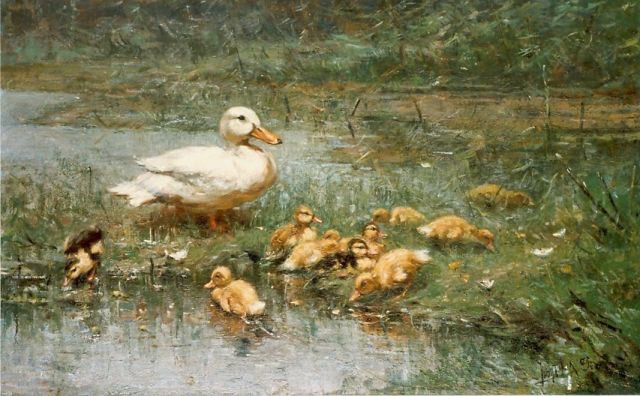 A duck with ducklings 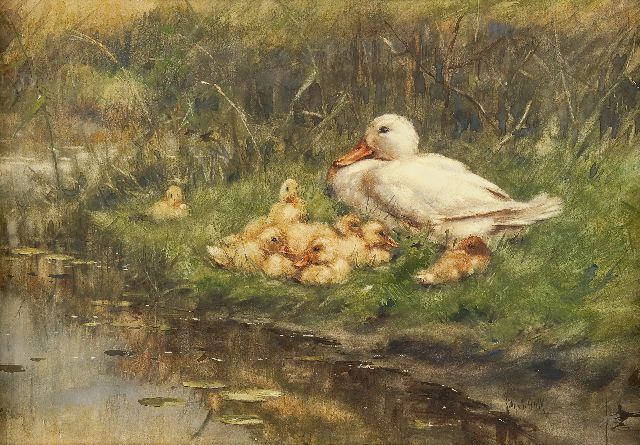 A mother duck with her ducklings on a riverbank 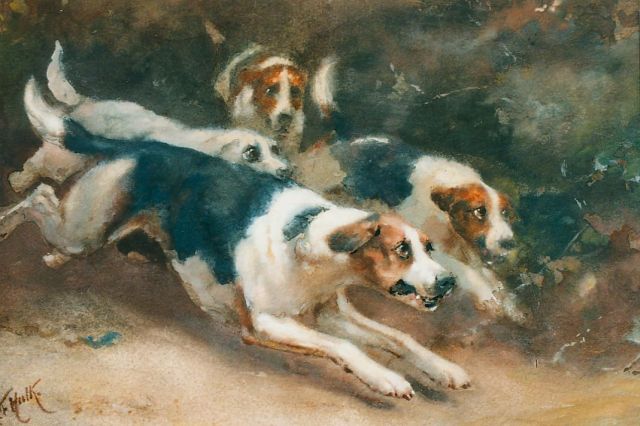 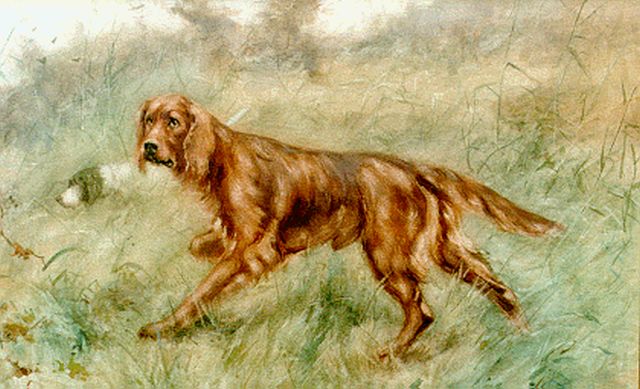 for salepaintings, watercolours and drawings by Hulk jr. J.F. 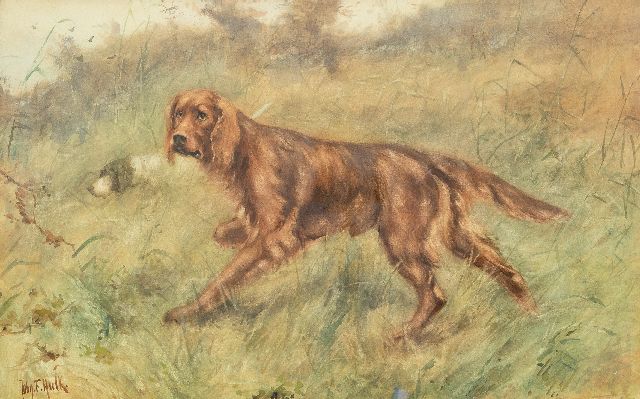 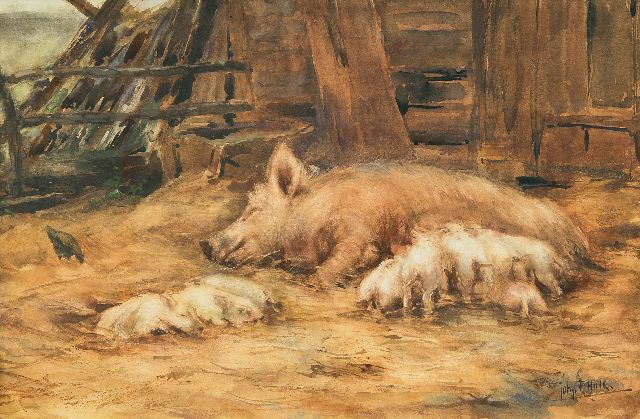 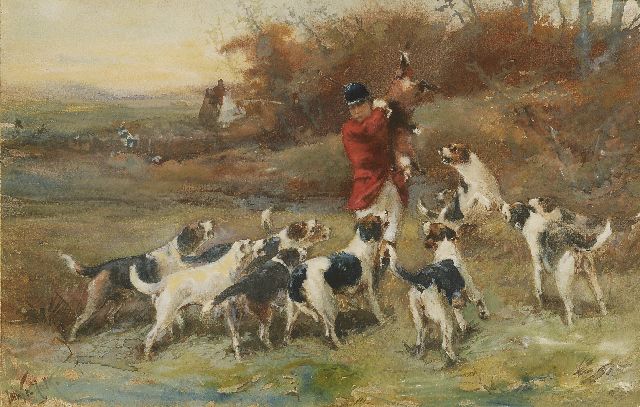