Lucien Adrion worked as a technical draughtsman until 1918, when he moved to Paris and found a job as a fashion illustrator. A restless spirit, he drifted from there to London, Munich, Frankfurt and Berlin, eventually settling in Paris again and making a name for himself as a painter, illustrator and lithographer. In Berlin he had received graphic training under Hermann Struck, whose other pupils included Marc Chagall. Most successful were Adrion's impressionistic scenes of Parisian street life and the fashionable beaches of Normandy and the south of France. 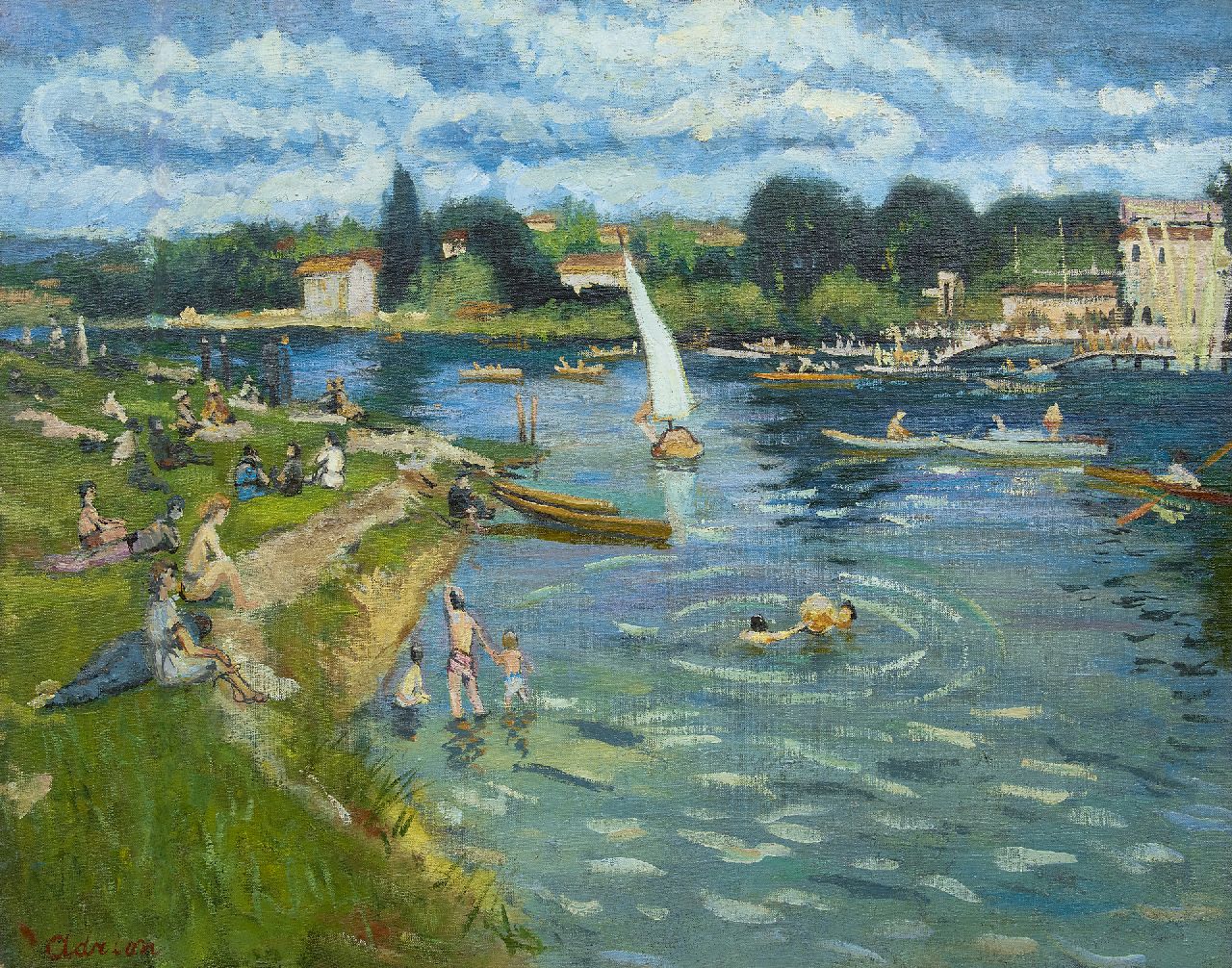 Sunday at the lake