Pablo Picasso can without exaggeration be called the most creative and versatile artist of the 20th century. In addition to his numerous paintings, he also manifested himself as a graphic artist, ceramist, draftsman, decor and costume designer and sculptor. His artistic talent came to light at an early age and he was admitted to the Madrid Academy for 16 years. In 1904 he settled in Paris, where in 1907 broke through with his cubist paintings. His work was sold by Heinz Berggruen (Berlin 1914), leading art dealer and friend of Picasso. 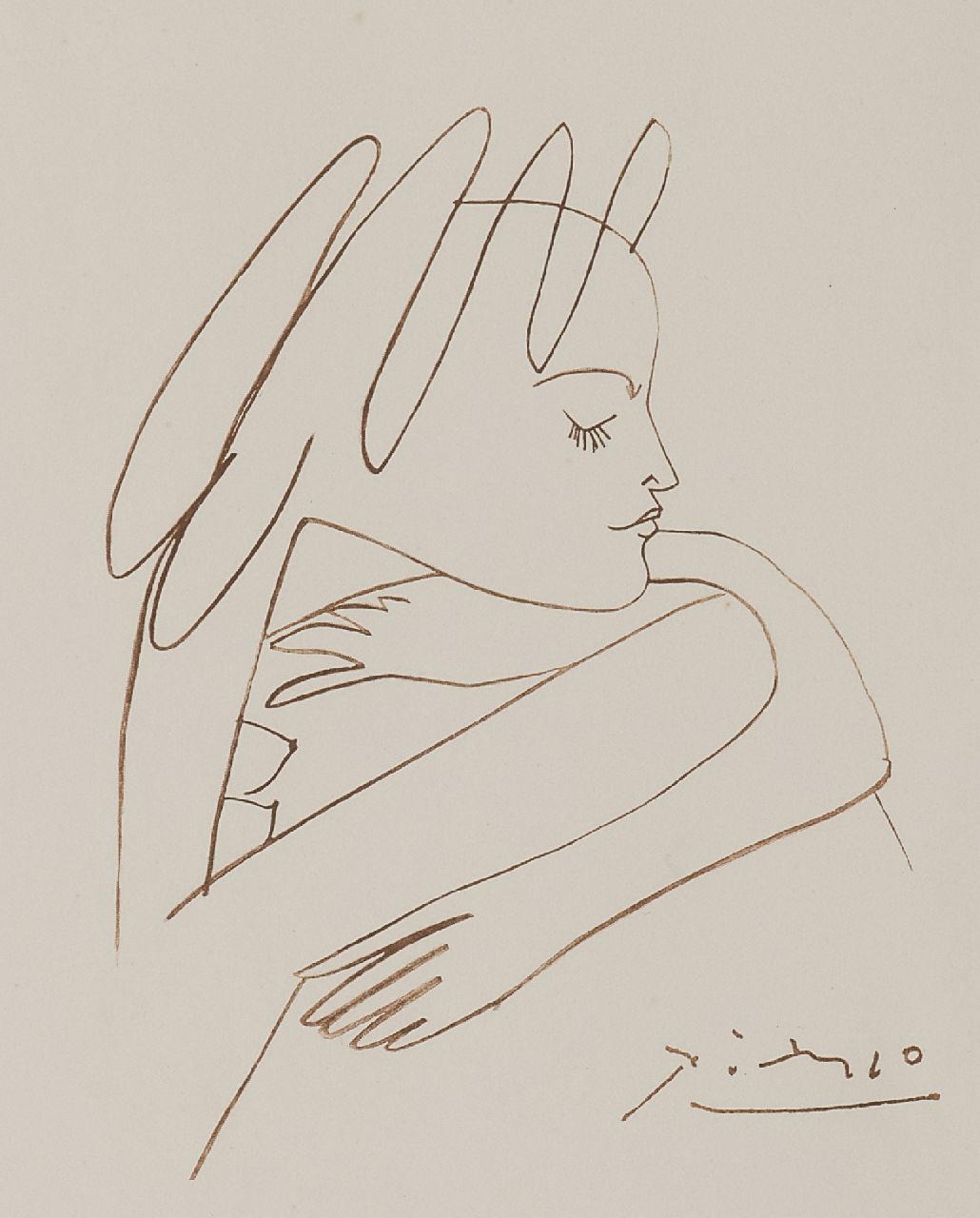 Geneviève (illustration in the edition of 'Les cavaliers d'ombre)