Sam van Beek from Amsterdam was born in 1878 as an artist's son. He studied at the Teekenschool in his hometown and then developed as a versatile artist. Van Beek painted, watercolored and etched. At a young age he exhibited at the four-yearly exhibition in Arnhem. His subjects were as varied as his techniques: he painted cityscapes, flower still lifes, animals and landscapes, among other things. At the beginning of his career he painted in an impressionist style with a light color. Later his work became more stylized and he no longer allowed himself to be limited by observable reality. Contemporaries appreciated his art, none other than Queen Wilhelmina bought his work 'view of the IJ in Amsterdam' in 1915. He was active as a member of 'Arti et Amicitiae' and 'St. Lucas' in Amsterdam.

previously for salepaintings, watercolours and drawings by Sam van Beek 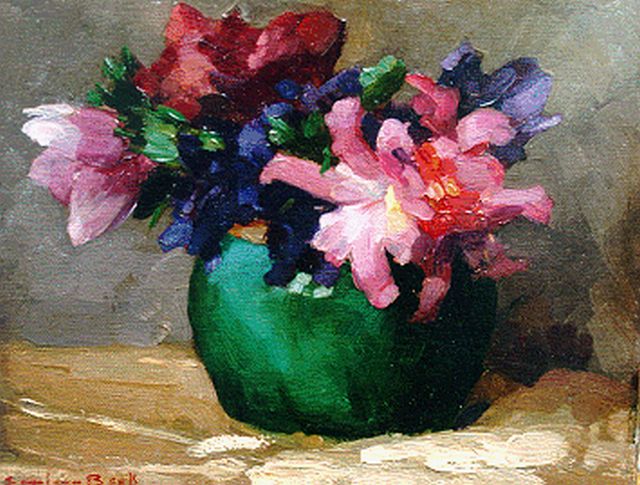 Coloured flowers in a ginger jar 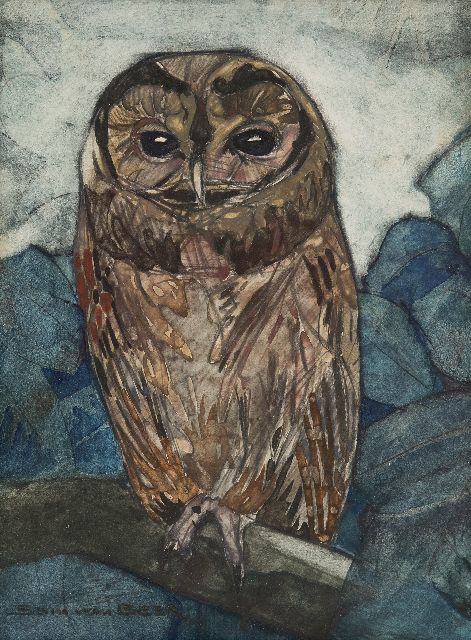 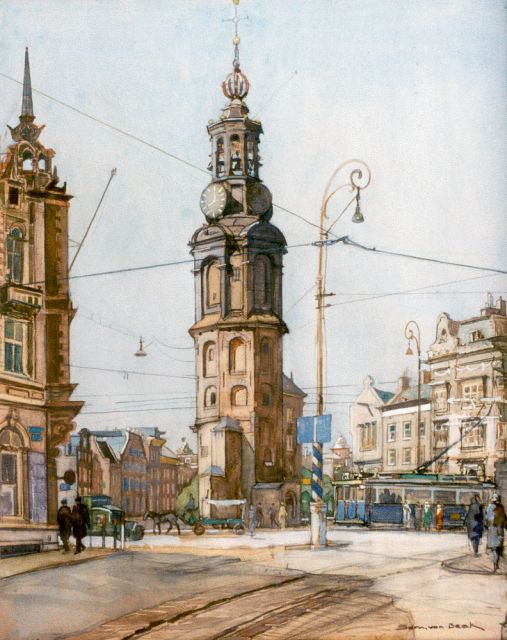 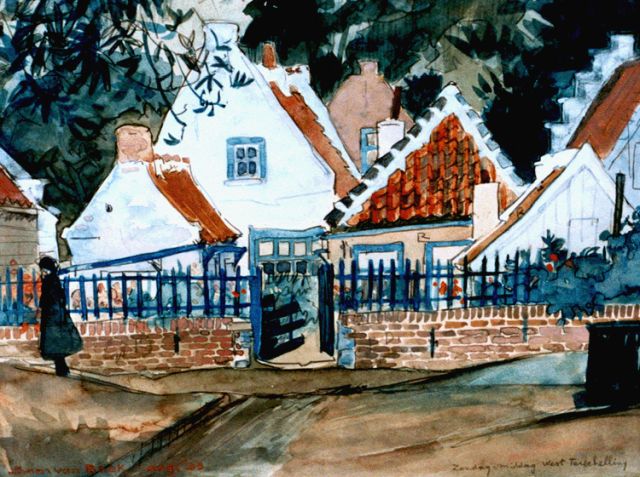 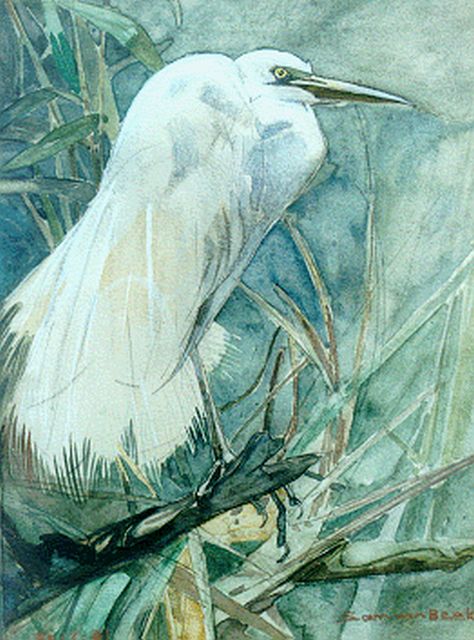 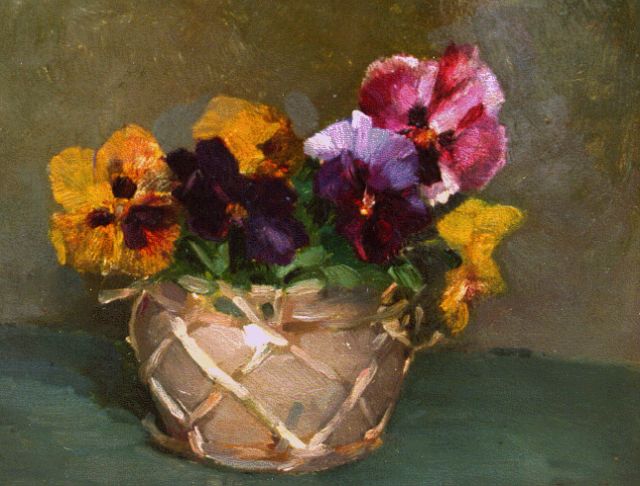 A flower still life with violets