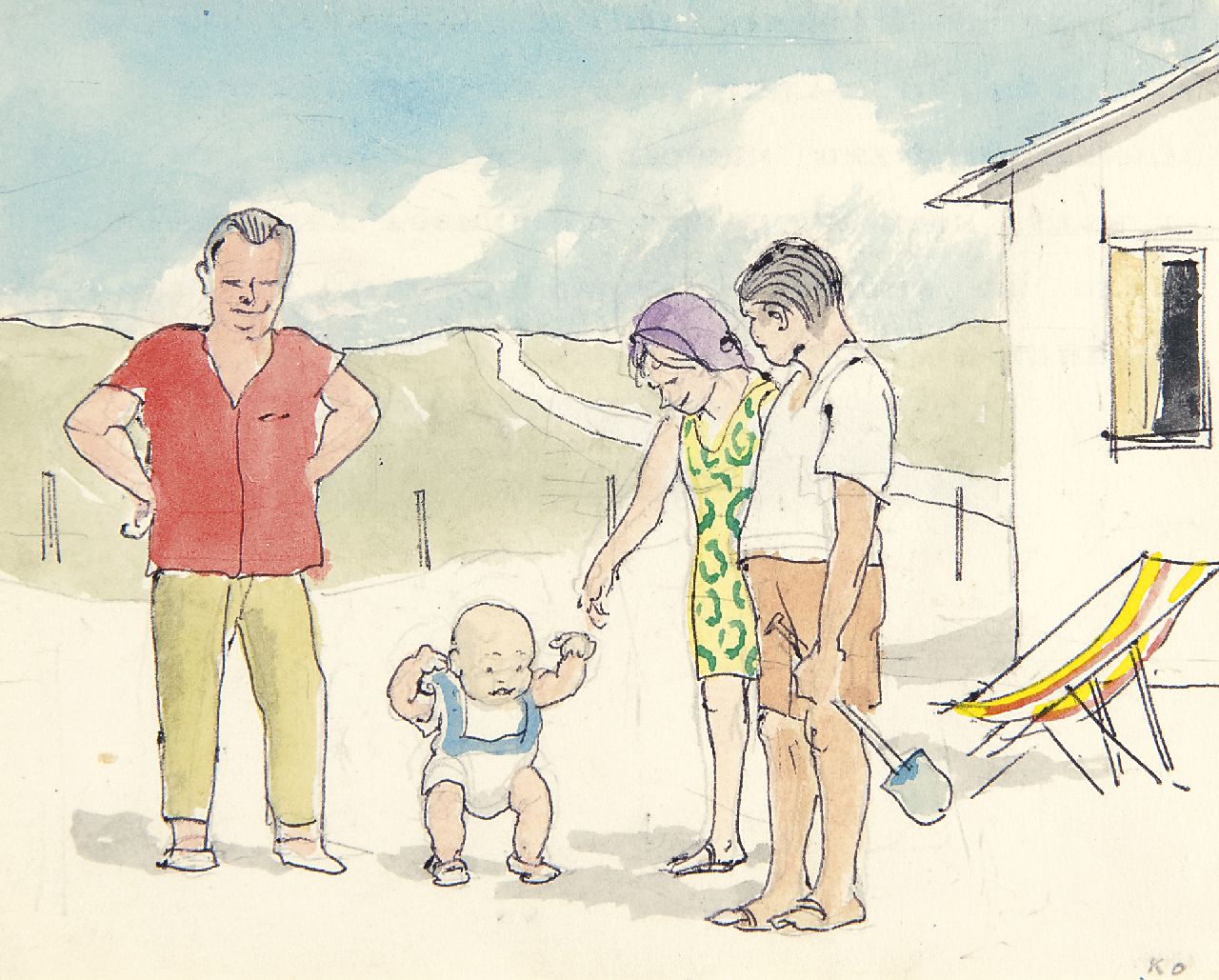 The first steps on the beach
watercolour on paper 11.5 x 14.3 cm, signed l.r. with initials

The first steps on the beach
watercolour on paper 11.5 x 14.3 cm, signed l.r. with initials