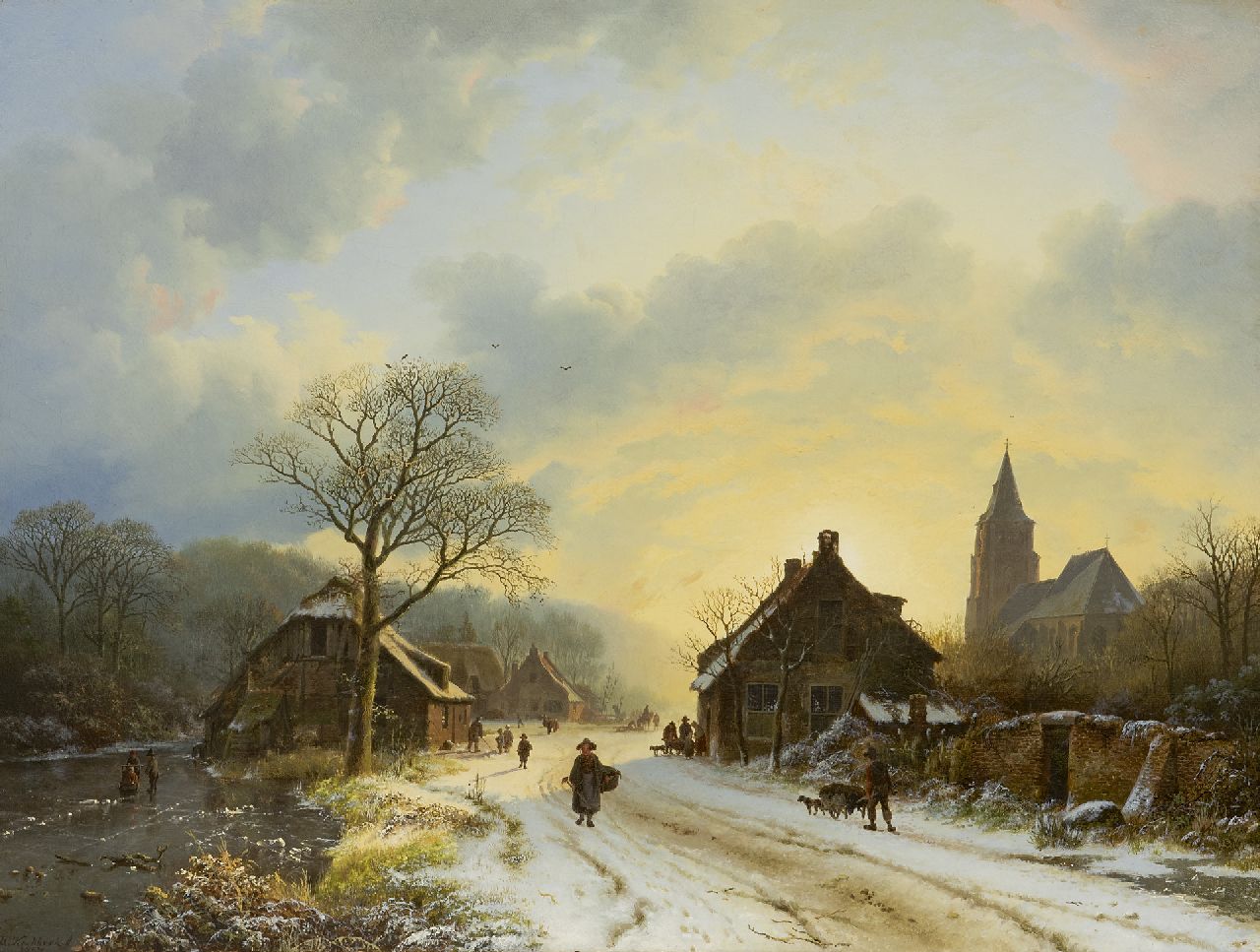 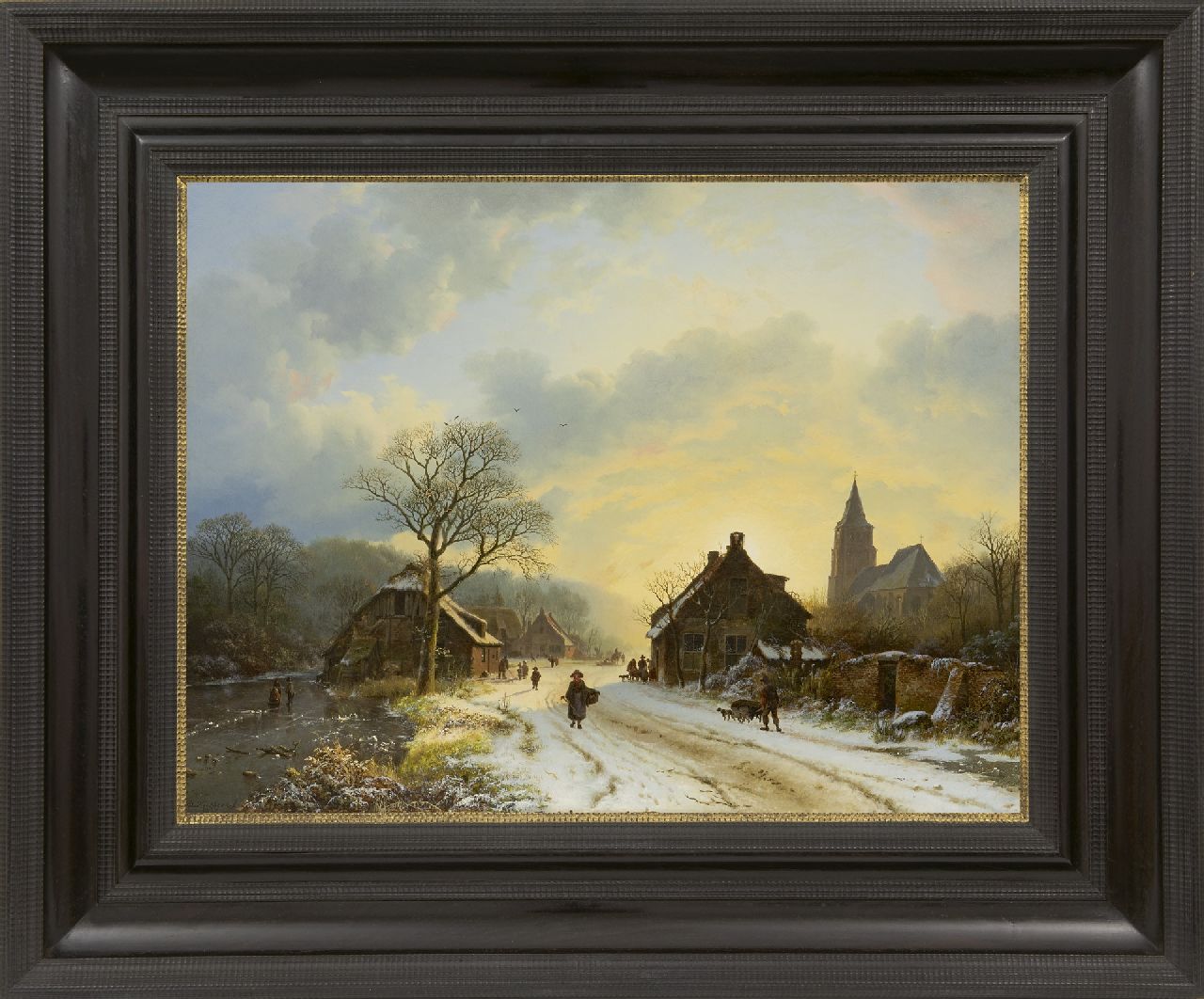 Winters are less common in Barend Cornelis Koekkoek's oeuvre: it is estimated that he painted about a hundred snow and ice views, about a fifth of his oeuvre. As a true romantic, Koekkoek concentrates in his early snow landscapes on imagining the silence in nature and the winter atmosphere. From the thirties on, the winters have been upholstered more vividly. Skaters are now also making their entry into frozen ditches and canals, as a result of which his winter scenes occasionally show similarities with the compositions of contemporary Andreas Schelfhout. However, the winters of Barend Cornelis are often richer dressed with frosted trees, bushes and castles or ruins. A majestic oak appears in almost all his paintings. As a symbol of strength and imperfection, it is a popular motif. But his format also emphasizes the insignificance of man in relation to the greatness of nature and, yes, his subordination to that nature. The romantic artist was very much aware of this.

Also for sale from Koekkoek B.C. 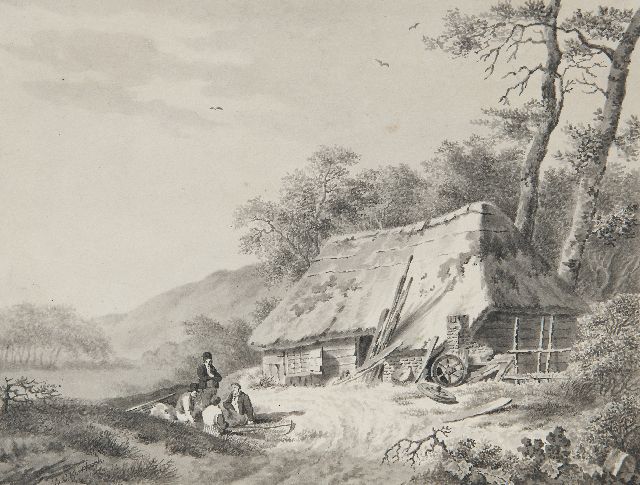 Figures near a farmhouse, drawing on paper 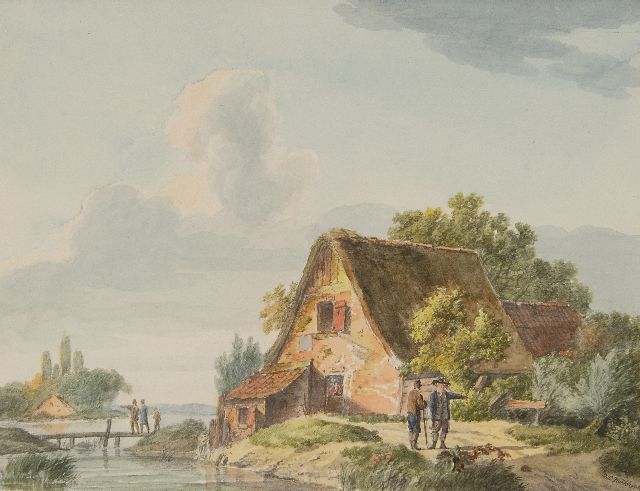 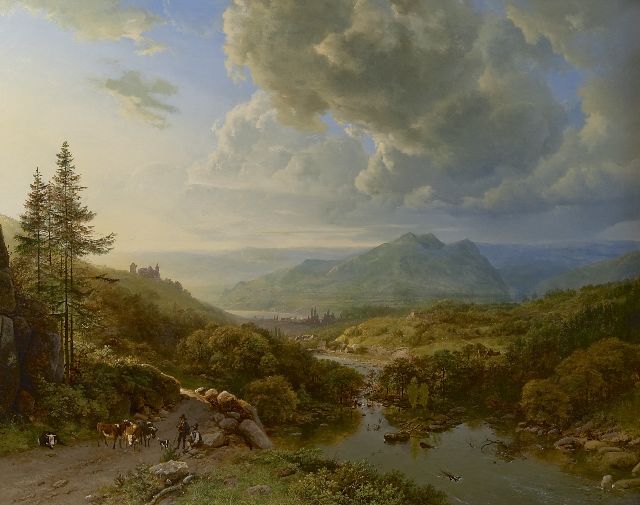 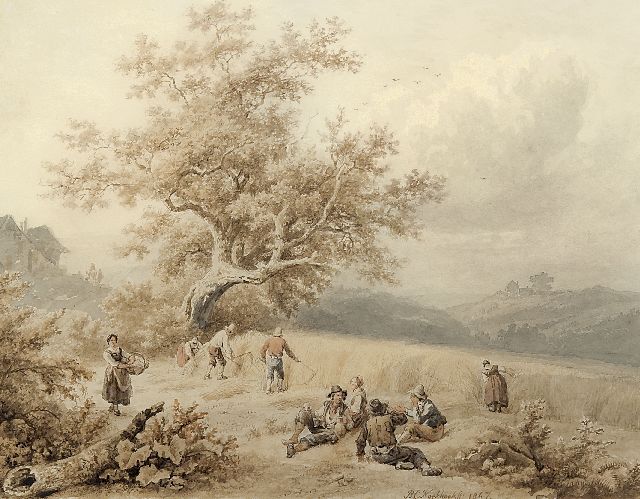 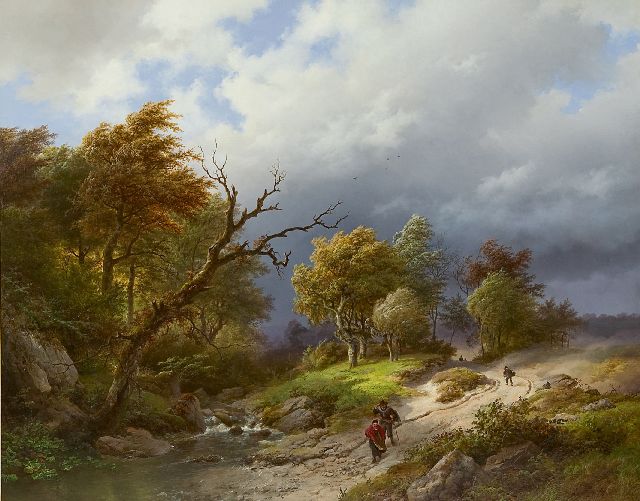 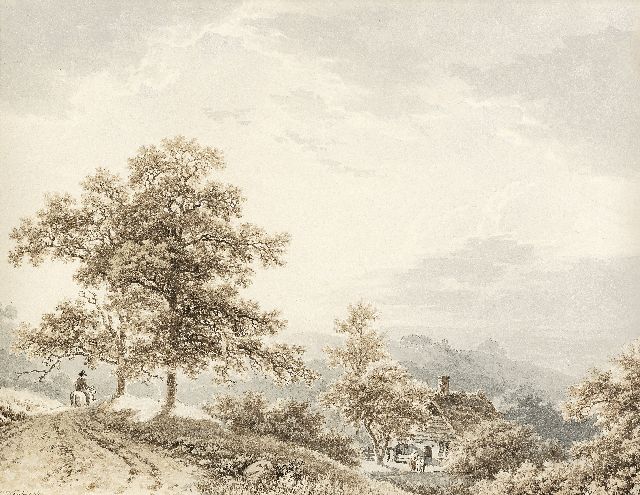 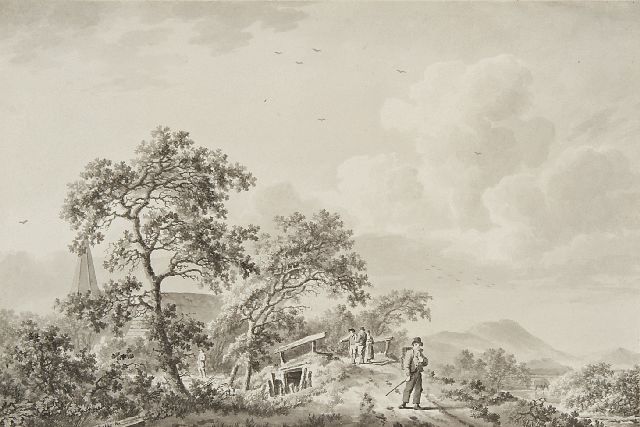