biography of A. de Parys

The French artist A. de Parys has no known first name, date of birth or death; his name may therefore be a pseudonym. During the Belle Epoque in France, he was a much sought-after draftsman and illustrator. He worked as a regular contributor to the weekly magazines 'Soleil du Dimanche' and 'Theater Illustré' and from 1906 provided the stories of gentleman burglar Arsène Lupine in the magazine 'Je sais tout' with images. In addition, for publisher Hachette, he illustrated the books La jeunesse de Pierrot by Alexandre Dumas (1931

for salewatercolours and drawings by A. de Parys 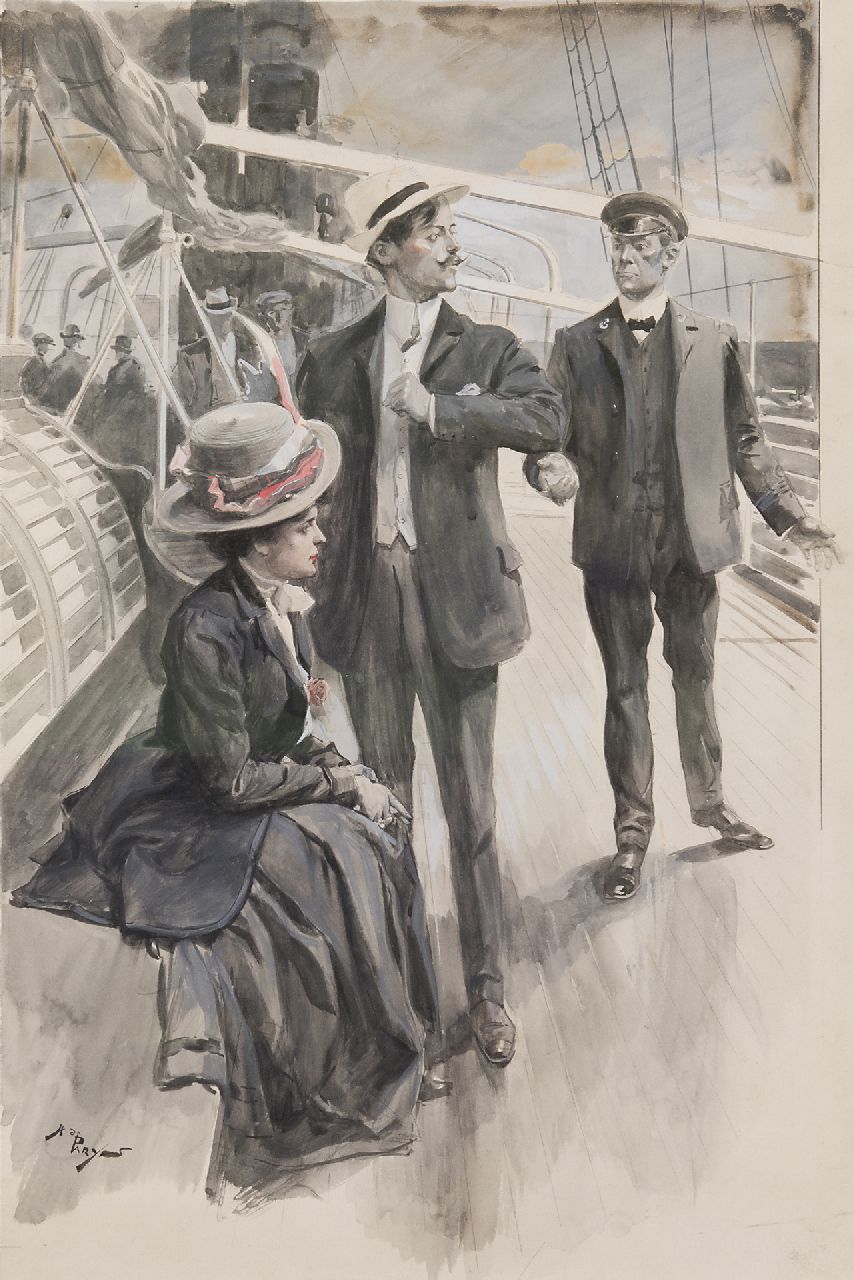