The Hague painter Abraham Fresco, who died young, left behind a small but interesting oeuvre. Already at primary school his talent for drawing was noticed and on the advice of his teachers he first went to the Koninklijke Academie van Beeldende Kunsten in The Hague and then to the Rijksacademie voor Beeldende Kunst in Amsterdam. In 1928 - Abraham was 25 years old at the time - he was described in the Jewish weekly De Vrijdagavond as a 'very modest, serious, hard-working young man' who had a 'great future'. Initially Fresco mainly worked as a portrait painter, but later he concentrated more and more on painting city life and genre scenes. Its tranquil squares, bustling shopping streets and depictions of folk festivals are characterized by powerful brushwork and brilliant colours. Abraham Fresco, his wife Debora Engelsman and their daughter Marga were arrested in 1942 and deported. They were murdered in Auschwitz on 19 November 1942.

previously for salepaintings, watercolours and drawings by Fresco A. 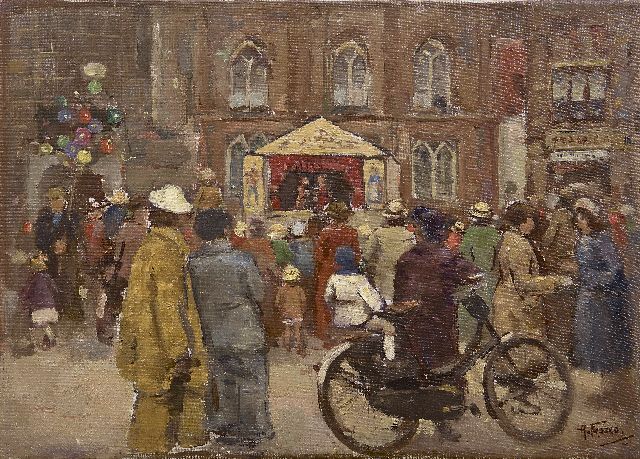 The puppit show on the Dam, Amsterdam 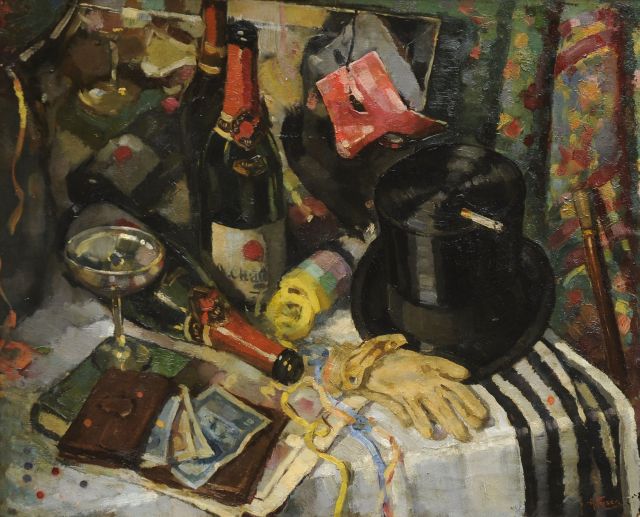 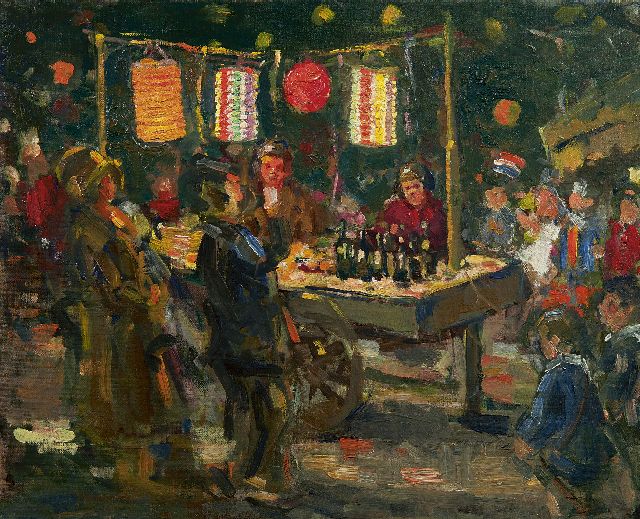 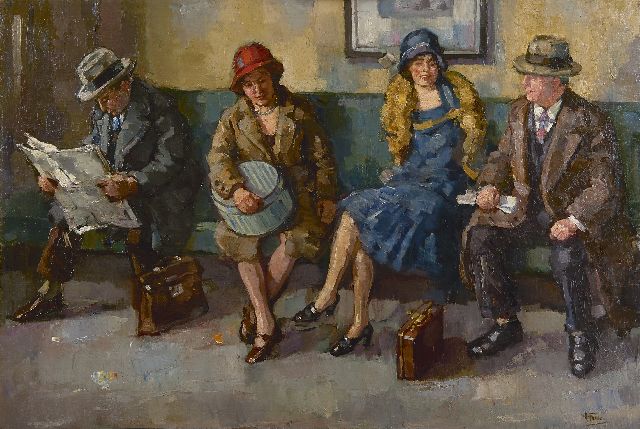 Travellers in a station 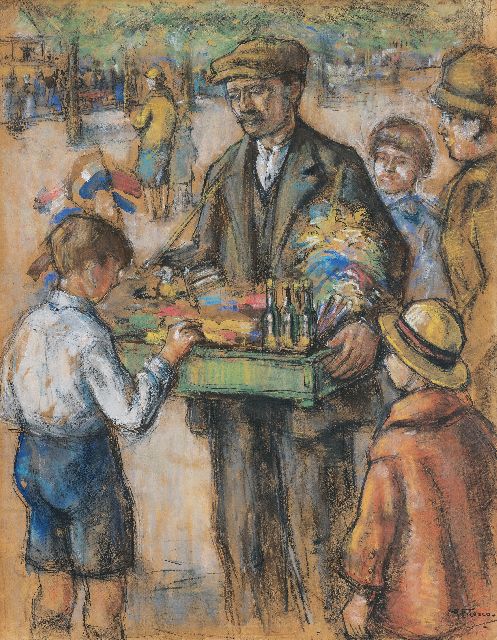 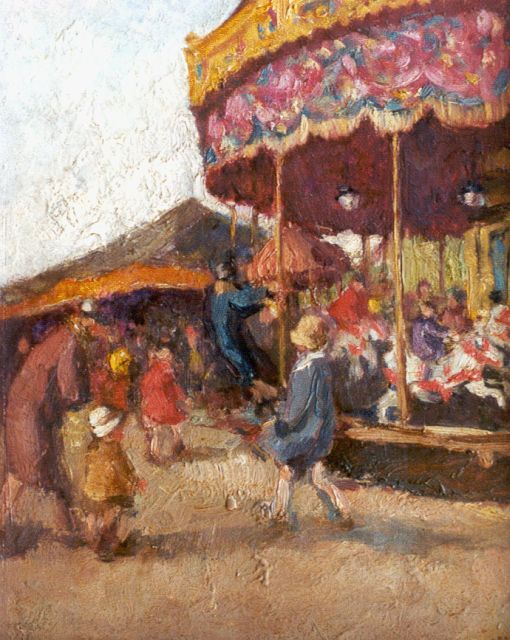