The oeuvre of the Belgian painter and graphic artist Aimé Stevens consists chiefly of figural works and portraits. Educated at the art academy in Brussels in 1895-1902, his instructors included history painter Joseph Stallaert and decorative painter Joseph Quinaux. Upon graduating he was immediately appointed to teach at the academy, where he remained until 1949. Stevens received numerous distinctions during his lifetime, including the Grand Prix at the Concours Triennal de Peinture in Brussels in 1900. Maurits van Vollenhoven (1882-1976), pictured here, served at the Dutch embassy in Brussels from 1914 until the end of the First World War, working in a political minefield.

for salepaintings by Stevens A. 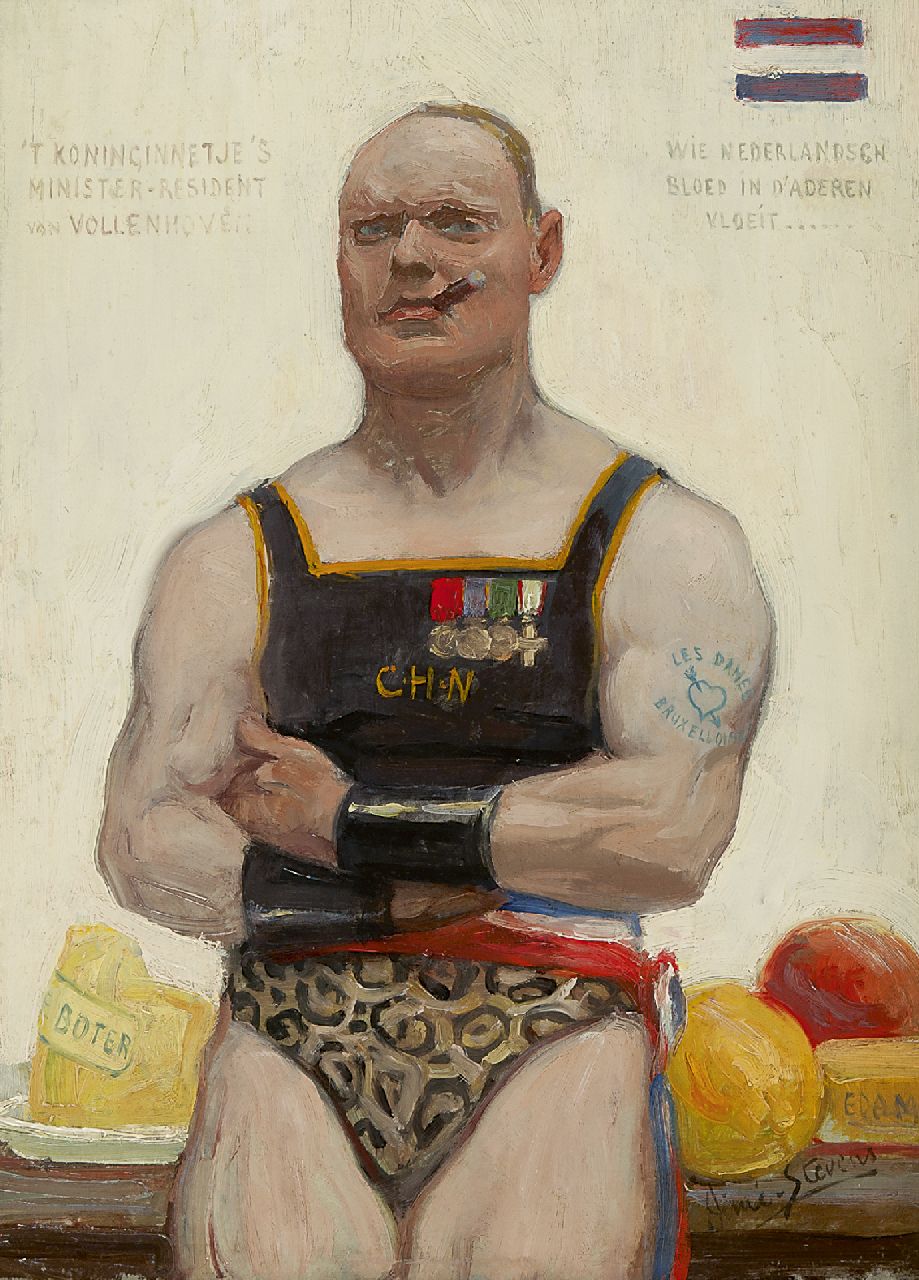