Albert Guillaume, a descendant of a French architect family, chose the painting profession at a young age. The most he excelled in genre pieces, in which he typified his subjects. Partly because of this, and because of the humorous undertone of his work, he developed into a celebrated caricaturist and designer of posters, a medium that came into fashion at the end of the 19th century. In addition, he contributed to various magazines, such as De Lach, and La Caricature, and published several albums, including 'Petites Femmes' (1891) and 'R'vue de fin d'année' (1900). Guillaume usually exhibited at the Salon des Artistes Français and at the Salon des Humoristes.

previously for salepaintings, watercolours and drawings by Guillaume A. 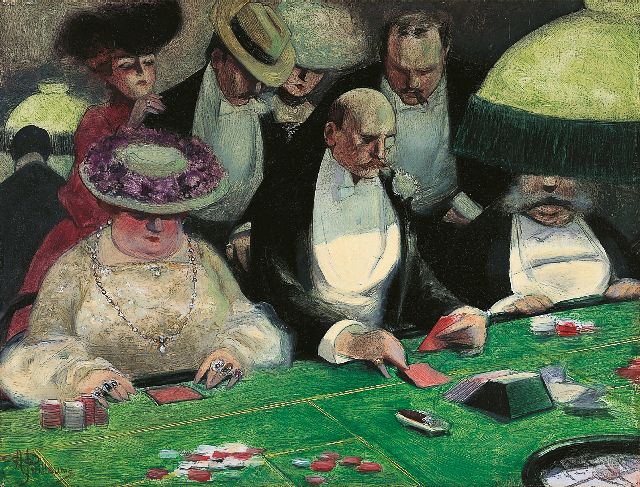 Playing for high stakes at the Baccarat table 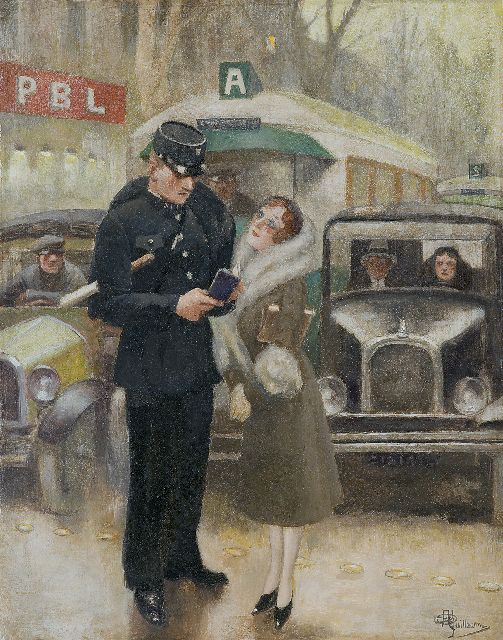