Albertus van Beest mainly painted seascapes, and was probably a student of J.H. van de Laar and the marine painter Louis Meijer. From a young age, the painter was strongly attracted to the life of a sailor. In 1843 he made a voyage on the naval ship the 'Rhine' to the Mediterranean with Prince Hendrik, brother of King Willem III. In addition to being a painter, Van Beest was a virtuoso and productive draftsman. In older age he left for America, where he lived and worked until his death.

previously for salepaintings by Beest A. van 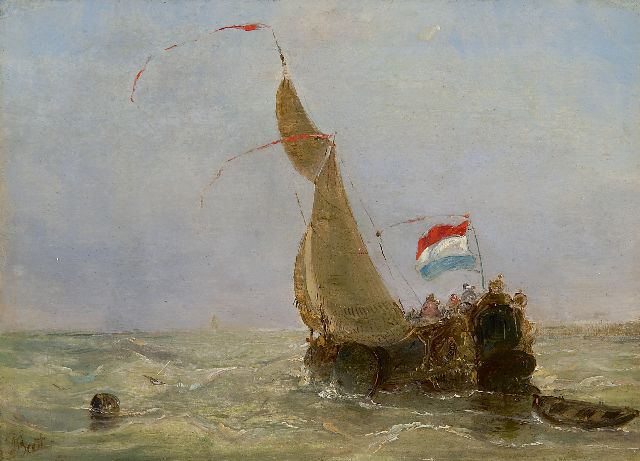 A Dutch 'boeier' on a choppy sea 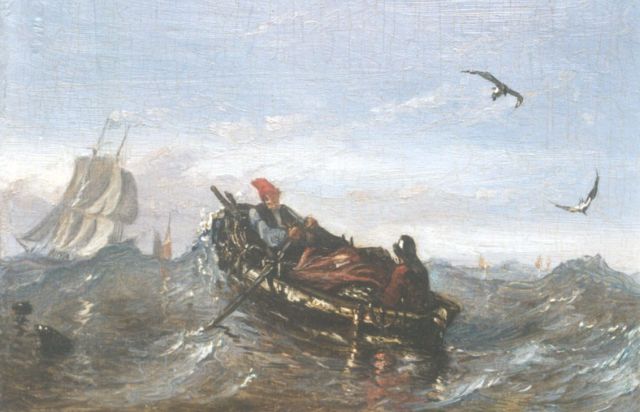 A barge on choppy waters 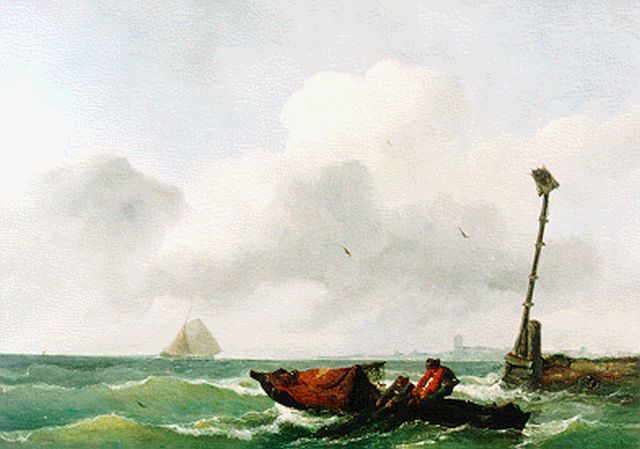 Pulling in the nets

for salepaintings by Beest A. van 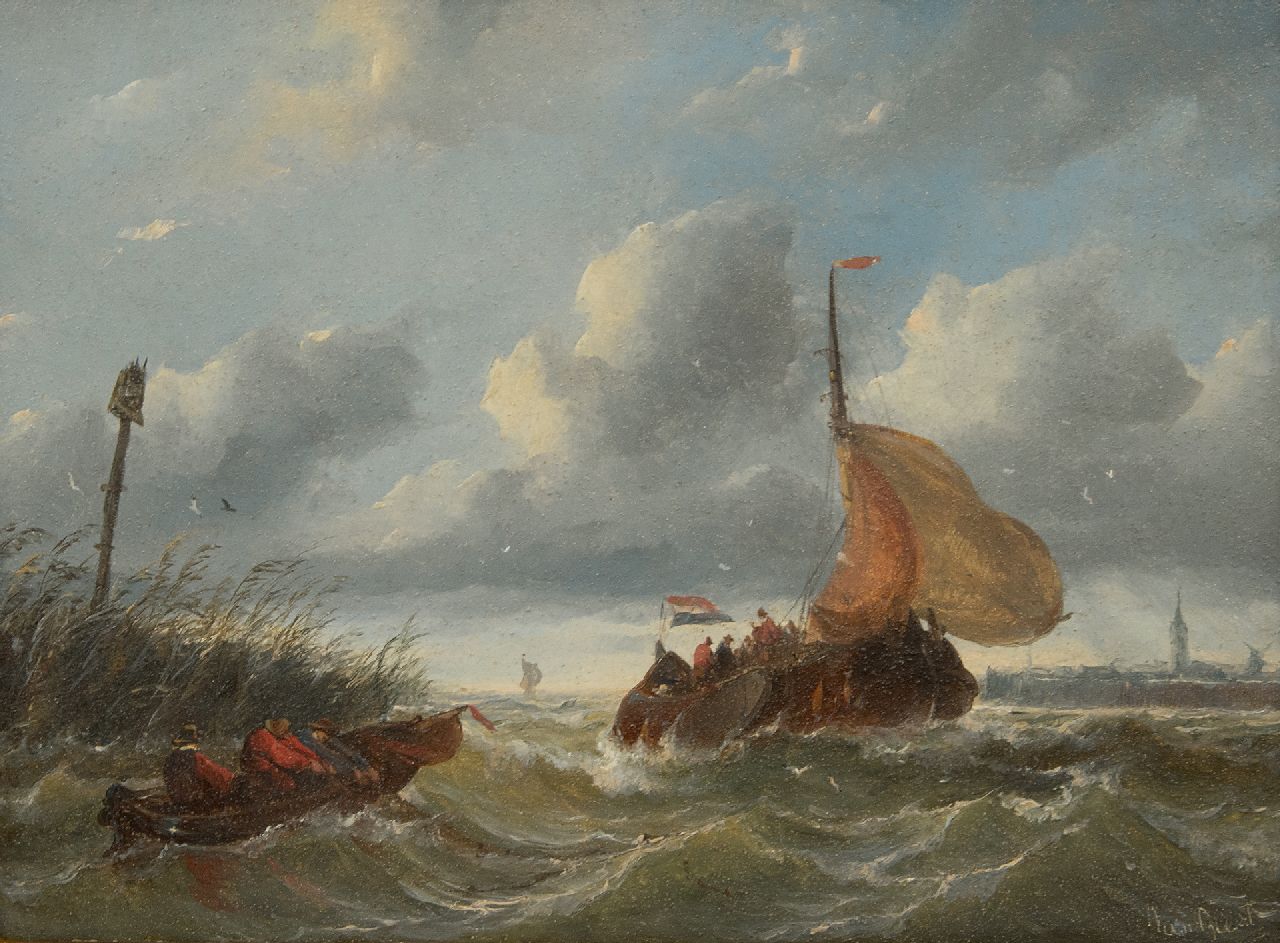 A boyer entering a harbour in stormy weather