The Flemish Alfons Vermeir belonged to the Belgian Late-Impressionists. He was born in Baesrode aan de Schelde and received a traditional painting education at the academy in Antwerp. Later he specialised in painting cityscapes, figures and most of all the Flemish farm landscape with houses and farmers; the latter remained a perennial favourite throughout his entire life. He had a studio in Antwerp's Kempen region from 1940 until 1945 in order to be close to nature. His work is characterised by warm tones, including shades of ochre and brown, and the robust, expressionistic touch with scant attention to details. During the 1970s, his palette of colours expanded.

for salepaintings by Alfons Vermeir 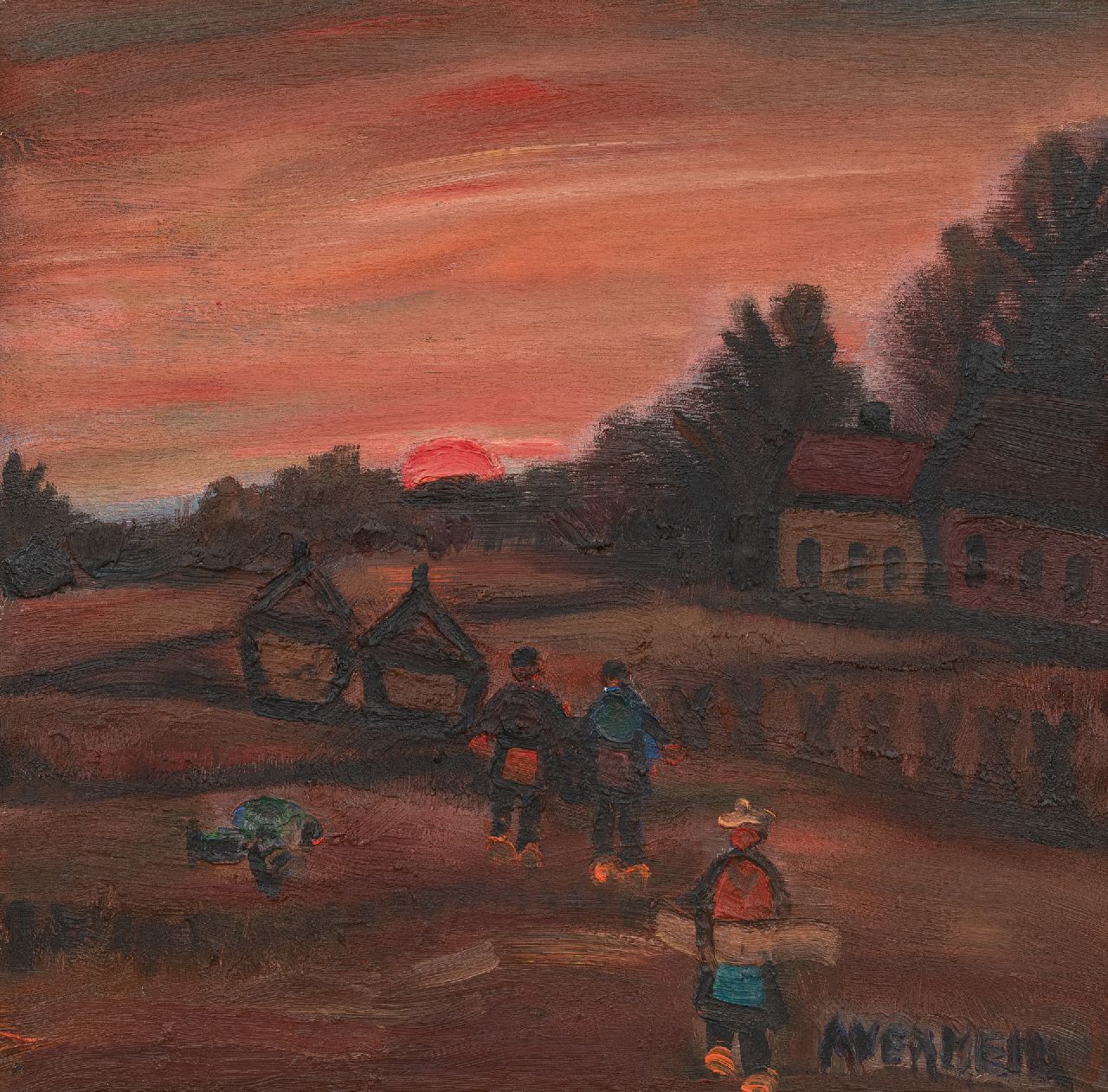