Andries Scheerboom belonged to the circle of Romantic genre painters who worked in Amsterdam in the mid-19th century. His oeuvre mainly includes interiors with figures, who sometimes received visual titles such as 'The painting lesson' or 'The eavesdropping'. Scheerboom also devoted himself to beach scenes with fishermen and cityscapes in which the emphasis is on the doings of the figures that populate it. In 1863 the painter left for London for good. There he also painted historical scenes.

previously for salepaintings by Scheerboom A. 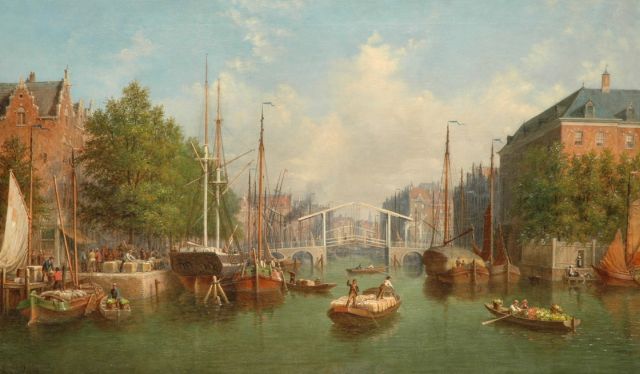 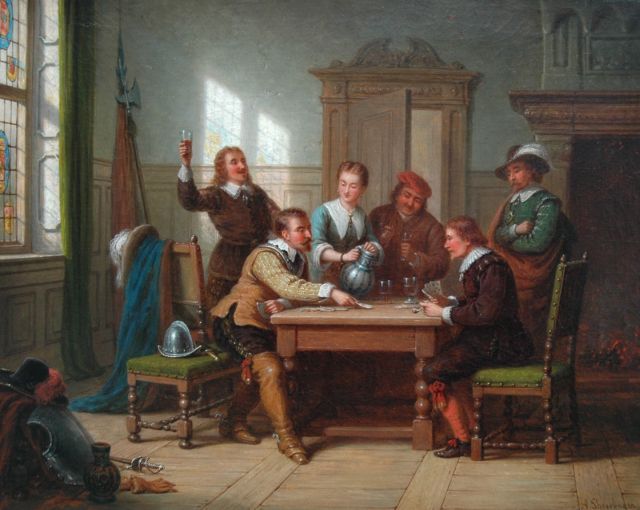 The game is over 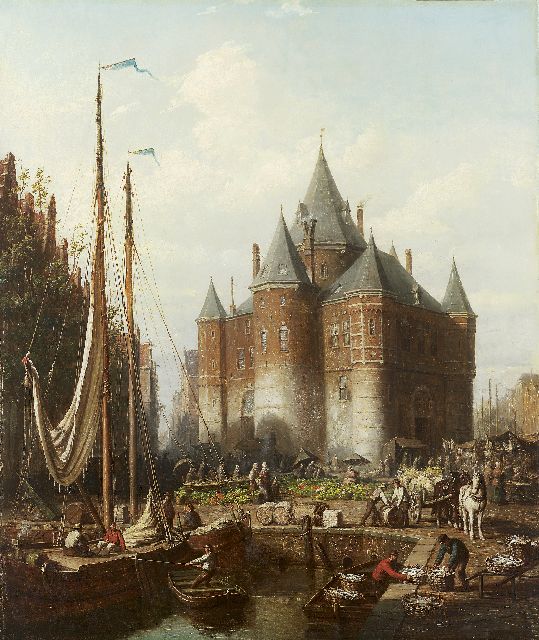 A busy dock scene and market at 'de Waag' Amsterdam 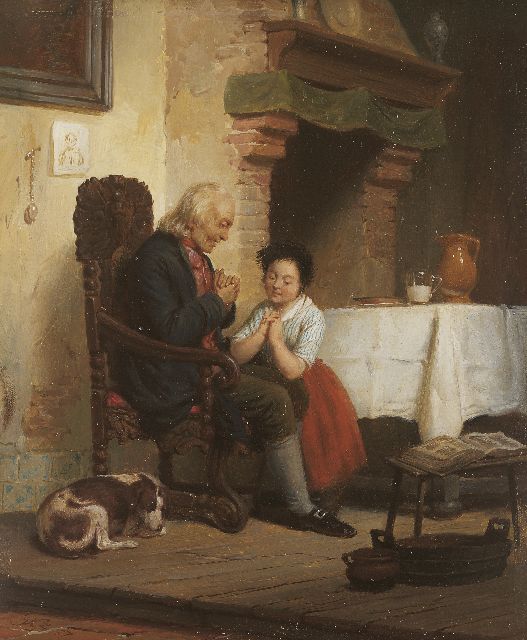 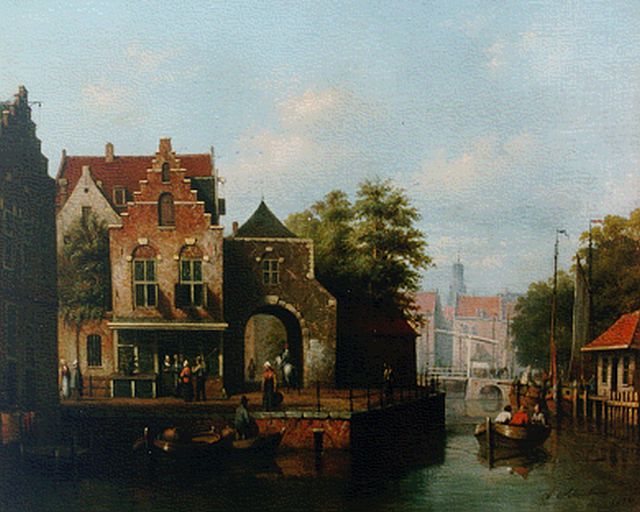 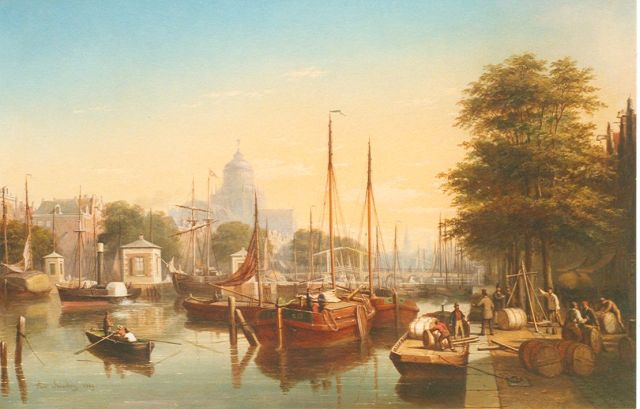 View of the Amstel, with the 'Paleis van Volksvlijt' beyond 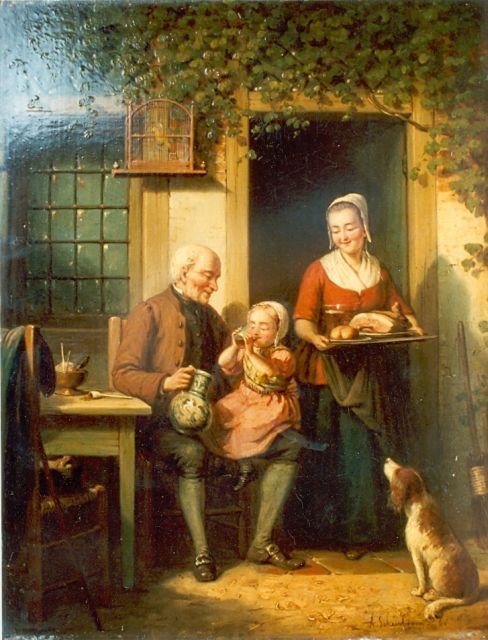 for salepaintings by Scheerboom A. 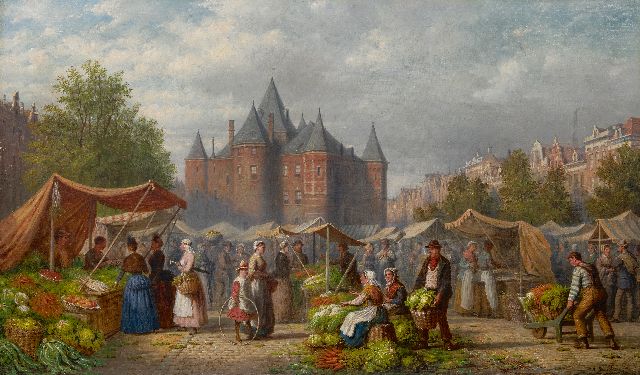 Vegetable market at the Waag in Amsterdam 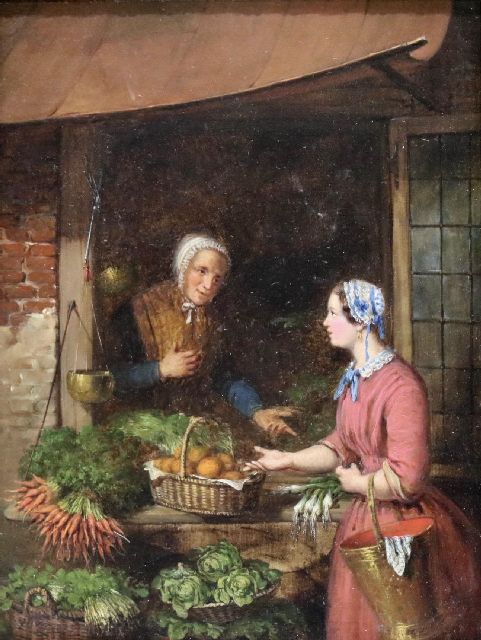 A chat at the vegetable stall 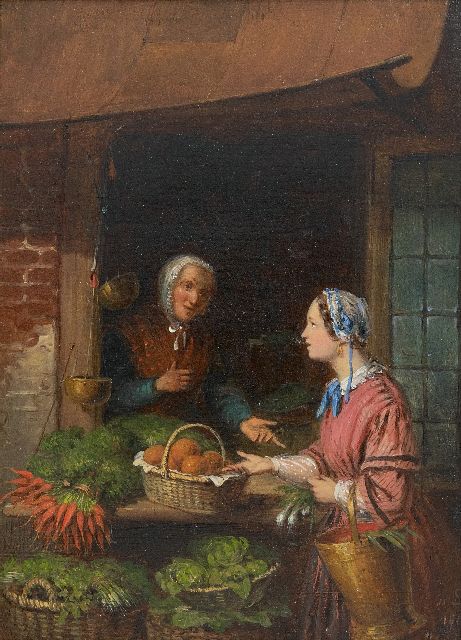 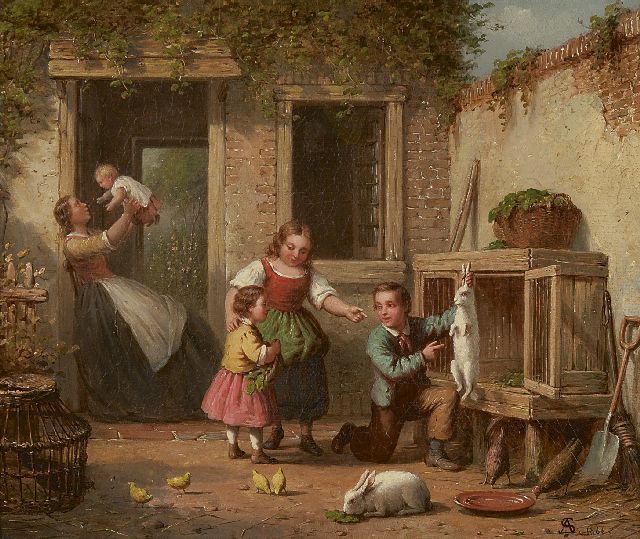