Anton Biester was born in 1837 in Cleves, Germany. When he turned out to have drawing talent at a young age, he was enrolled at the Zeichen-Collegium of the landscape painter B.C. Koekkoek. This famous Dutchman left an unmistakable mark on his pupils, which would later be referred to as 'Cleves Romanticism'. Characteristic for this were panoramic summer landscapes with rocks and forest areas, upholstered with rural people and animals. Because Biester eventually left for the United States with his wife and son in 1871, he has remained one of Koekkoek's least known students. He eventually settled in Madisonville, where he made a name for himself as Anthony Biester as a painter of portraits and romantic summer and winter landscapes.

previously for salepaintings by Biester A. 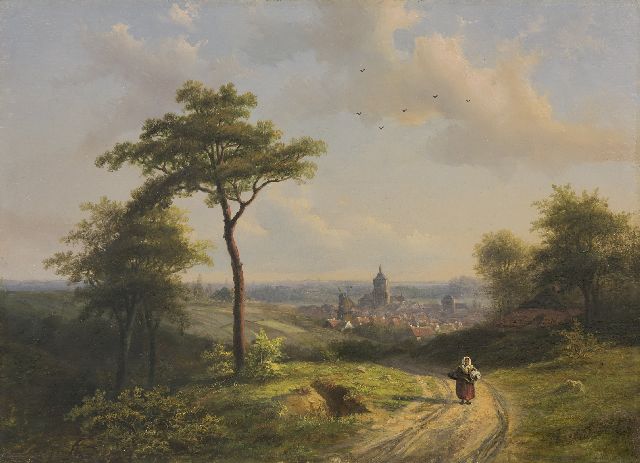 A view of Cleves seen from the Nimwegerstrasse, 1864 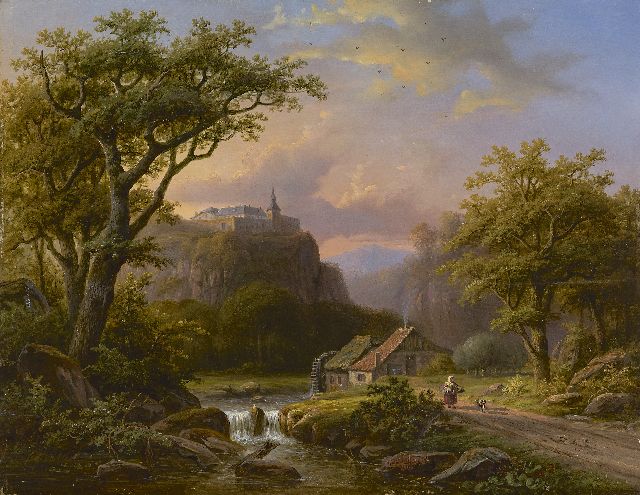 A river valley with a watermill and castle, 1865