Upon his death, Anton Braakman was referred to as the ‘Court Painter of Stuttgart’. Although little is known about his life and work, this description reveals that he had built up quite a reputation as an artist. He died in Stuttgart in 1870; it is not known when he originally settled there. He visited Germany several times during his life, often for longer periods. He settled in Frankfurt in 1844. It is not known when Anton Braakman studied with Andreas Schelfhout. Braakman was a follower of Schelfhout’s, and painted winter and summer landscapes which – although strongly reminiscent of his master in style and composition – never achieved the same greatness.

previously for salepaintings by Anton Braakman 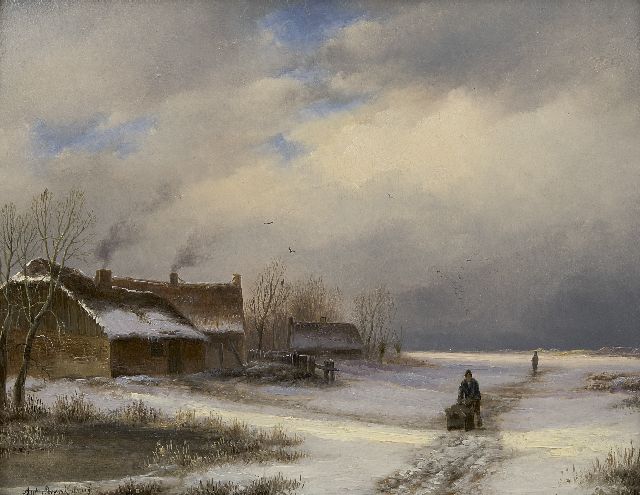 Farmhouse in the snow 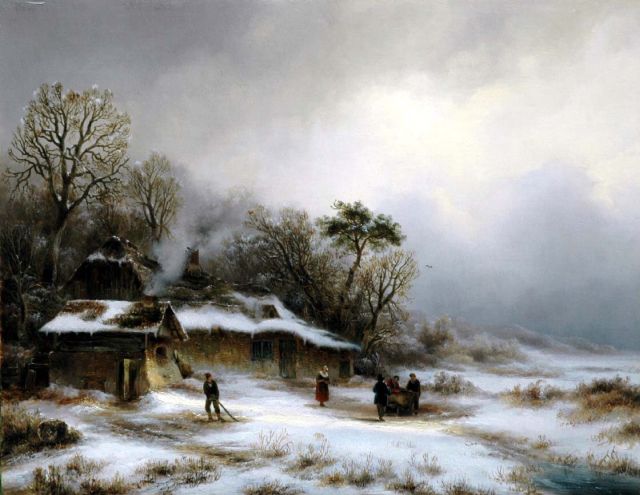