The painter Anton Weiss, who was born in Austria in 1801, studied at the Amsterdam Academy under J.A. Daiwaille. Of the latter, he presumably taught painting finely worked-out still lifes of flowers, fruits and game. Weiss lived and worked in Amsterdam until 1846, after which he returned to his native region. Besides paintings he also made beautiful watercolors of flowers and fruits that were shown to the public in Haarlem and at the exhibitions of Living Masters. With his carefully arranged still lifes, Weiss placed himself in the tradition of 18th century show still lifes, of which in his time also G.J.J. van Os, A. Oberman and H. Reekers were representatives.

for salepaintings by Weiss A. 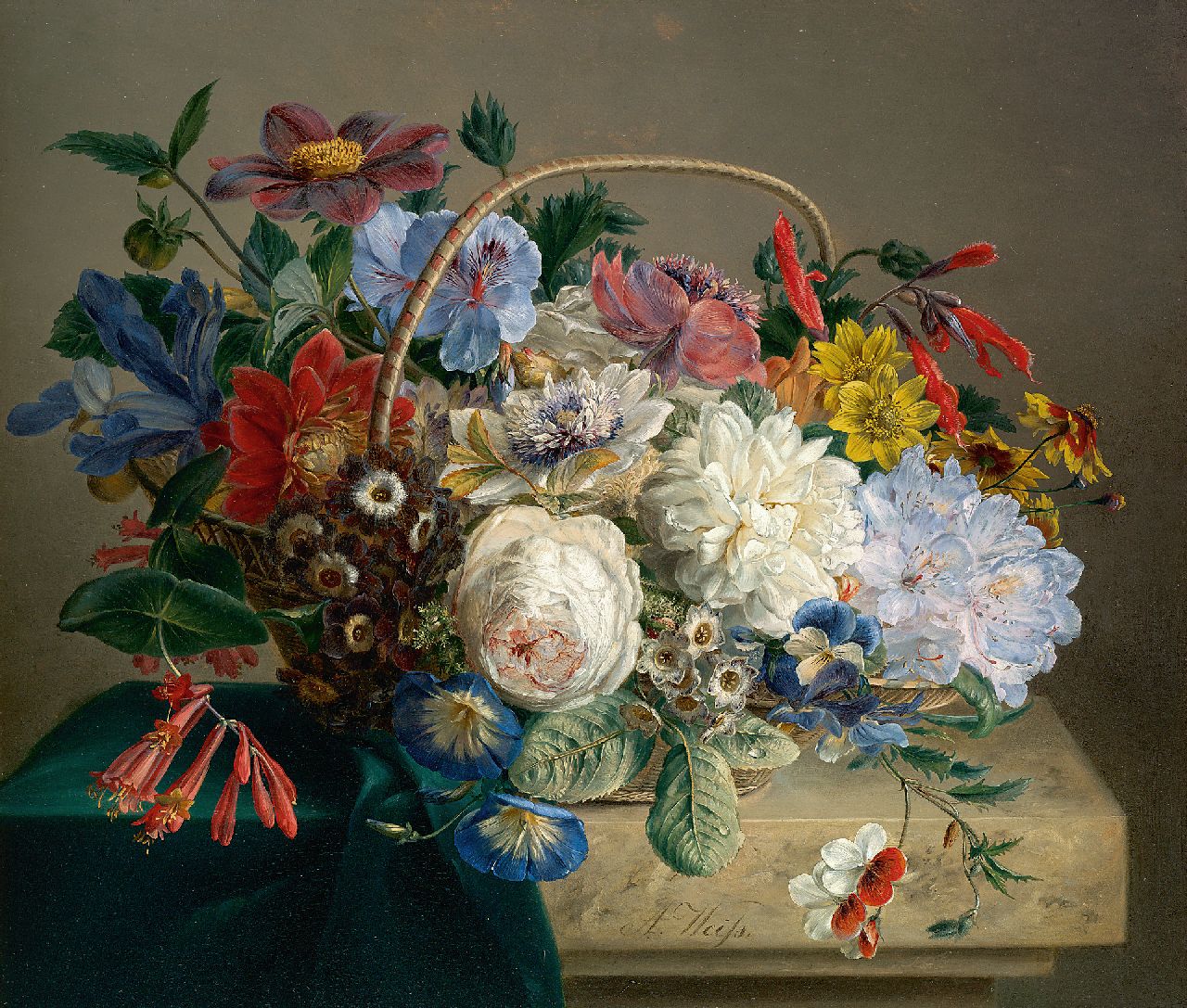 Bouquet in a basket