August Specht was one of the most important animal painters of his time in Germany. His expertise in the field of exotic animals was particularly extensive and with various publications he contributed to the dissemination of knowledge about exotic animal species. For example, he published 'Specht's Tierbilder-Buch' (1898) and, together with his brother Friedrich, he provided the illustrations for 'Brehms Tierleben' (1876-1879), praised by Charles Darwin. Specht was also a popular painter of landscapes and cheerful genre scenes in which all kinds of native (horses, rabbits) or exotic (monkeys, bears, elephants) animals form the central motif.

for salewatercolours and drawings by Specht A. 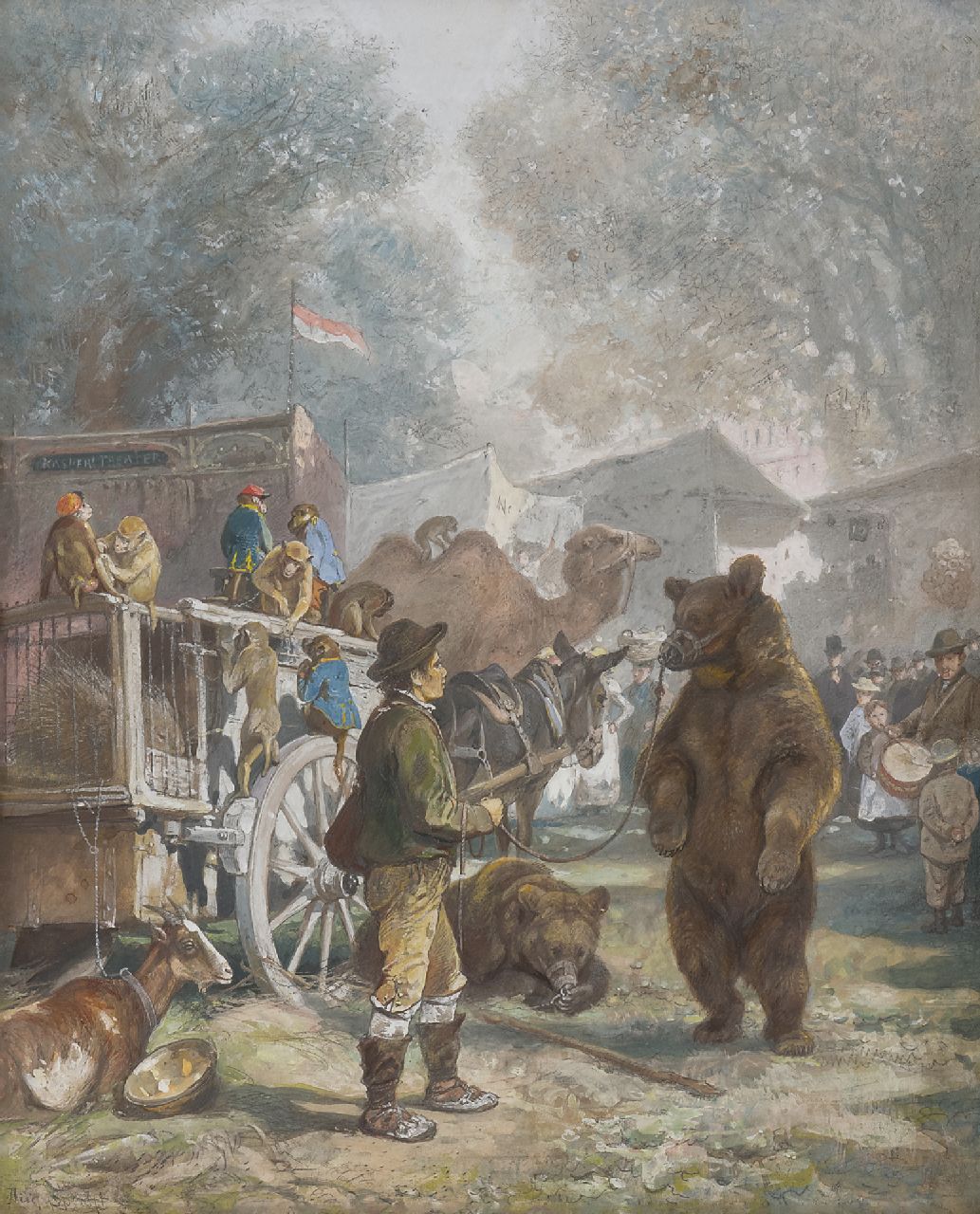 Circus near the Castle, Stuttgart