Auguste Leymarie lived and worked in Paris at the beginning of the 20th century. He painted figures, nudes and a single beach and cityscape, but especially the Paris nightlife in a modern style. He finds his subjects not so much in the world of the 'beau monde', but in cafes, brothels and cabarets. After 1911, the emergence of the new medium of film inspired him to design movie posters. First commissioned by the studio Éclair for the comedy Casimir and Gavroche films. This is followed by advertising posters for movie stars such as Charley Chaplin and Buster Keaton. This also led to numerous illustration assignments. 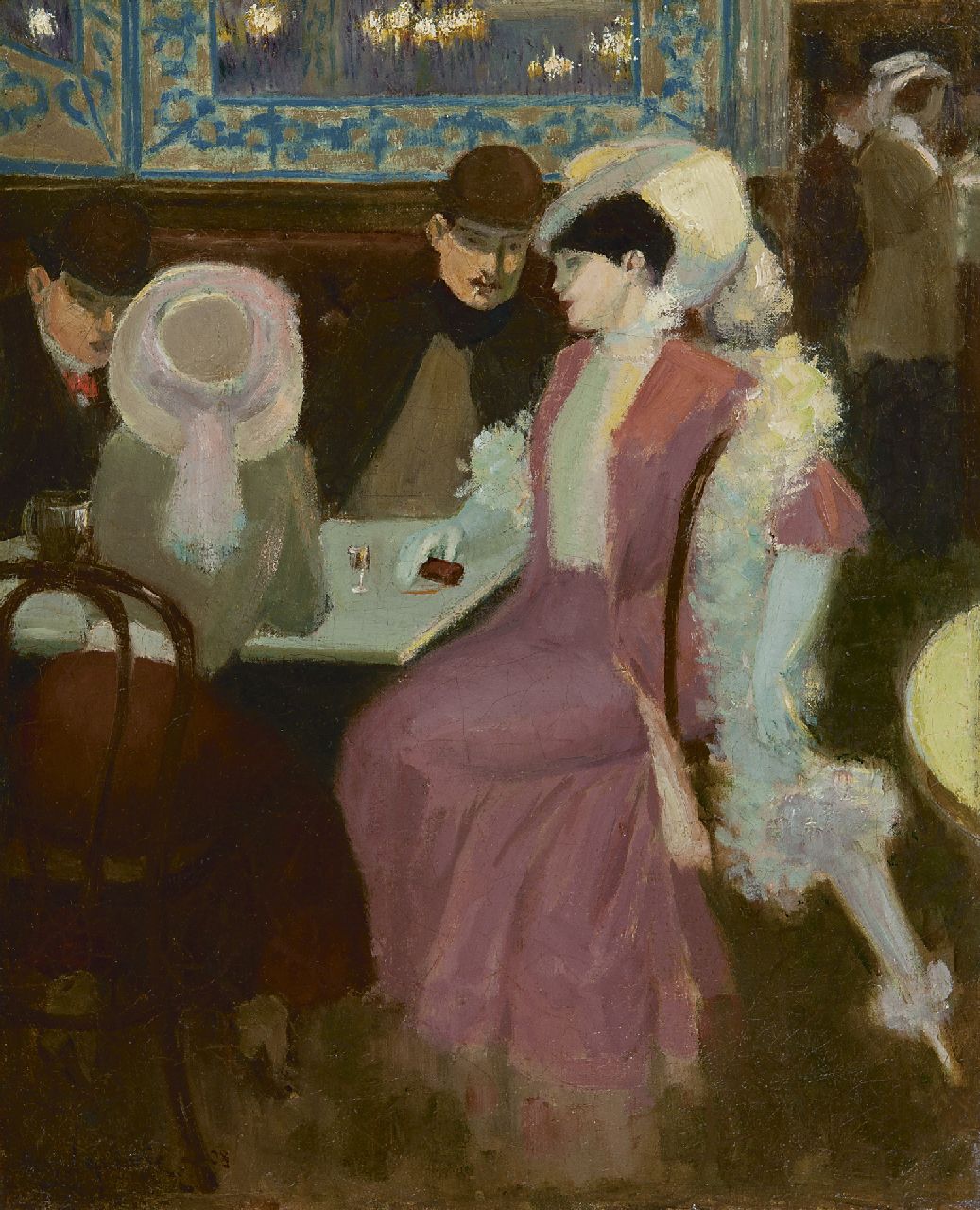 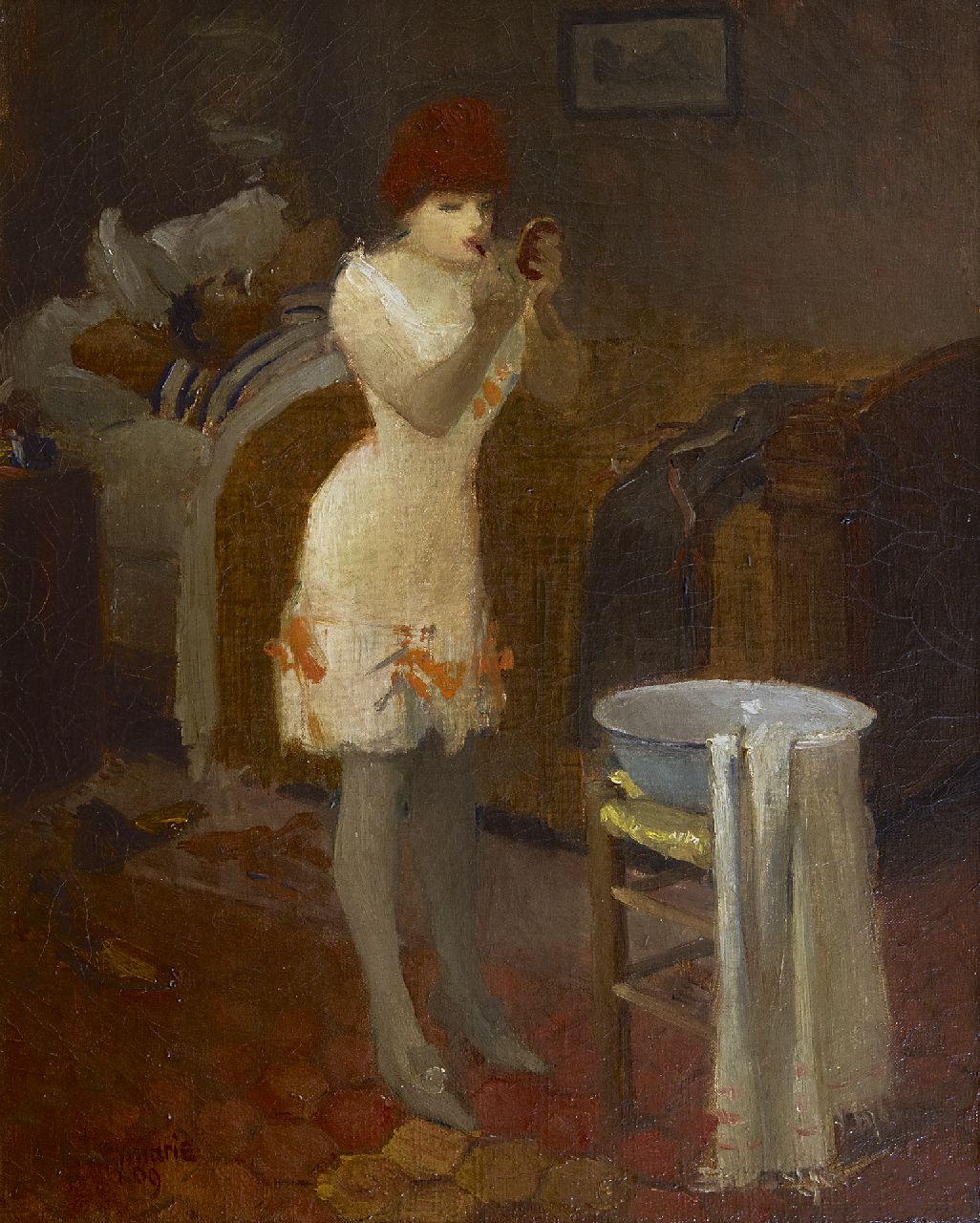