‘Le Christ et la Madeleine’, depicting a crucified Christ clasped in the arms of a consoling Mary Magdalene, is the only surviving sculpture of Christ in Rodin’s oeuvre. The subject is strongly moving: Mary Magdalene, bowing her head over the heart of a crucified and exhausted Christ. The manner in which the entwined figures have been partly hewn out of the marble block underlines this dramatic moment. The entire tragedy of condemnation, suffering, crucifixion and grief comes together in this one majestic work. Yet, the sensually rendered body of the consoling Mary Magdalene also leads away from the heavy and tragic subject matter. There have been made two versions of ‘Le Christ et la Madelaine’ in marble, the first of which was commissioned by the steel magnate and art collector August Thyssen (1842-1926). This slightly smaller version is now in the Museo Thyssen-Bornemisza, Madrid. Baron Thyssen developed a friendship with Auguste Rodin that led in 1905 to a commission of seven marble sculptures, all of which can be seen in the museum. ‘Le Christ et la Madeleine’ is the only work of the series which, at Thyssen’s special request, was placed after his death at the head of his coffin. Auguste Rodin is one of the most important French sculptors of the late 19th century. His life and oeuvre are characterized by enormous creativity and nonconformism. Rodin broke with the academic sculpture tradition, characterized by strict rules of representation and traditional historic and mythological themes. To his friend the sculptor and painter Bourdelle he wrote: ‘It is Michelangelo who has freed me from academic sculpture’. Rodin’s work – in bronze, clay and stone – invites us to see beyond the boundaries of the subject. His figures are realistic, deeply passionate and show a ferocity of modeling that intensifies, also by the effects of light, its expression. The sculptor was fascinated by movement, which he tried to capture in his statues. Famous sculptures are ‘The Thinker’ and ‘The Burghers of Calais’. The manner in which the entwined figures in ‘Le Christ et la Madeleine’ have been partly hewn out of the marble block remind us of the above mentioned famous Italian master who said that every block of stone has a statue inside it and that it is the task of the sculptor to discover it.

previously for salesculptures by Auguste Rodin 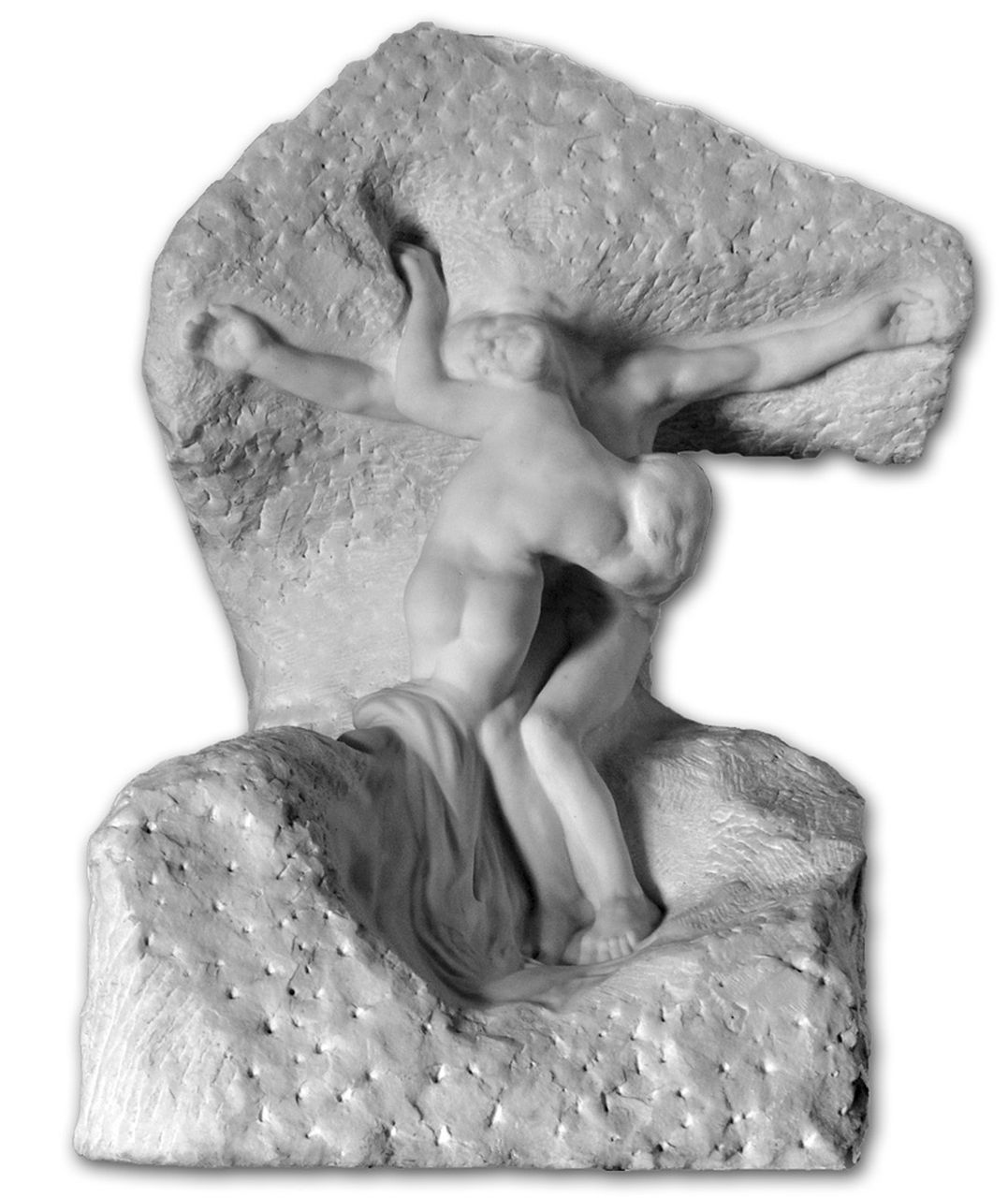