Born in Mannheim in 1860, Carl Blos became best known as a painter of landscapes, interiors and portraits. Between 1878 and 1881 he trained at the Kunstgewerbeschule and academy in Karlsruhe. His friendship with the genre painter Franz Grässel probably dates from this period. He was then trained as an impressionist at the Munich Academy under Wilhelm von Lindenschmit. Blos continued to live and work in Munich throughout his life and became a professor at the aforementioned academy in 1884.

for salepaintings by Blos C. 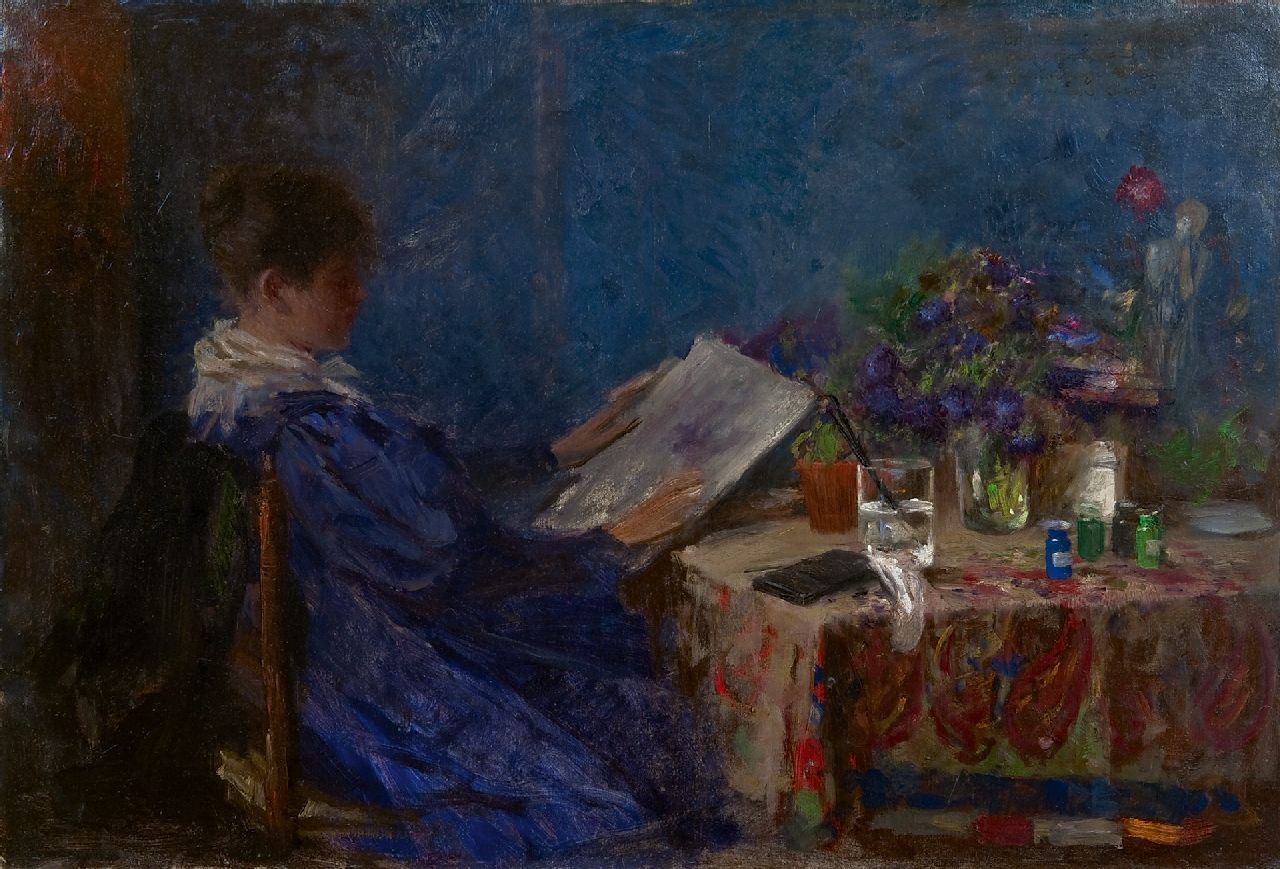