Carl Friedrich Deiker grew up in an artist family. He received thorough instruction at the Badischen Kunstschule and then took lessons from the then well-known landscape painter J.W. Schirmer in Karlsruhe. In 1864 Deiker settled in Düsseldorf where he, like his brother Johannes, made a name for himself as a painter of animal and hunting motifs. Fleeing big game, groups of deer, wild boars, hares, vultures and falcons were a favorite subject. He also worked as an illustrator for the many hunting magazines of the time. Like his brother, he was one of the most important animal painters of the Düsseldorfer Malerschule. 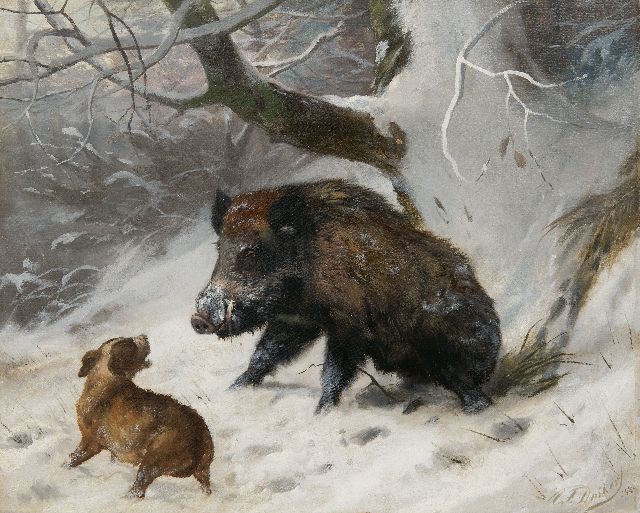 Hound tracking down a wild boar, 1888 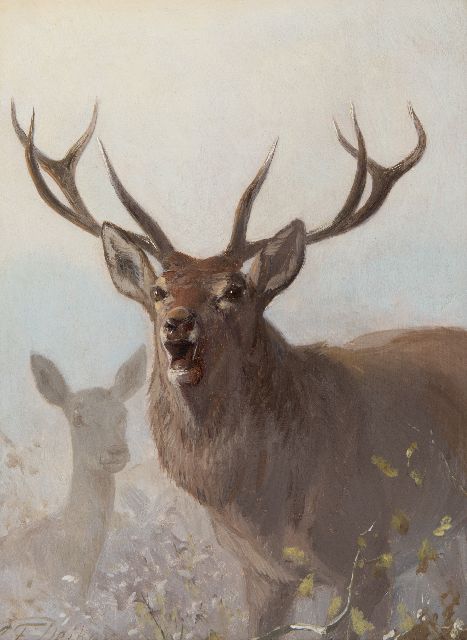