The Rotterdam painter Charles Kemper attended the academy in his hometown and was subsequently taught by H.F. Boot in Haarlem. He depicted the city, harbors, figures and portraits. His interiors of cafés and bars are a separate genre within. From 1951, Kemper and Kees Franse, Jan Goedhart, Ed van Zanden, and later Jan Burgerhout, were part of the Rotterdam exhibition group Argus. His interest in the advancing city, industrial activity and the decline of the countryside made him ideally suited as a draftsman for the topographical atlas of the Rotterdam municipal archive.

for salewatercolours and drawings by Charles Jean Kemper 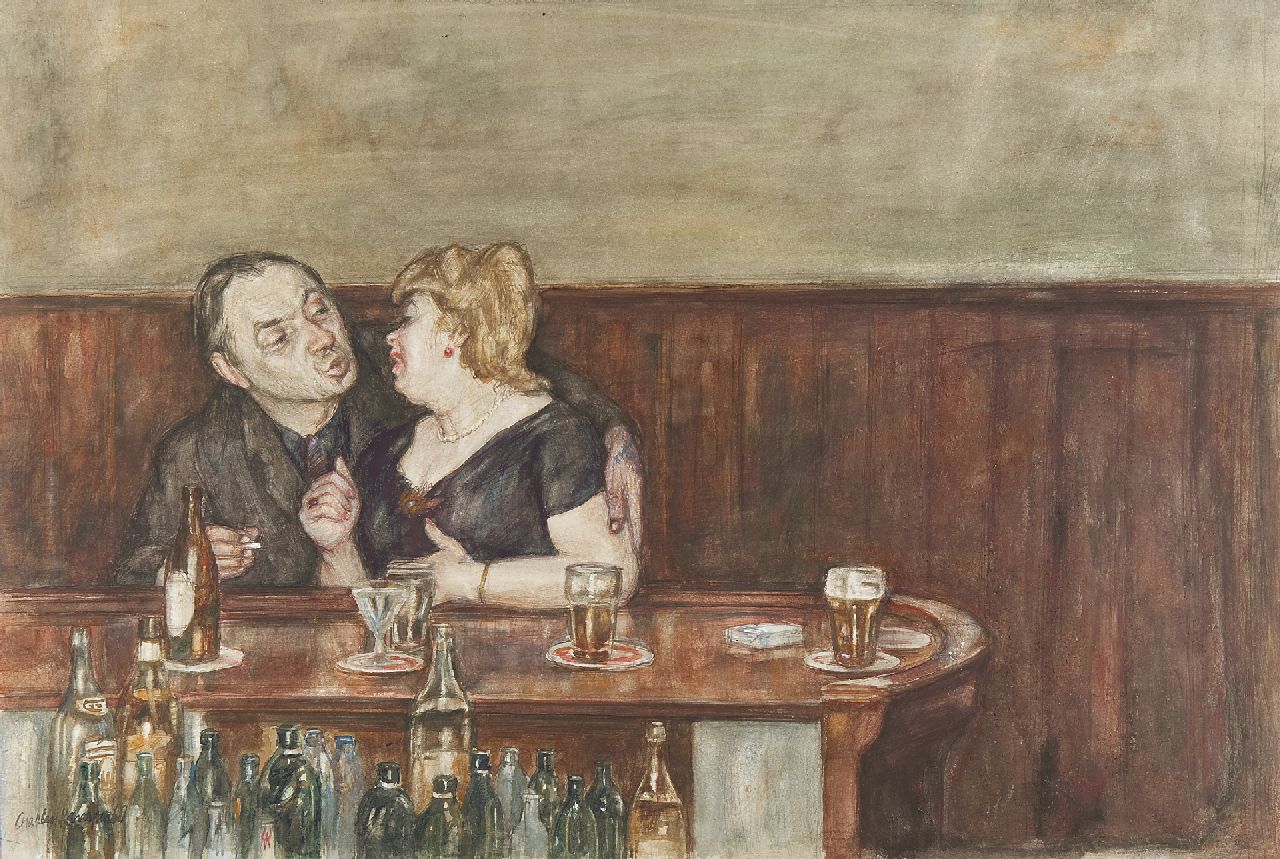 The artist Jan Burgerhout with lover in a café, 1968