Charley Toorop was the gifted daughter of Jan Toorop. After having lessons from H.P. Bremmer and her father, she settled in Bergen where she developed an Expressionist style of painting. It was not the actual observation of nature that became the subject of Toorop’s paintings but her own inner world. This she expressed in highly simplified forms and animated colours. After 1920 she painted many portraits, still lifes and scenes from nature in a representational style. These are distinguished by their bright tones and sharp contrasts between light and shade, which lend the pictures an immense expressive power.

previously for salepaintings by Charley Toorop

A still life with oboe and flute

A portrait of Nini Groenendijk

for salepaintings by Charley Toorop 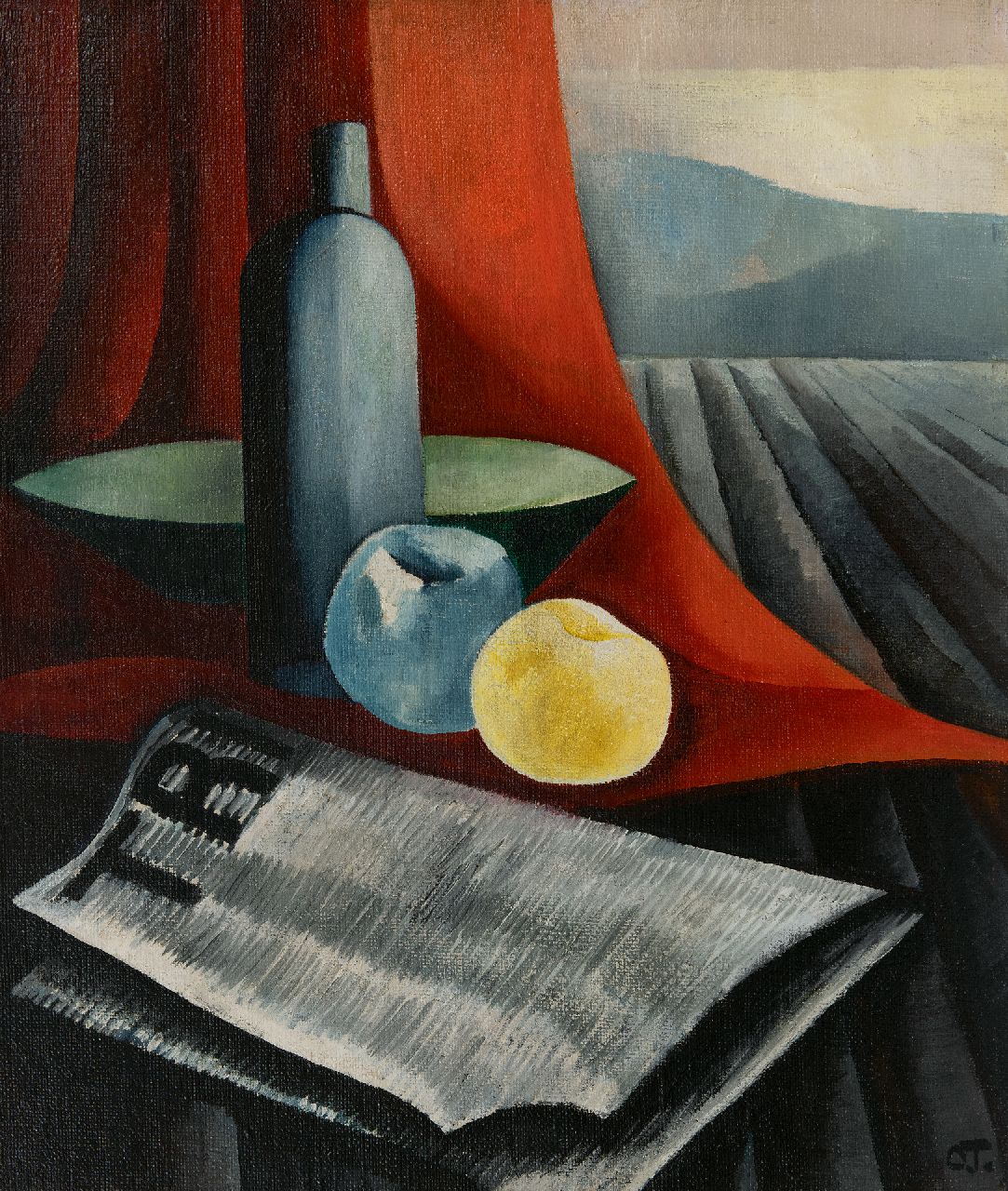 Still life withfruit. a bottle and a newspaper, ca. 1926