The American painter Clyde Frederick Kelley studied at the Art Students league in New York and then in Paris. After returning, he lived in New Jersey and Kentucky for a short time before settling permanently in San Diego in 1924, where he lived until 1945. Kelley's work mainly encompasses genre representations of American life in the 1930s to 1950s. They are sometimes reminiscent of the paintings of the Federal Art Project, a painter's utility programme started during the Great Depression of the 1930s, but are much more expressive.

for salepaintings by Clyde Kelley 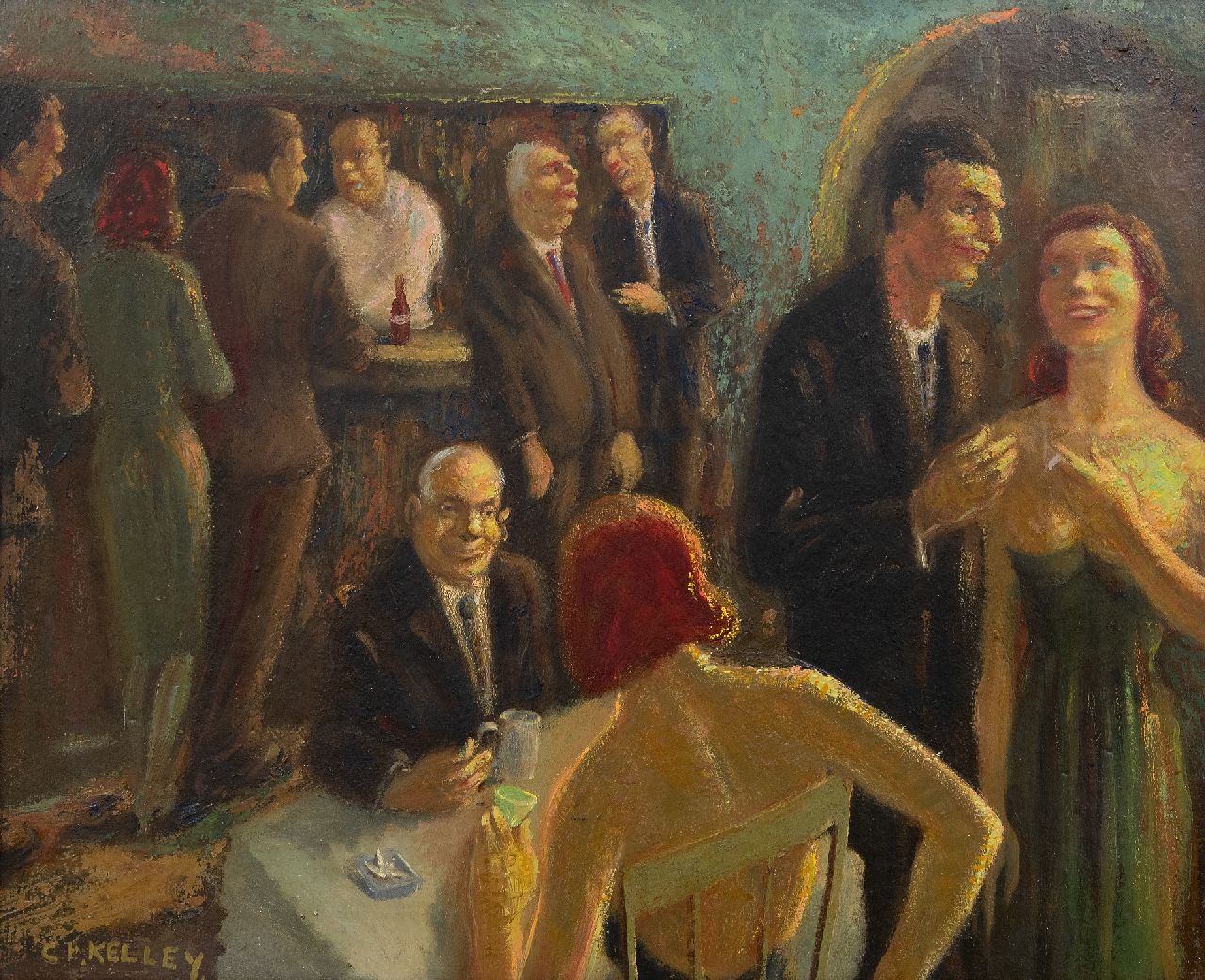