Conradijn Cunaeus was an animal painter, especially of dogs, and a pupil of portrait painter Nicolaas Pieneman. Paintings of dogs and cats arose as a separate genre in the second half of the 19th century. Previously these animals played a subordinate role as decoration of genre pieces, landscapes and portraits. In the new genre they were given all kinds of human emotions, virtues and vices. Important representatives of the animal piece were, in addition to Cunaeus, among others Otto Eerelman and Henriëtte Ronner-Knip.

previously for salepaintings by Cunaeus C. 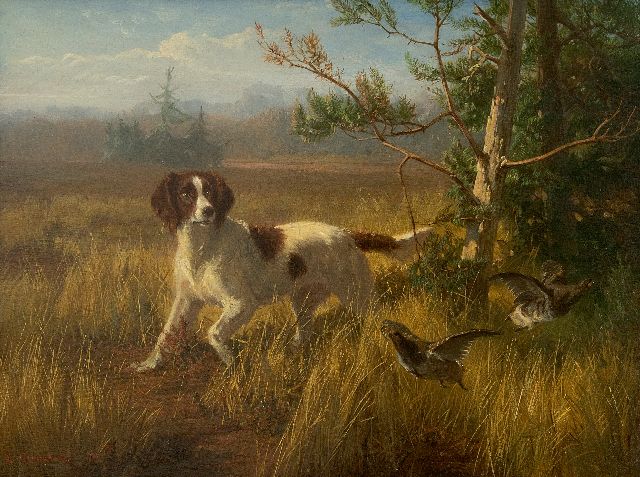 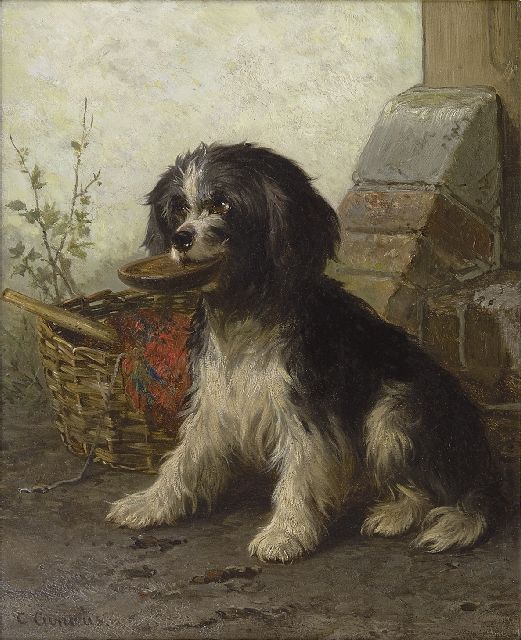 A sheepdog by a basket 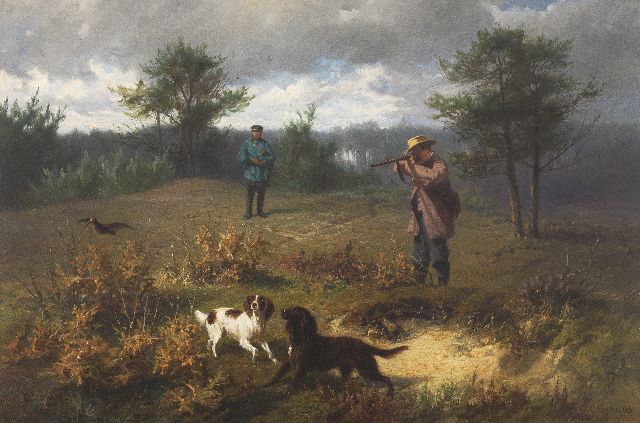 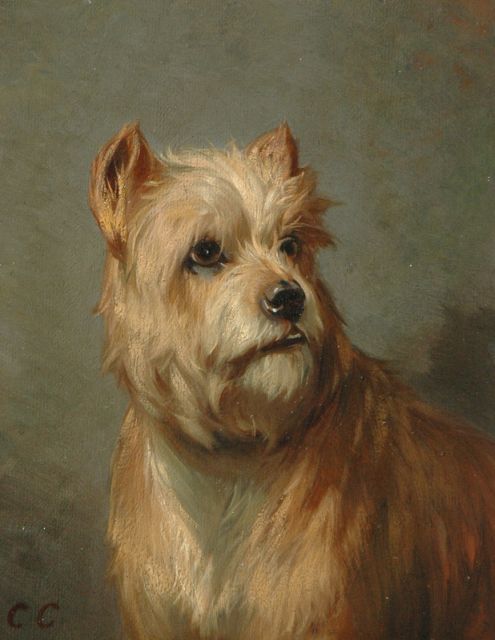 Portrait of a dog 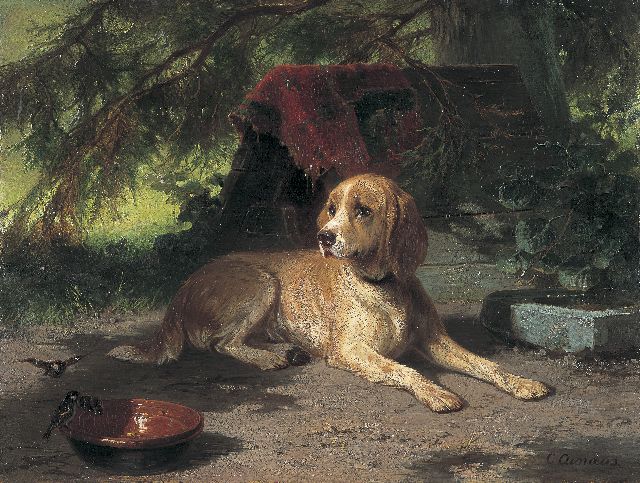 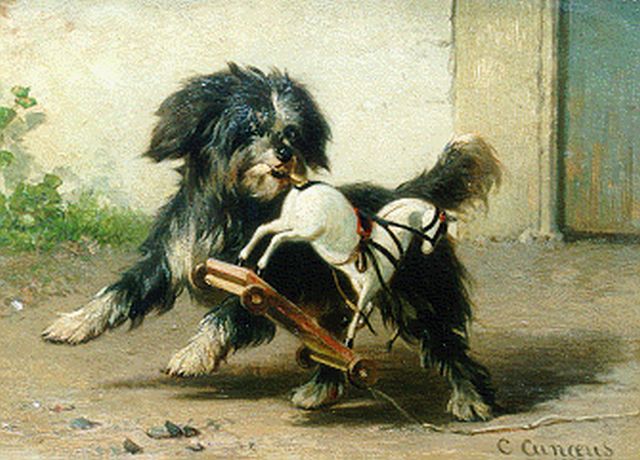 A dog in a summer landscape 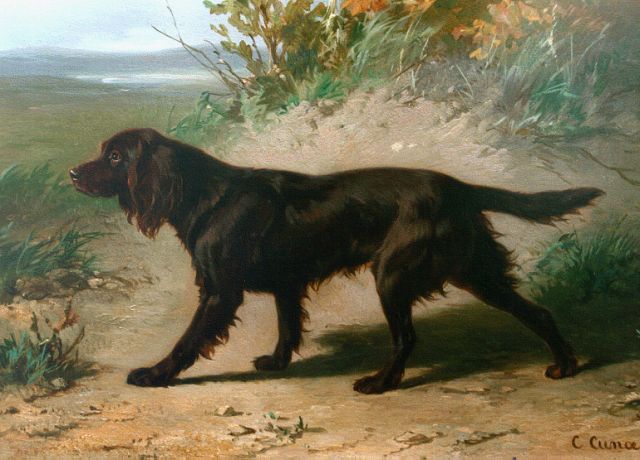