David Bautz was an etcher and painter from The Hague. At the age of twenty he started his studies at the Academy of Visual Arts in The Hague, where he was apprenticed to Frits Jansen. From 1932 he became a teacher himself, at the Academy in Rotterdam. Bautz was strongly influenced by William of Konijnenburg. The two painters had the same starting points and went back to the past. According to them, that was 'the pure form of painting'. Bautz received several awards in his life, including a gold medal at the San Francisco International Art Show in 1915.

for salewatercolours and drawings by David Bautz 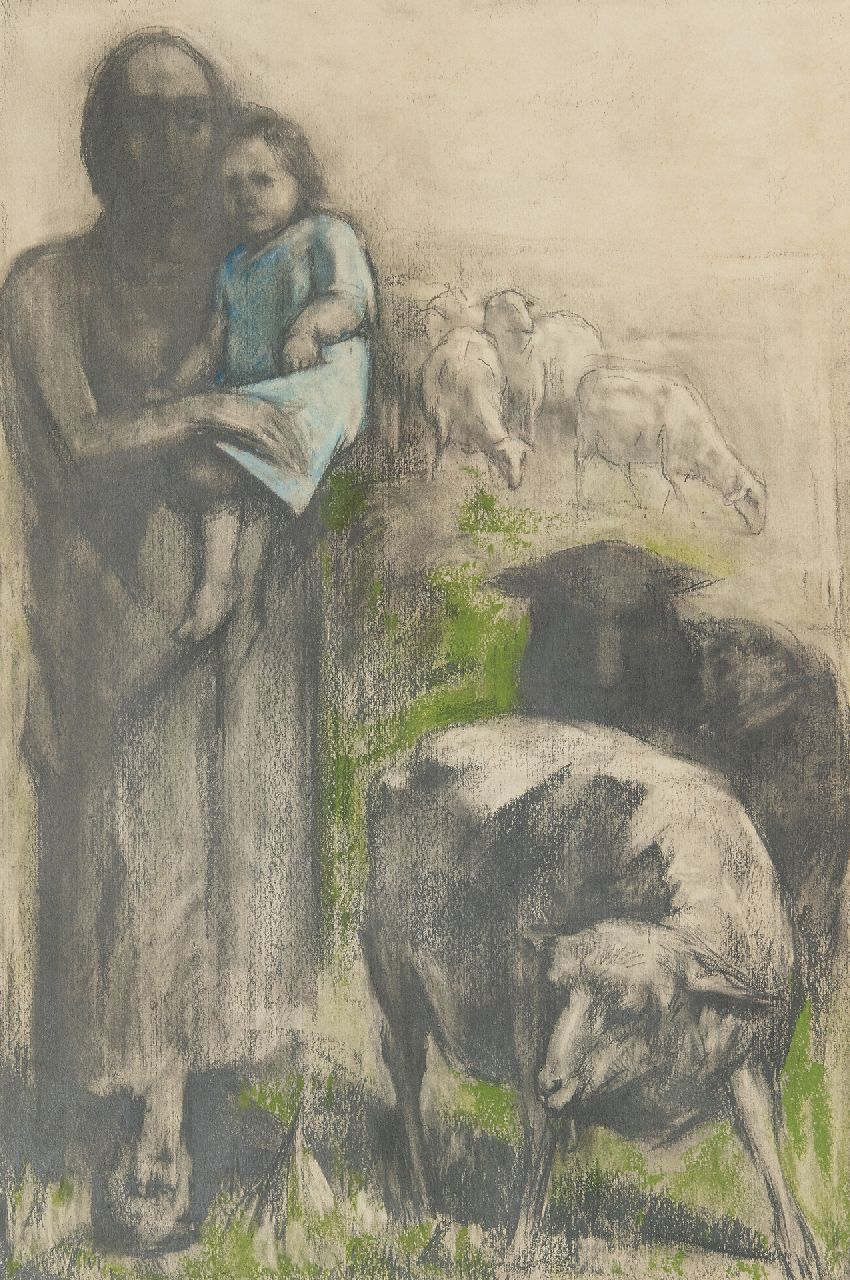 A shepherd with a child