David Oyens, like his identical twin brother Pieter Oyens, was a painter of the good life in Brussels at the end of the 19th century. In describing the life of David you cannot escape Pieter; the brothers were inseparable for much of their lives. Born in Amsterdam, where their father, a successful banker, had unsuccessfully tried to turn his sons into entrepreneurs, David and his brother were sent to Brussels in 1860. There they took lessons during the day at the private studio of Jan Portaels and at night at the Academy of Brussels. At Jan Portaels, the brothers were given a lot of freedom and immediately started painting from a living model, which would benefit them throughout their artistic career.

At the time, Brussels was a thriving city in every respect, where the spirit of the fin-de-siècle reigned supreme and a rapidly growing art market offered ample opportunity for young artists to present themselves. The brothers were not only very similar, but also their work. Their trademark would become genre pieces that were not socially engaged but showed strong personal perception. In the studio they - literally - shared together - it was divided in two by a curtain in the middle - mainly subjects from their immediate environment were painted. Art lovers, helmsmen, fellow artists, models or maids are depicted eating, smoking or chatting in their studio. In contrast to the 19th century humorous genre painter Alexander Bakker Korff, irony does not predominate in their paintings, but is in a pleasant and sometimes amorous mood. Often one of the two of them could also be seen at work - in the work of Pieter David and vice versa - with the brothers relaxing in a chair or courting a model. It is not without reason that the two brothers were called the bon vivants of painting.

For a long time, David and Pieter painted in the same style and the same subjects, which were in line with current developments in Belgian modern art and were influenced by the vision of La Société Libre des Beaux-Arts. This Brussels artists' association, founded in 1868, advocated artistic freedom with regard to style and subject and wished for the imagination of 'la vie moderne'. In a firm and lively touch and with a clear, warm color, David and Pieter balanced between modernity and tradition.

Their name was soon established in Brussels. The new, wealthy citizen stands in line for their paintings. Initially, David's work is more popular than Pieter's. He has a more spontaneous approach, paints quickly and impulsively, uses fresh colors such as bright red and blue and brightens up every painting with this. David's form mastery can also be called very lively or dynamic, but he has less attention to detail. In addition to genre pieces, he also made landscapes, portraits and still lifes. But it was mainly the studio pieces in which he specialized. They usually breathe a friendly atmosphere in which he figure alone or with his brother and sometimes a female model; working, sleeping, smoking or flirting. His work sometimes ties in with that of the Belgian Alfred Stevens, but also with that of a French impressionist like Edgar Degas.

His brother's death in 1894 was very profound for David; he was struggling with his health and painting less. He and his wife tried to settle in Arnhem, but did not last long and returned to his beloved Brussels. There he died in 1902 and was buried in Ixelles, next to Pieter: the twins were reunited.

previously for salepaintings, watercolours and drawings by Oyens D. 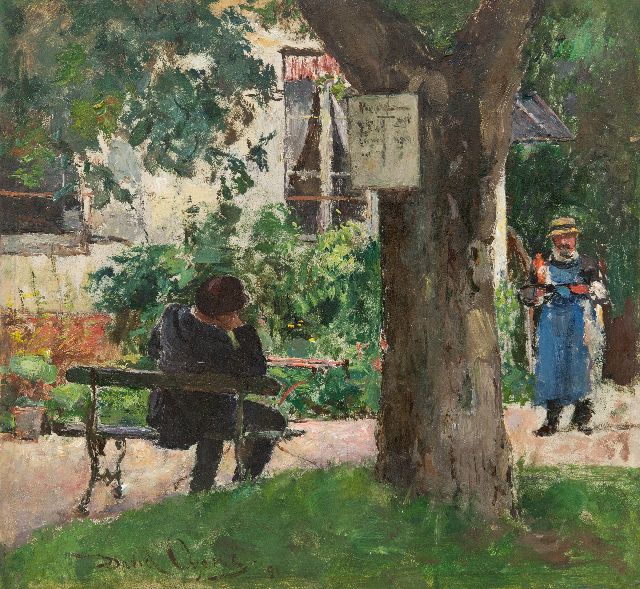 Taking a rest at a terrace in a sunny park 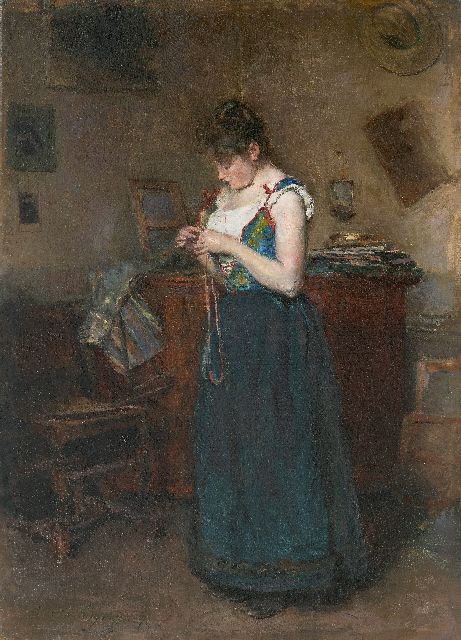 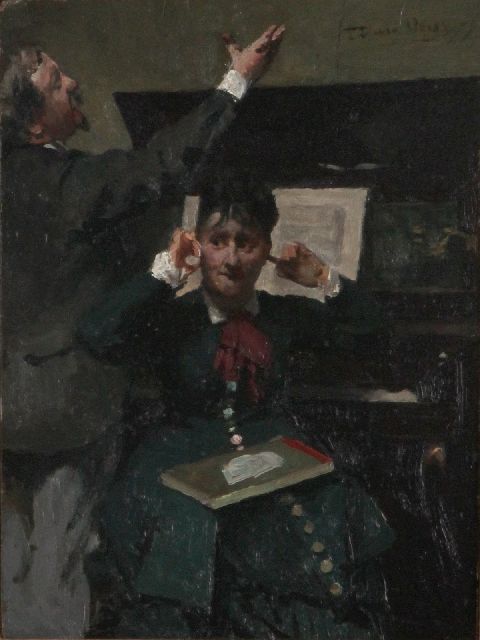 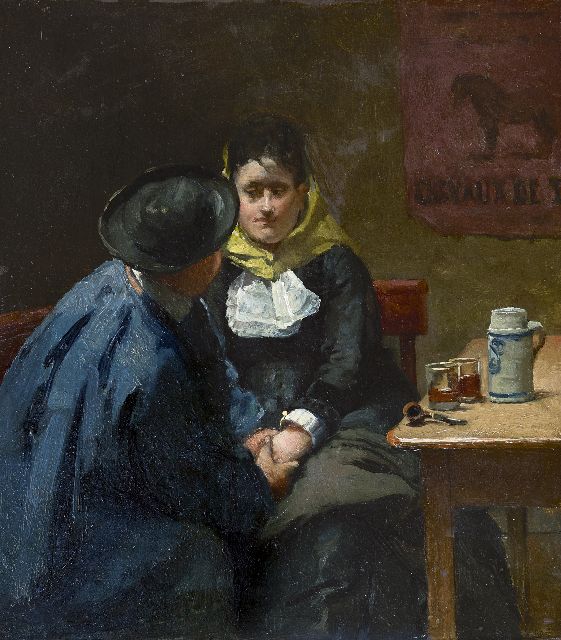 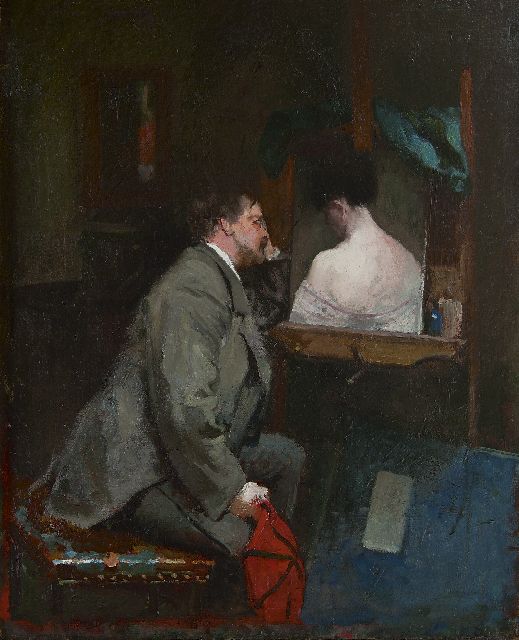 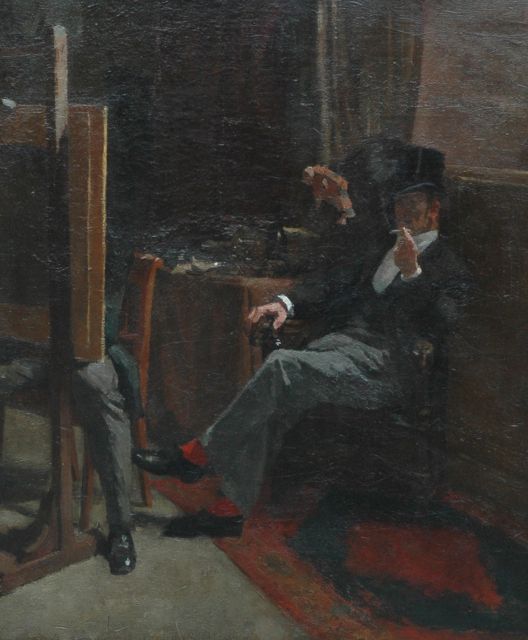 The studio of the painter 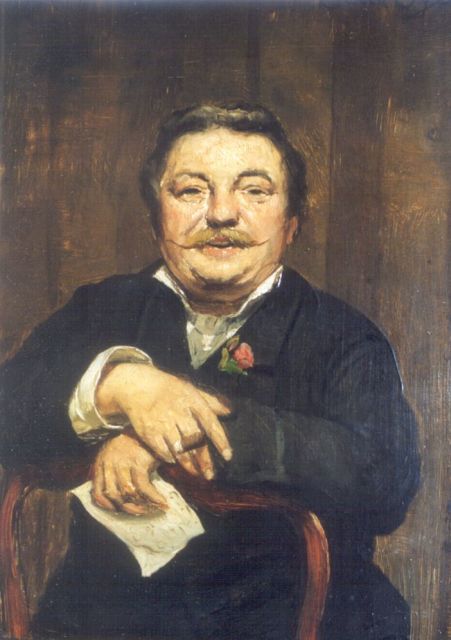 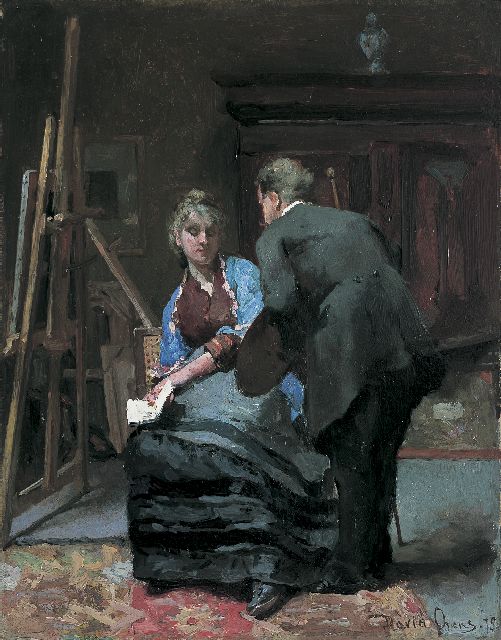 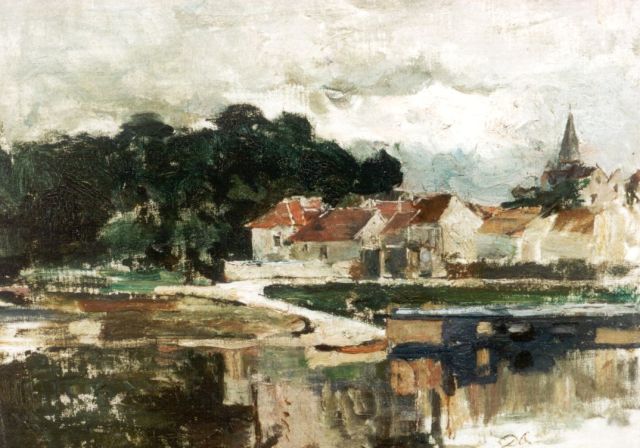 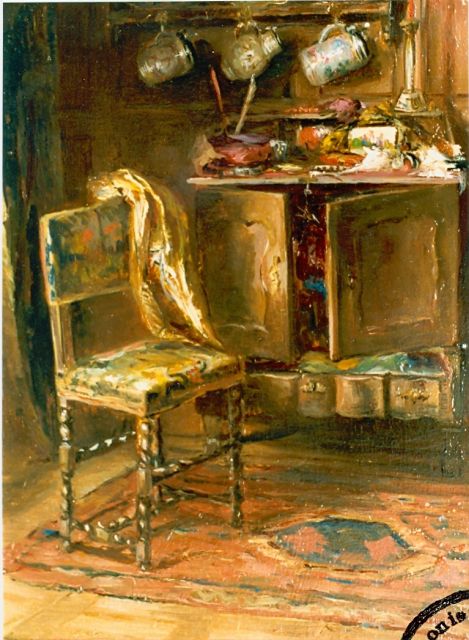 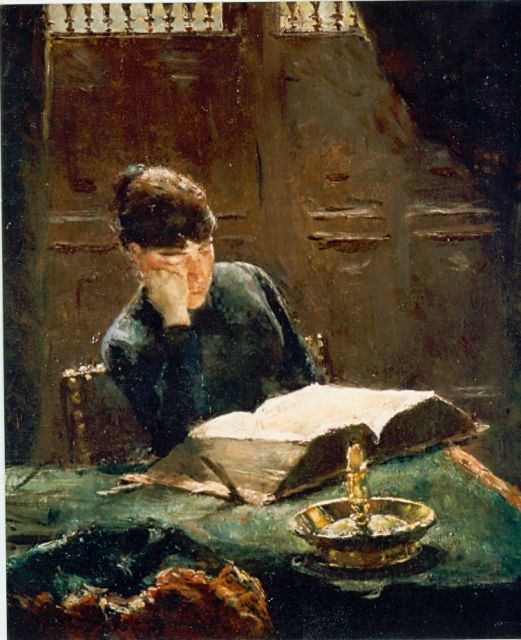 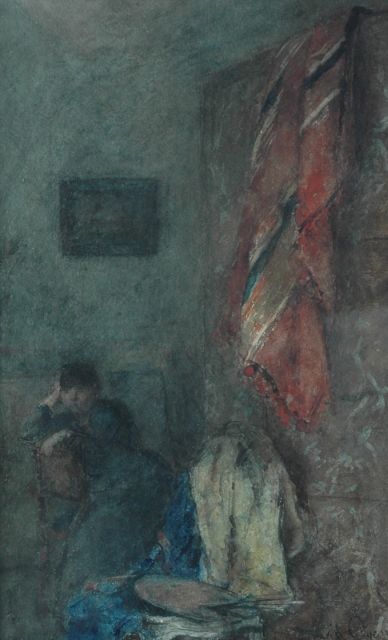 for salepaintings, watercolours and drawings by Oyens D. 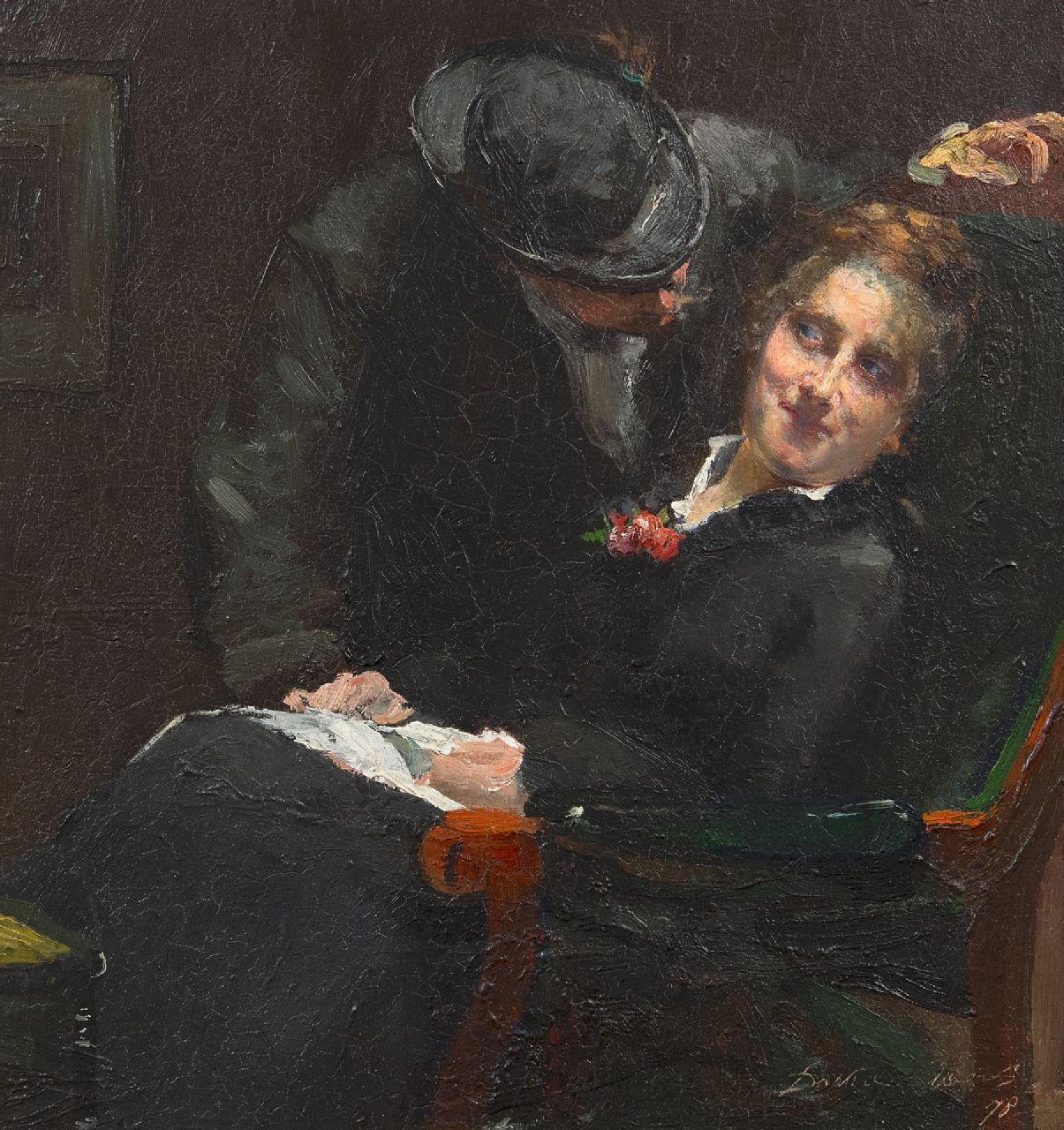