Edith Pijpers was born in Amsterdam in 1886 and was a versatile painter. In The Hague she followed a course at the Drawing Academy of The Hague. She painted, drew and was active as a graphic artist. She also devoted herself to making woodcuts. Early in her career, she lived and worked in Laren and was taught by Hendrik Jan Wolter. In that period she became acquainted with the flow of luminism with the emphasis on strong light effects and bright colors. She then went to work in The Hague, Amsterdam, Gorssel and Amersfoort. The painter became known mainly for her figures, flower still lifes and landscapes in bright color combinations.

previously for salepaintings, watercolours and drawings by Edith Pijpers 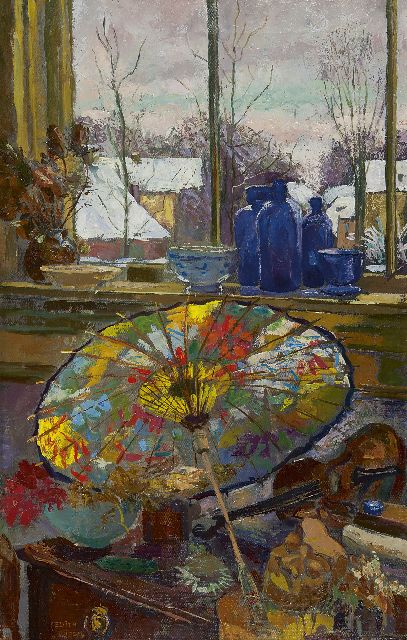 A still life with a parasol by a window 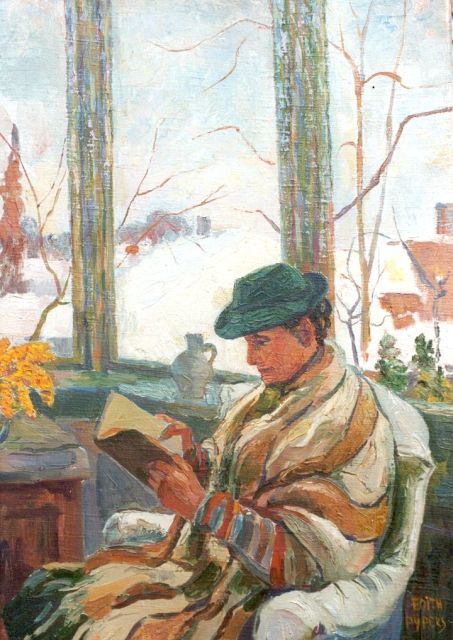 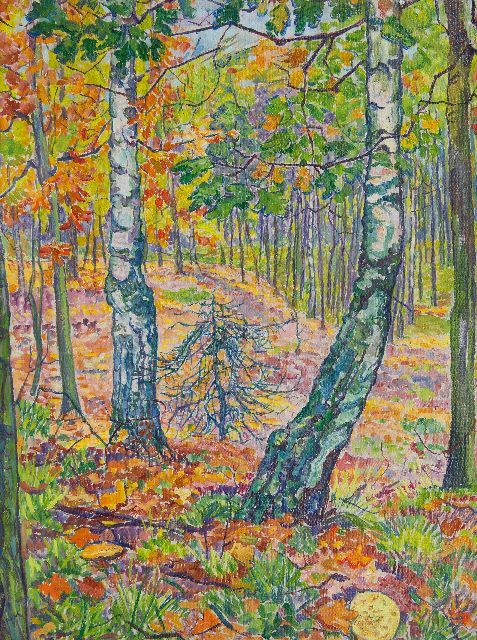 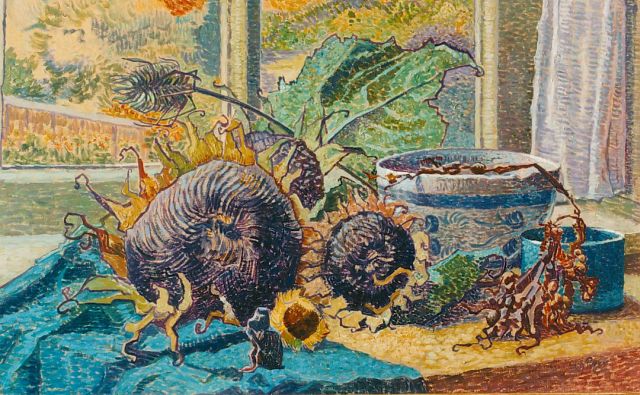 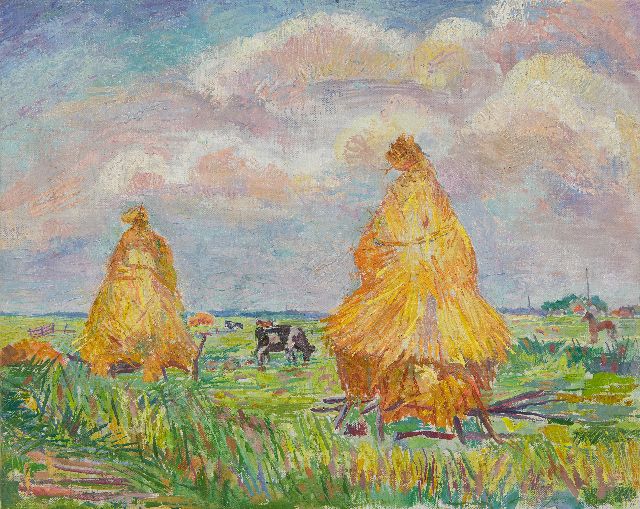 Haystacks in a field 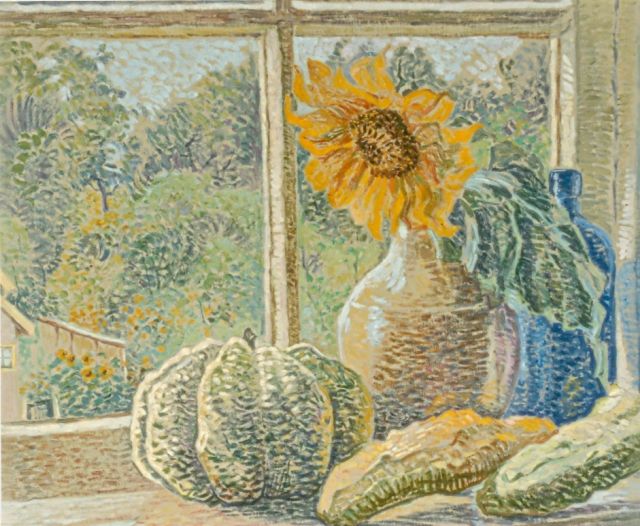 for salepaintings, watercolours and drawings by Edith Pijpers 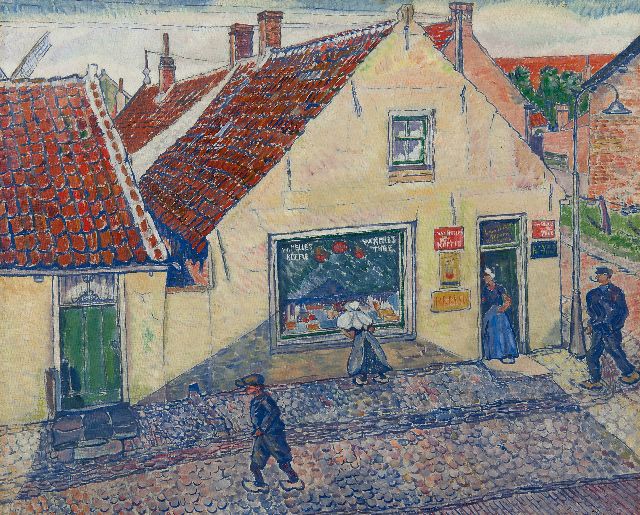 A town's view in Walcheren