Eduard Dollerschell was trained as a lithographer. After studying at the Munich Academy, he moved to Paris around 1911, in these days the Mecca for young painters. Influenced by the work of the French Impressionists, he sketches and draws in chalk intimate portraits of Parisiennes. The First World War puts an end to his stay. In 1918 he returns to Germany, where he focuses on painting genre scenes, still lifes and landscapes in an experimental, cubist-expressionist style. Around 1933 these paintings are declared 'entartet'. During a bombing raid in 1943, much of the painter's work was lost. 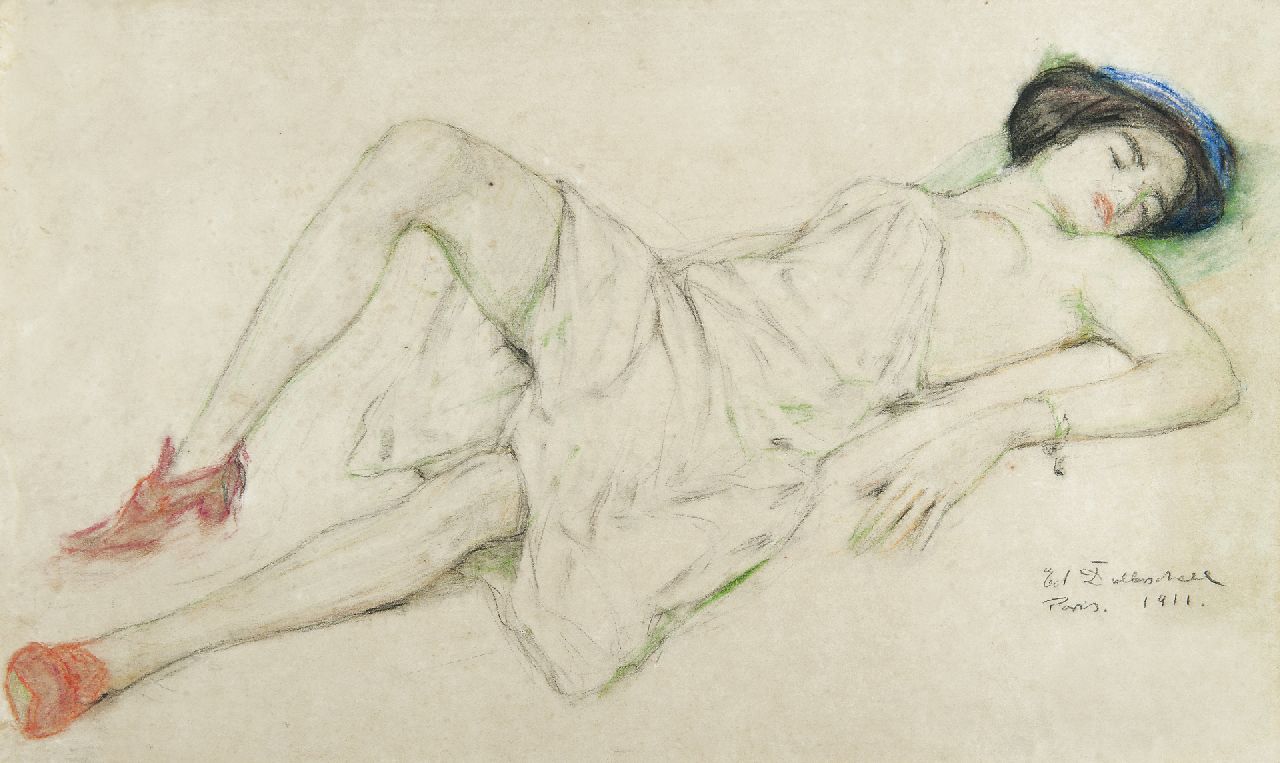