Eduard Frankfort, born in Meppel, studied at the academies in Amsterdam and Antwerp. His early oeuvre largely comprises Bible stories and scenes from Jewish religious life. He went on to paint genre scenes, landscapes and portraits. Frankfort's work is characterised by a dark colour palette and broad brush strokes. Amsterdam was his home from his student days onward, but he also worked elsewhere in the Netherlands, including Drenthe and Staphorst. He played an active role in the Amsterdam art world and occupied prominent positions in Arti et Amicitiae. In 1909, the Stedelijk Museum Amsterdam dedicated an exhibition to his oeuvre that earned numerous awards.

previously for salepaintings by Frankfort E. 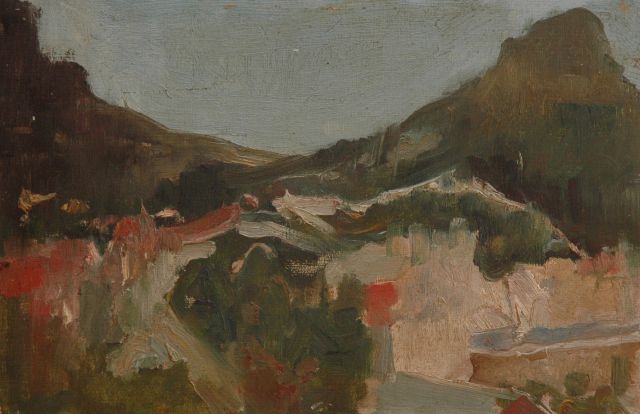 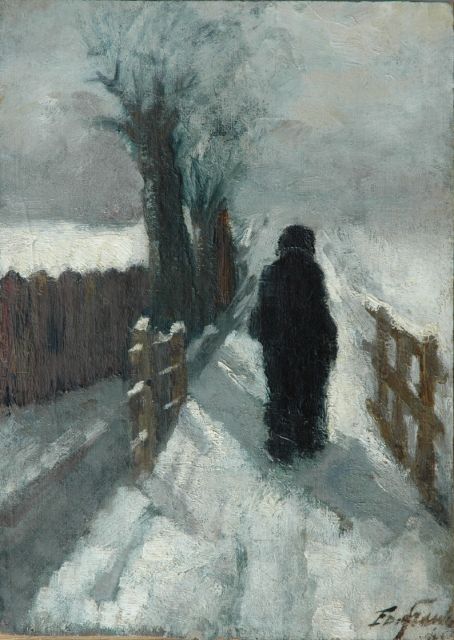 Figure in the snow 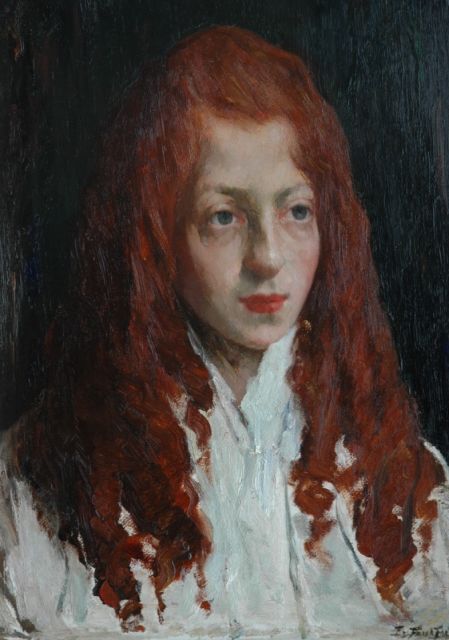 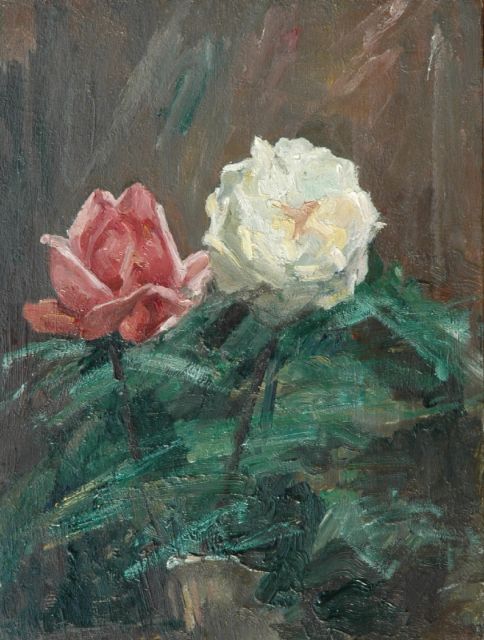 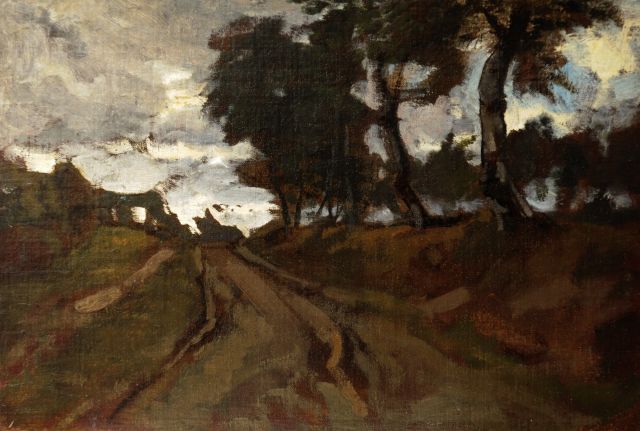 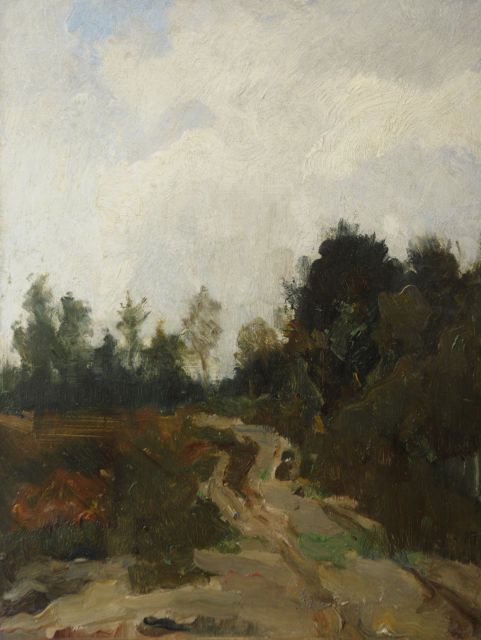 Sandy path in a wooded landscape

for salepaintings by Frankfort E. 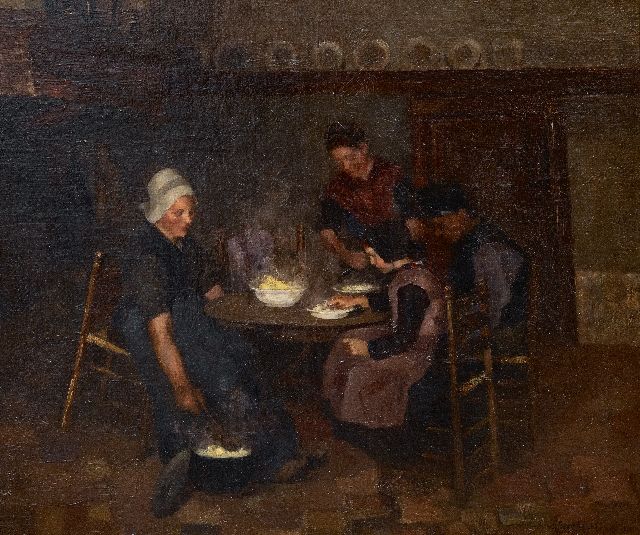 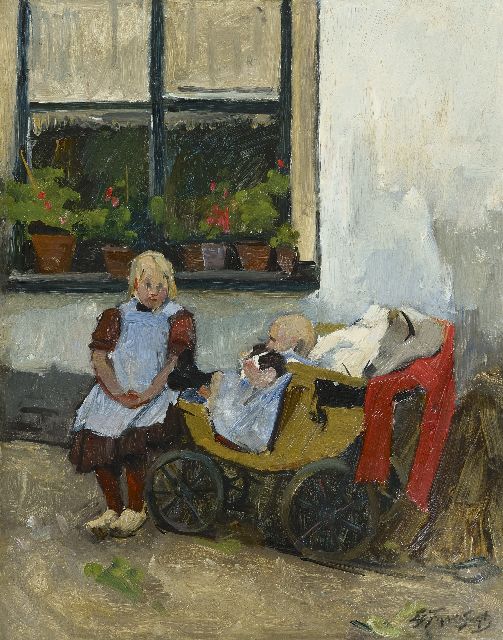 Taking care of her little sister 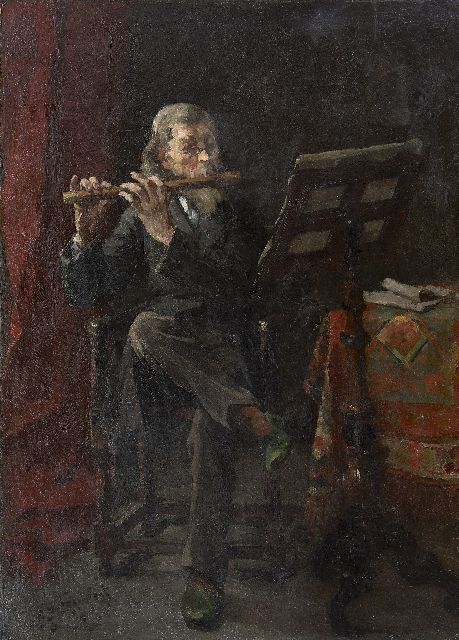